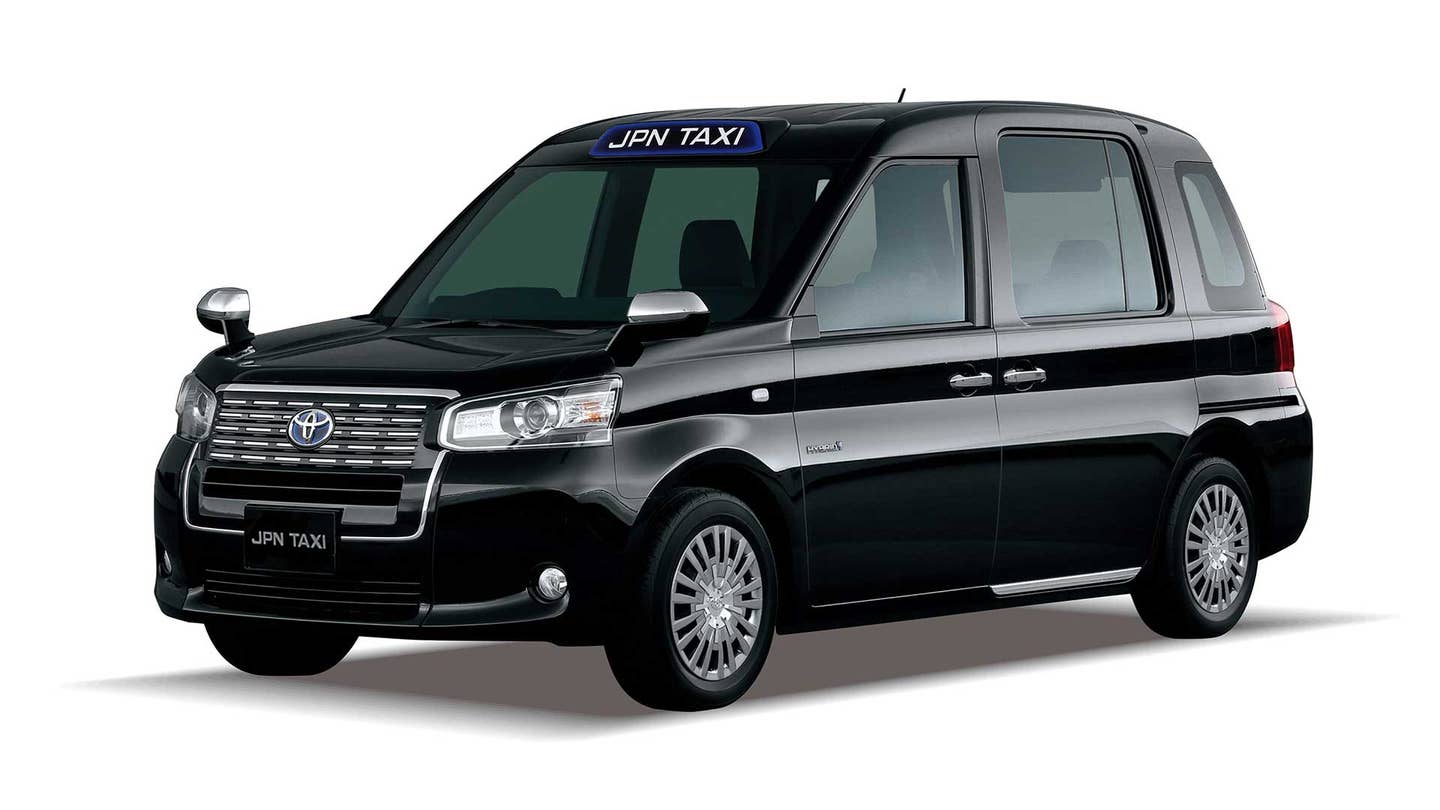 Hail a cab in Tokyo and a boxy, rear-wheel-drive Toyota sedan will pull over to guide you through the world’s most populous metropolis.

The Crown Comfort, a live-axle sedan based on Eighties mechanicals—not unlike the New York fleet’s dearly departed Ford Crown Victoria—has been the go-to car among Japanese cabbies since its 1995 debut. But unlike Ford, which never created a direct replacement to the Crown Victoria when it discontinued production in 2011, Toyota has immediate plans for a new taxi. And just like New York’s so-dubbed “taxi of tomorrow”—a Nissan work van converted to passenger duty—Toyota’s next taxi is as homely in appearance as it is highly functional.

The unnamed taxi at the 2015 Tokyo Motor Show is a pre-production version of a similar taxi concept dating from 2013, and one Toyota vows will be on Japanese streets by 2018. The styling, from the fender-mounted sideview mirrors to the frumpy wheels, is a classic Japanese Domestic Market, or JDM design. Which is to say, completely and unabashedly oddbox. Were the rear side glass deleted in place of a chrome “S” scroll, this Toyota could qualify for hearse duty.

Quirks aside, this mini cab’s enormous greenhouse, low floor and sliding doors make city life easier for the living, particularly for the elderly and disabled. The powertrain is most unusual. Toyota is developing a propane hybrid, the likes of which aren’t seen outside buses and their heavy-duty brethren, to save on fleet costs even more. Propane, also known as liquefied petroleum gas, is widely used among fleets in Asia; Hyundai, for example, introduced a Korean-market propane hybrid Elantra in 2009. No, you won’t find such an engine in the next-gen Prius.

Even with all this progress, we hope our days of happy wafting in Crown Comforts—lace curtains drawn, the in-line-six purring away in Japan’s magical, teeming capital—are not numbered.