There’s another one coming to the Paris Motor Show. Time for an intervention? 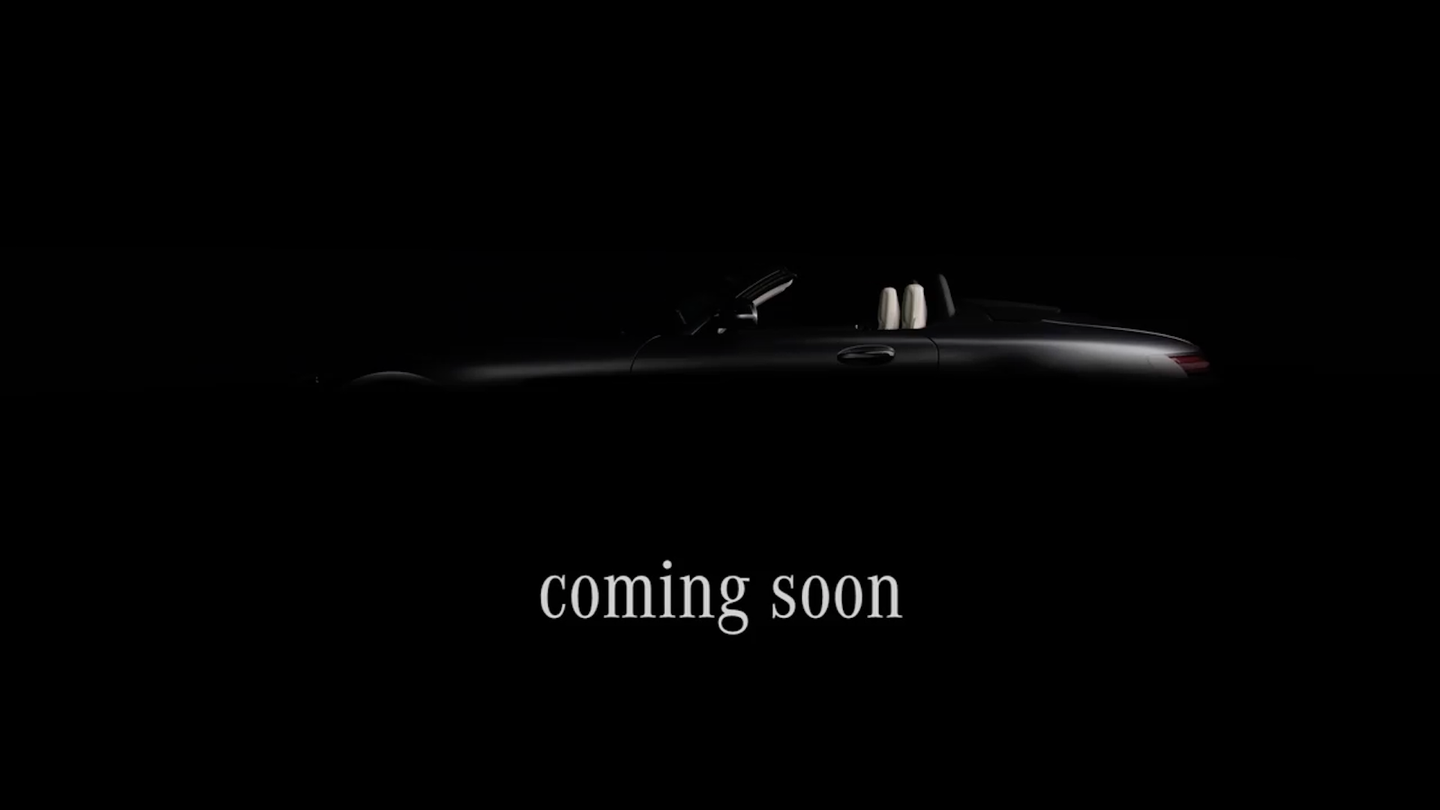 To the surprise of nobody, Mercedes-AMG will debut a convertible variant of its gutsy GT sports car at next month's Paris Motor Show. Confirmation of the new droptop, reportedly dubbed GT C Roadster, comes via teaser posted to social media on Monday morning. The video is short, just fifteen seconds, and highlights the car's silhouette with a once-over spotlight:

Still, there are a few talking points. Namely that the GT C Roadster will use a fabric roof, like its SLS predecessor. Also, the timing of the car’s confirmation—hot on the heels of an Autocar report that the next-generation SL, set to arrive around 2023, will be developed entirely by AMG.

That last bit is particularly interesting. Because, in terms of product, the SL seems to have run its course. The flagship S-Class, now available as a convertible, is pricier and plusher; this new GT C Roadster will probably be as fast and priced similarly to the current SL63, which has 577 hp and starts just below $152,000. And that's to say nothing of the smaller, new SLC roadster. So what gives?

Some of this might have to do with company ownership. Mercedes and AMG are run by Germans, a people hopelessly preoccupied with niches. Germans love filling a niche. Cannot get enough niche. Could you take niche, cut it with baking soda, and reduce it to rock form, the average frau would make Rob Ford look like a model of self-control. It's entirely possible that Mercedes is just compulsively building convertible variants of every model except the G-Wagen, which is a damn shame, because that's the only niche we actually want to see filled.

Alternatively, there's the idea that Mercedes R&D boss, Ola Källenius, wants the next SL to be sportier. The car is reportedly going to a fabric roof, like the GT C Roadster. Engine options will include a new 3.0-liter turbo six-cylinder, and an evolution of the current twin-turbo 4.0-liter V8. The V12-powered range-topping SL65 is expected to return, as well. Since AMG makes both those eight- and twelve-cylinder engines, effectively two-thirds of the next SL model range, handing the car’s development responsibilities over to those guys makes sense. After all, the only thing that gets a German harder than niche is taking a double-shot of efficiency straight to the dome.