One heapin’ helping of retro-styling. 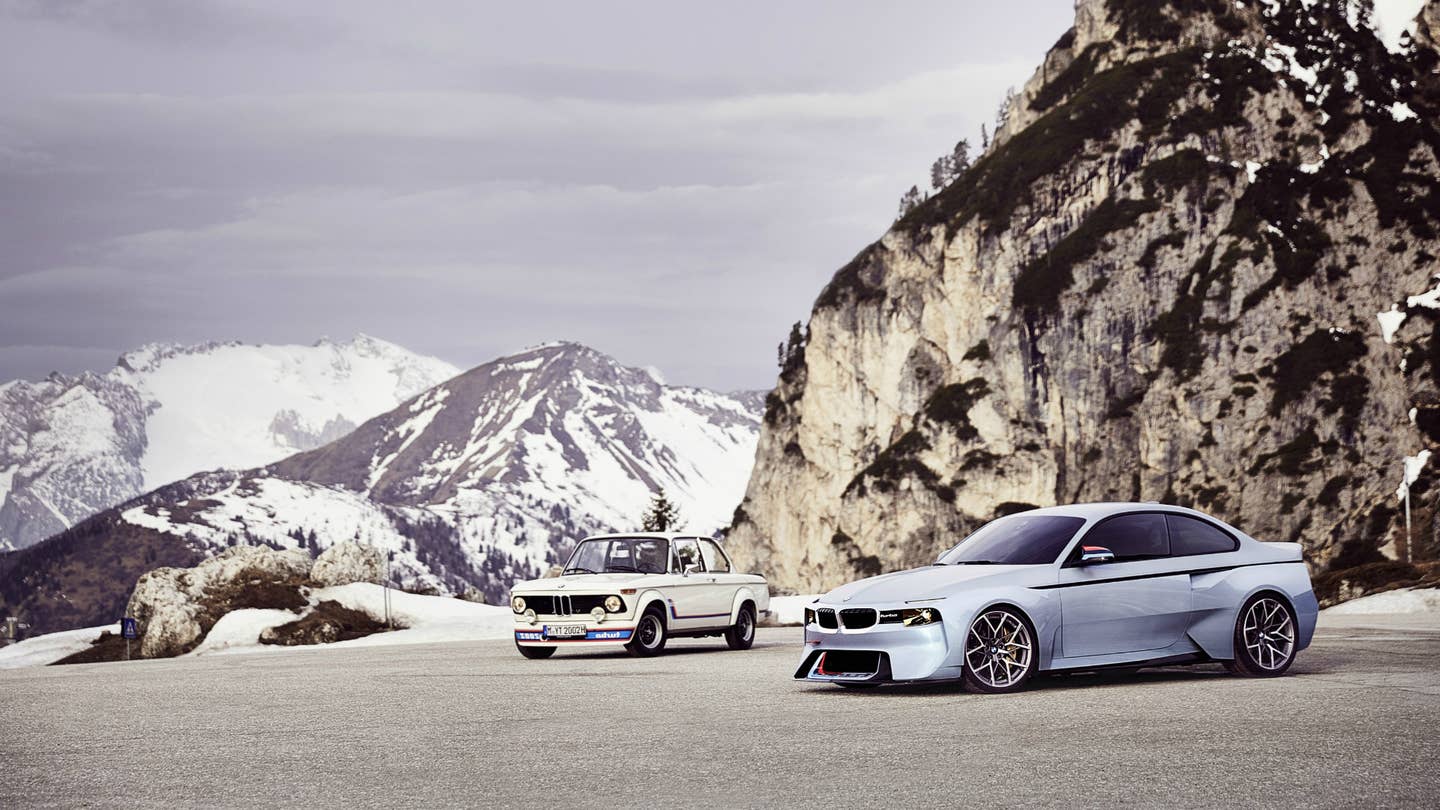 BMW loves Concorso d'Eleganza at Villa d'Este. The Bavarians have helped organized the event for over a decade, and they tend to arrive with some retro-inspired concept car in tow. Last year, it was a nod to the 3.0 CSL. Before that, the original 328 Roadster. Remember the M1 Hommage? That was a Villa d'Este debut, too. The concours is this weekend and, sure enough, BMW’s planning to roll out another heritage concept. Here’s your first look at the 2002 Hommage.

Flat out: This thing isn’t as pretty as the original car. Not even close. It’s based on the new M2, which made nailing the 2002’s best features (namely, that lovely greenhouse) impossible. But what the 2002 Hommage lacks in visual grace, it makes up for in clever callbacks.

The carbon body trim apes that of the chrome beltline on the original car. The rear roundel is off-center, also like the original. Those big ol’ fenders flares are a modern and moulded take on the 2002 Turbo’s bolt-on shoeboxes. The turn signals are divorced, set above the circular headlights. And the requisite tri-colored M graphics are here, too, running down each side. If retro styling is your thing, this concept car’s the perfect piece of eye candy.

Of course, the 2002 Hommage is just that—eye candy. BMW won’t even talk mechanical specs. That’s fine, because this concept is simply a nod to the original sport sedan, the archetype, on its 50th anniversary. If nothing else, the photos prove a point: A half-century on, the old 2002 is still the boss.