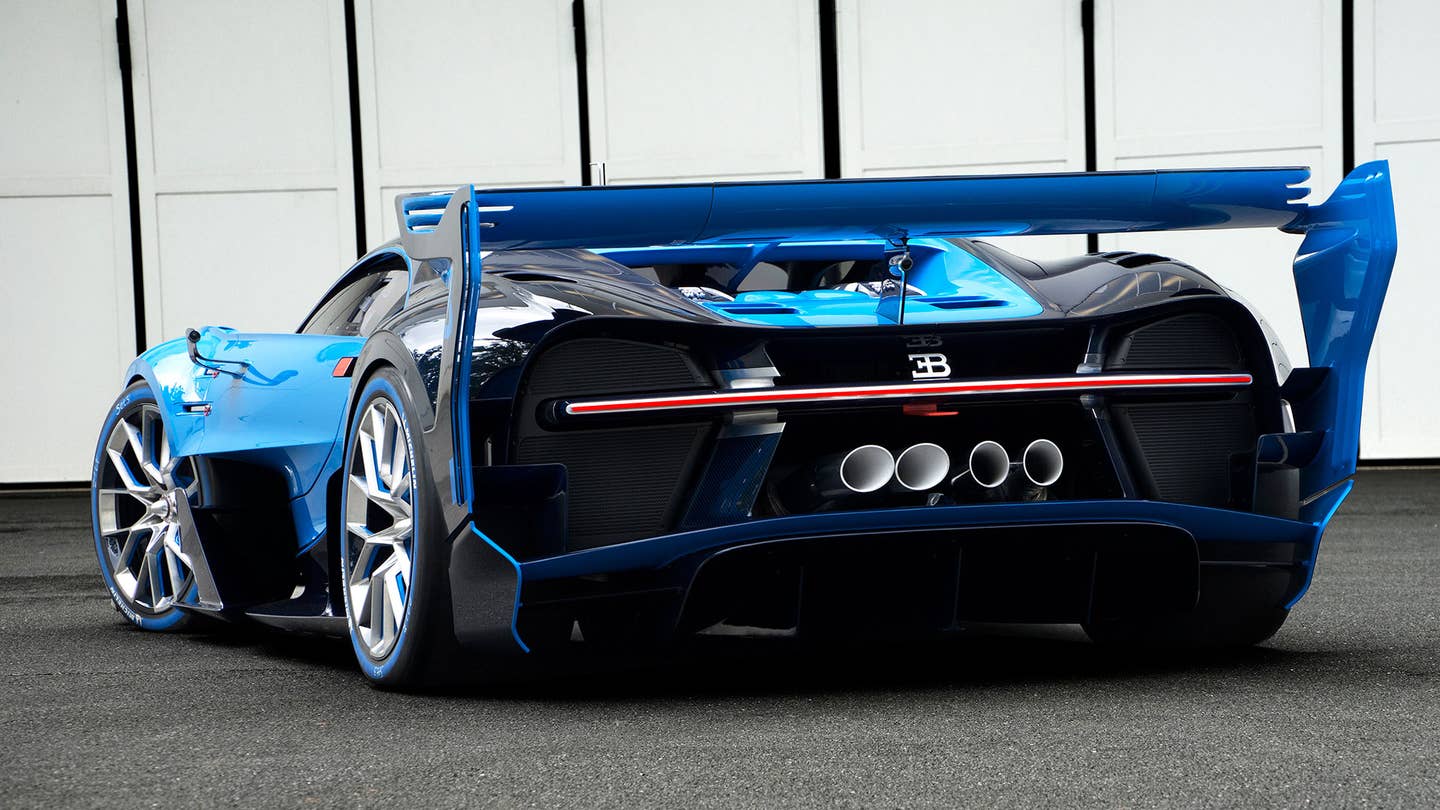 Mercedes-Benz is releasing the Mercedes-AMG C63’s more docile brother, the Mercedes-AMG C43, into the mix. The C43 was originally badged the Mercedes-Benz C450 AMG, but since Mercedes has killed that naming style we have ourselves a new model. Still, there are some minor differences between the two, one being a nine-speed transmission and the other being the addition of a two percent rear bias. With these minor tweaks you can expect to see the C43 launch to 60mph in a respectable 4.7 seconds.

Most of us have seen pictures of the Bugatti Vision Gran Turismo and thought, “Well, that thing looks terrifying.” Fortunately, we now have audio of the beast and yes, it’s definitely terrifying. Although this vehicle is a one-off, a lot of the styling will be used for the Bugatti Chiron.

Ducati has just released their MotoGP competition bike and this baby is demonic. The Ducati Desmosedici GP is a 346.1lb bike with an estimated 245 horsepower. For those of you who aren’t good at math, that is an astonishing 1.4 pound per horsepower! Expect to see this beast at the beginning of the MotoGP season in Qatar on March 20th.

Looking to travel the country in style? Forget everything you know about planes and trains because a Pendleton edition Airstream trailer is the only mode of transportation you should be thinking about. Loaded to the brim with Pendleton fabrics and beautiful woods, this is the mobile, $114k vacation home you have always wanted.

In a world where smartphones have grown in size to comparable to those yippy little handbag dogs, it has become a pain to listen to music while working out. Free yourself from the bulk and check out Mighty, a 1.5 inch Bluetooth Spotify streaming device.

Today’s beer pick takes us to Portland, Maine and Bunker Brewing. Founded in 2011, these young brewers have taken the craft beer scene by storm, producing tons of heady small batch beers. Make sure to stop by their taproom and show your support.

Vans, the iconic lounging-around Spicoli slip-on, have gone the way of the luxury sneaker. The low-profile is classic SoCal skater, but the beautiful espresso-colored leather uppers on these Indigo Classic Slip-ons are pure brunch at your Mediterranean palazzo.

AMC’s hit show is back. Let’s take a deeper dive into the best-of-the-worst vehicles.