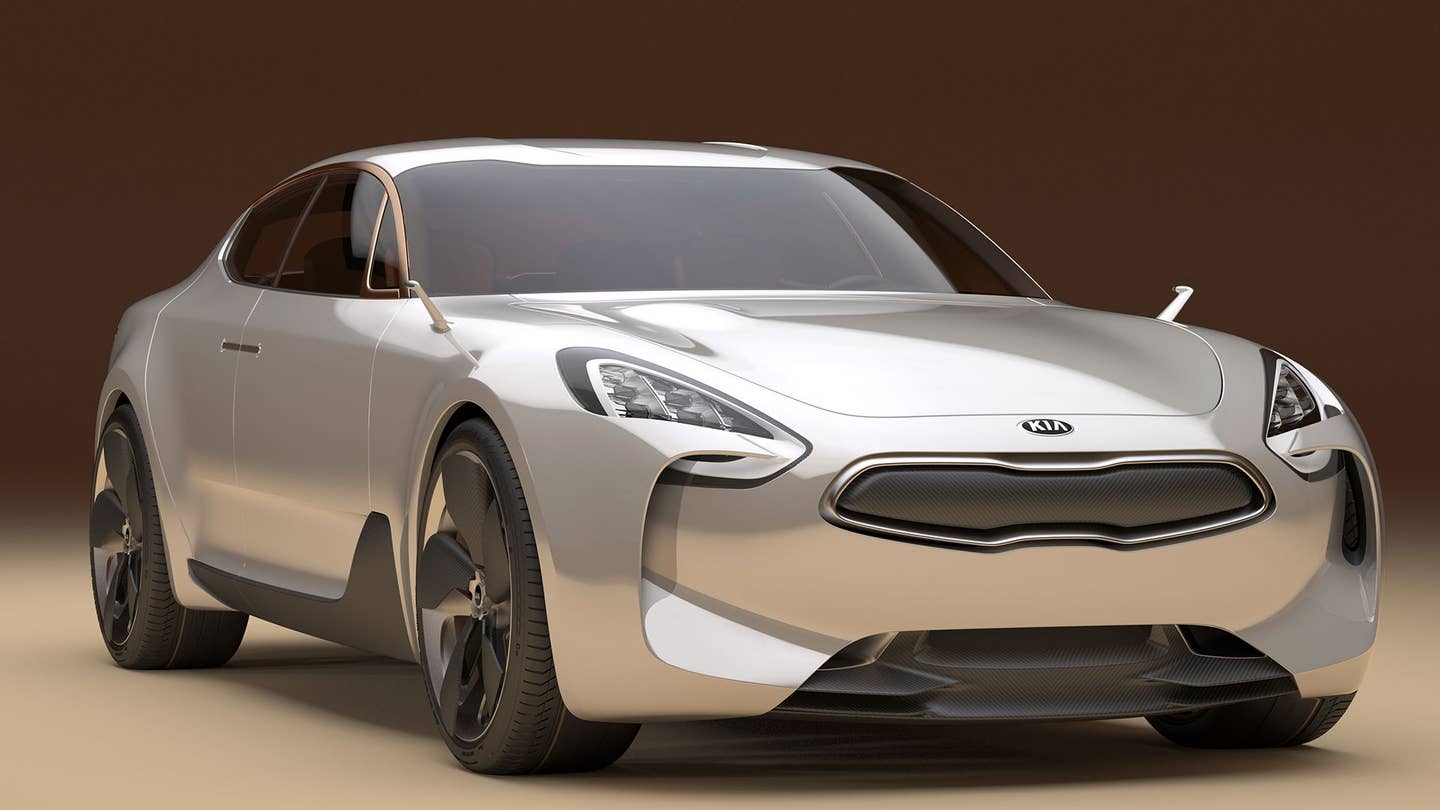 Reuters says Kia has put a bullseye on the BMW 4-Series Gran Coupe. The South Korean carmaker plans to build a rear-wheel-drive four-door sport sedan that will launch next year, endeavoring to “burnish a sporty, younger image.” Kia already has a youth-oriented image thanks to inexpensive offerings and those rapping hamsters, even though the average age of buyers hovers just north of 50. A sport sedan going for the takedown on a premium German, though, could dull the perception that those buyers are merely miserly or impecunious.

Hyundai’s little-brother brand has been gearing up to go athletic for more than four years, ever since it showed the GT Concept sport sedan at the 2011 Frankfurt Motor Show. In spite of this latest report, however, we’re still not sure which route it’s going to run. In October 2013, Kia marketing VP Soon-Nam Lee said a production version of the slinky four-door could come at “the end of 2016 or early 2017.” In May 2014, Lee told a different publication that plans weren’t finalized so “no official confirmation can be given.” In October 2014, Kia execs “confirmed” a retail option was on the way and ready to turn its laser scopes on any passing Audi A7, BMW 5-Series Gran Turismo and Porsche Panamera.

If it’s targeting the Audi A5 and BMW 4 Series Gran Coupe now, that’s a different kind of ammo. It’s all a guess at the moment, but we’d be surprised at a showroom model with the 390-horsepower 3.3-liter twin-turbo V6 from the concept, even in top-tier trim. It would make sense for an A7 fighter, but the A5 tops out at 220 hp, the non-M 4-Series peaks at 300 hp. We’re also told whatever’s coming next year will be a “compact sports sedan” smaller than the Hyundai Genesis Coupe; the Hyundai is 0.4 inches longer than a BMW 4-Series Gran Coupe, the Kia GT Concept is the exact same length as that BMW.

And then there’s the matter of the GT4 Stinger concept shown at the 2014 Detroit Motor Show, a proper low-down, lightweight, affordable two-door coupe that has also done the two-step between concept only and production reality. It could slot in beneath the four-door to scoop up more buyers, but let’s just wait until May next year when the car rolls off the line and we’ll know what’s what. We know something’s coming and there’s a good chance it will be cool, so we’ll be happy with that for the time being.