The 2022 Zero FX ZF7.2 Is an Electric Bike That’s Good at a Bit of Everything

The utter silence on the trails leaves you to concentrate on more important things, like perfecting your line.

The all-electric 2022 Zero FX is a jack of all trades. While I’m not partial to that oft-repeated phrase, the addition I’ve heard lately adds something I think makes it work: A jack of all trades, master of none, but still better than a master of one. That’s because I think we lose sight of overall capability when we talk about all the masters of one.

Think of all the one-trick ponies available today. You’ve got the Aston Martin Valkyrie, the Ducati Panigale Superleggera V4, Alpinestars’ GP Pro v2 race suit, Barrett’s MRAD, a Red Dragon, a B2 Spirit, or a pair of Christian Louboutin. These are all fantastic, and you’d be hard-pressed to find something better suited for their intended tasks. But get them outside of those confines, and they just won’t work. The Zero FX is the complete opposite and better for it.

On- or off-road. Jake Richmond

Do you want to run single-track dirt and crawl over rocks? The Zero’s ready, though knobbier tires would be beneficial. How about blazing mountain roads, dropping a knee, and scraping the kickstand and footpegs? “Let’s go!” says the Zero, but it won’t be as thrilling as a sport bike. Do you need to just hop around town and jump curbs? Yes and yes, but battery range will be a consideration.

It may not have a specific discipline, but the breadth of what it’s capable of doing is far better than any specialized weapon.

Founded in 2006 by Neil Saiki—a former NASA engineer—Zero’s quietly (get it?) made a name for itself in the motorcycling industry. In addition to the FX, it also makes a handful of sport and naked electric motorcycles, with the FX occupying the lightweight dual-sport/motorcross portion of the company’s lineup.

The most talked-about electric vehicle stat is, of course, range. The Zero’s is pretty dang average. Factory specs say the 7.2-kWh battery (there’s a cheaper 3.6-kWh option) is good for 91 mpge city, 39 highway (at 70 mph), and 54 combined. Real-world miles are between 60 and 80 per charge, which is comparable to motorcycles of similar size and weight (Husqvarna Vitpilen 401, Honda CRF450). I routinely got around 70 to 80 miles per charge, even though I’m not exactly a lithe test rider.

If you live somewhere close to fun roads and trails or you can load it up into the bed of a truck like a dirt bike—as I did a couple of times—you’ve got more than enough range to have fun. That said, it was tough for me to see its license plate and not feel like a turkey loading it into the back of a pickup.

Charging the FX is easy, though it takes a while. Zero dropped the FX off with the standard 120-volt charging cord, and it was slow to get up to a full charge. I really didn’t feel too constrained by its slower uptake because I often ride in the afternoon and let it charge overnight. An optional quick charger is available for an extra $640 and cuts the charge time in half. I’d get it just to get back to having fun quicker.

Zero’s FX is designed to be a dual-sport motorcycle, meaning it’s supposed to be capable of fun on both pavement and dirt. The company’s engineers must have been listening to Tay Money, as it understood the assignment.

As for looks, there’s not much to call it out as an electric motorcycle. It just looks like a nice dirt bike. The only giveaway, aside from the lack of exhaust and noise, are the golden fins of the motor in between the bike’s frame. I will say that its light design is interesting and I’m not sure it’s the way I’d go, but it’s certainly eye-catching.

The FX comes with Showa adjustable forks (8.6 inches of travel) combined with a Showa adjustable shock (8.9 inches of travel) in the rear. I’m not sure how they did it, but the dampening and rebound are set up damn near perfectly for either discipline. Out on the trails, the shocks soak up large rocks and rutted paths, reducing the strain felt through your arms and legs. And while softer sprung than some on pavement, it doesn’t feel spongy like some ADVs, likely helped by its featherweight 289 pounds. You can easily keep up with all your sport bike friends, even those with Ducati Streetfighters.

Aiding the FX’s capabilities is the bike’s brushless motor, which puts out 46 horsepower and 78 pound-feet of torque through a belt drive. An optional chain drive is available for better off-road durability and is a necessity if you're going to use it as a true dual-sport. At low- and high-throttle input, it’s a delight and extremely manageable. You’ve got nanometer accuracy in its throttle delivery. Just above low-throttle input, though, there’s this swell of torque that can catch you out if you’re not careful. There’s also zero traction control, so when you’re out running trails, you’re likely to end up in the dirt at some point. You get used to it, but a more linear power band would be beneficial.

Brakes are handled by Bosch, and the bike comes with ABS. Front bite is strong but not overly grippy, while you can drag the rear brakes to keep you upright and on line going downhill through dirt.

The Zero’s front and rear brakes are also regenerative, but they’re not as aggressive as some car-based systems. They feel closer to the Porsche Taycan than the BMW i3, which is more one-pedal oriented. The regenerative braking is set to be more aggressive in the motorcycle’s Eco mode, and less so in Sport, but is fully adjustable in the motorcycle’s Custom setting through its app.

Running through the canyons or on tree-lined trails in complete silence is both eerie and positively lovely. You can hear the rustle of the leaves swaying in the wind and better feel what the bike is doing beneath you. There’s no noise or vibration interference, and that quietness affords you the ability to pick your lines perfectly. Makes it really easy to set up jumps, too.

Oh, the places you will go. Jonathon Klein

Without a clutch or tachometer to worry about, you’re free to focus on the fundamentals and end up concentrating on the road ahead more than you would on a gasoline-powered motorcycle. (And I honestly didn’t miss shifting or the gear lever, aside from grabbing for it a few times in the beginning.) It makes the Zero a great tool for beginners and seasoned riders alike. When I went riding with a friend who used to be a stunt rider, he said, “I love following you on that thing as your lines are impeccable. I can just stick to your tail, and it’s so much better than mine if I were riding solo.”

That same focus goes for dirt, too, as I could pick and choose my lines through gnarly trails without the worry of stalling an engine. And that’s with Pirelli Scorpion MT90 dual-sport tires, not knobby ones such as on the Multistrada V4 S or CRF450RX. The trails were no Erzberg or Romaniacs courses, but for something with such road-focused tires, the Zero should’ve been more of a fish out of water.

And in a stroke of bad/good luck, I had the opportunity to experience the Zero’s maintenance ease. On one outing, I dipped to hit some trails. But before I could reach the promised land, a two-inch screw found the rear tire. I was only a few minutes from home, so I limped back safely, but the screw meant a new inner tube and that meant removing the rear wheel.

The teardown included a single bolt, and because you’re working with a belt drive instead of a chain, removing the wheel took all of five minutes. My local shop threw in a new tube in the time that it took Alli, the kids, and me to grab snow cones. Returning the tire to the bike took another 10 minutes, tops. I also broke the Zero's belt. Luckily, I wasn't on a far-flung trail without reception or a distress beacon and my friend, Jake, was with me who then called his partner to come and pick us up. A new belt is the same process as above, so no sweat. Get the chain kit.

There are some master of none issues to be highlighted, however. The handlebars are too low for my six-foot-four frame when standing up riding dirt. A set an inch taller would make it better. The front fairing does an admirable job of diverting the wind away from your chest, but the shape of this motorcycle is a glorified dirt bike, so wind protection isn’t really a thing. There’s also the issue of taking a passenger for a ride. Can’t really do it unless they’re under the age of 5 because seating is tight.

There’s also one safety issue I encountered. The Zero needs an audible chime to remind you the bike’s still on after you’ve fallen.

Using the bike’s throttle to help me, I lost my footing loading the FX into the back of my truck and dropped it. (It happens!) But when I went to pick it back up, I grabbed the throttle thinking it was off, twisted it, did a burnout in the back of the truck, and pinned my middle finger to the bed’s wall. I’m fine, but a simple chime would greatly reduce the chance for whiskey throttle.

Out in the world. Jonathon Klein / Jake Richmond

Zero priced the FX ZF7.2 at $11,995, which includes the company’s standard two-year motorcycle warranty, along with a five-year/unlimited miles powerpack warranty, and the standard plug. I don’t think that price tag is unreasonable. You’re getting a fun, simple, Swiss Army knife of an electric motorcycle. It’s a good recipe, and the fit and finish of the Zero is as good as any other legacy motorcycle manufacturer.

I think I’m in the Zero FX’s target demographic. I’m not super bothered by having to load it up into the back of my truck. I also have access to nearby canyon roads and miles of dirt trails that mitigate range anxiety. And I greatly enjoy the silence and usability of electric vehicles.

But this motorcycle can easily be used by just about anyone. And everyone who rides it will have fun, no matter what terrain you decide to enjoy it on. It also made something like trail riding, an event usually punctuated by the sound of a noisy two-stroke, all that more pleasant. I hope to see more manufacturers parrot Zero’s capabilities soon. 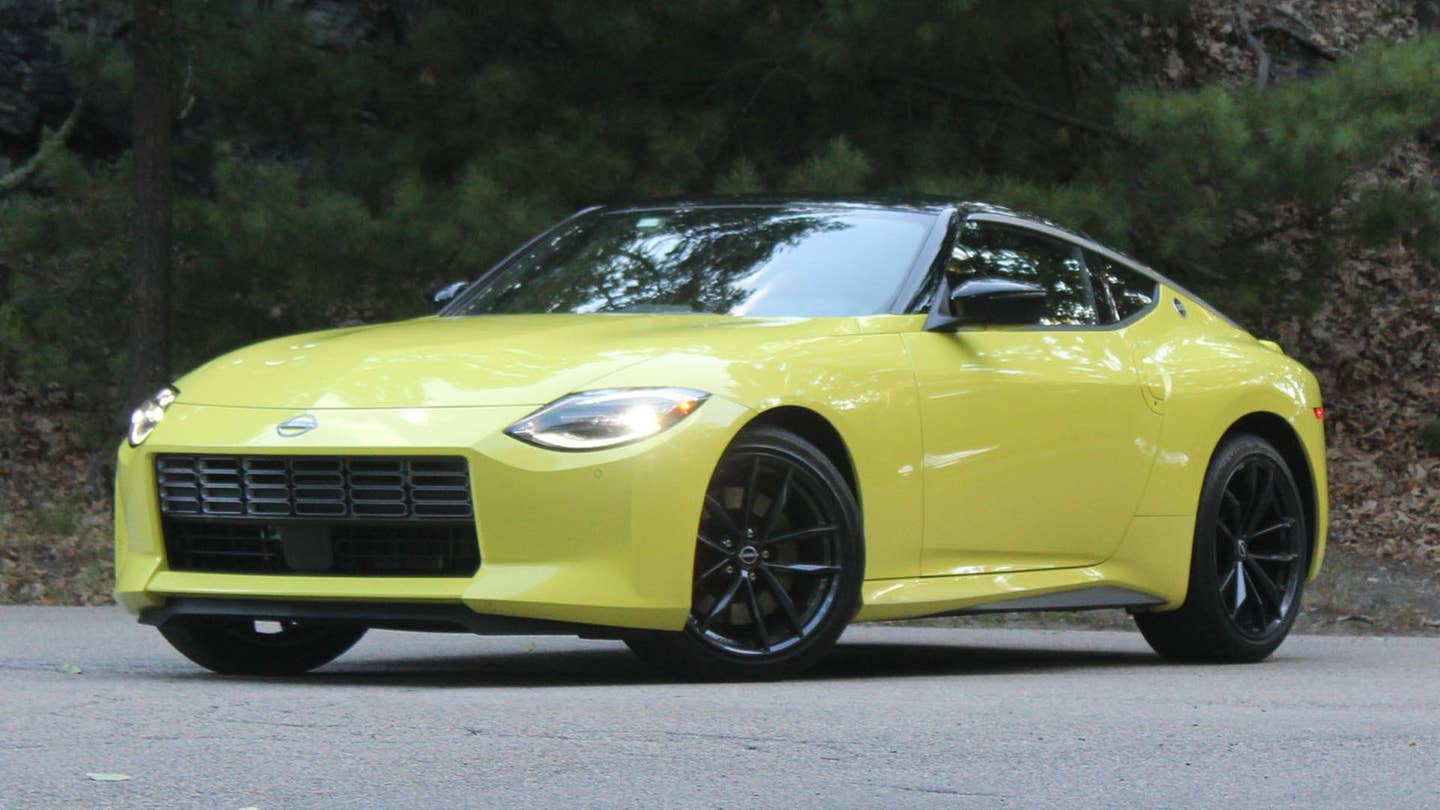 The 2023 Nissan Z Is Imperfect but Worthy of Celebration

With a combination of new and old parts, the 2023 Z is one of the more charming cars for sale today. 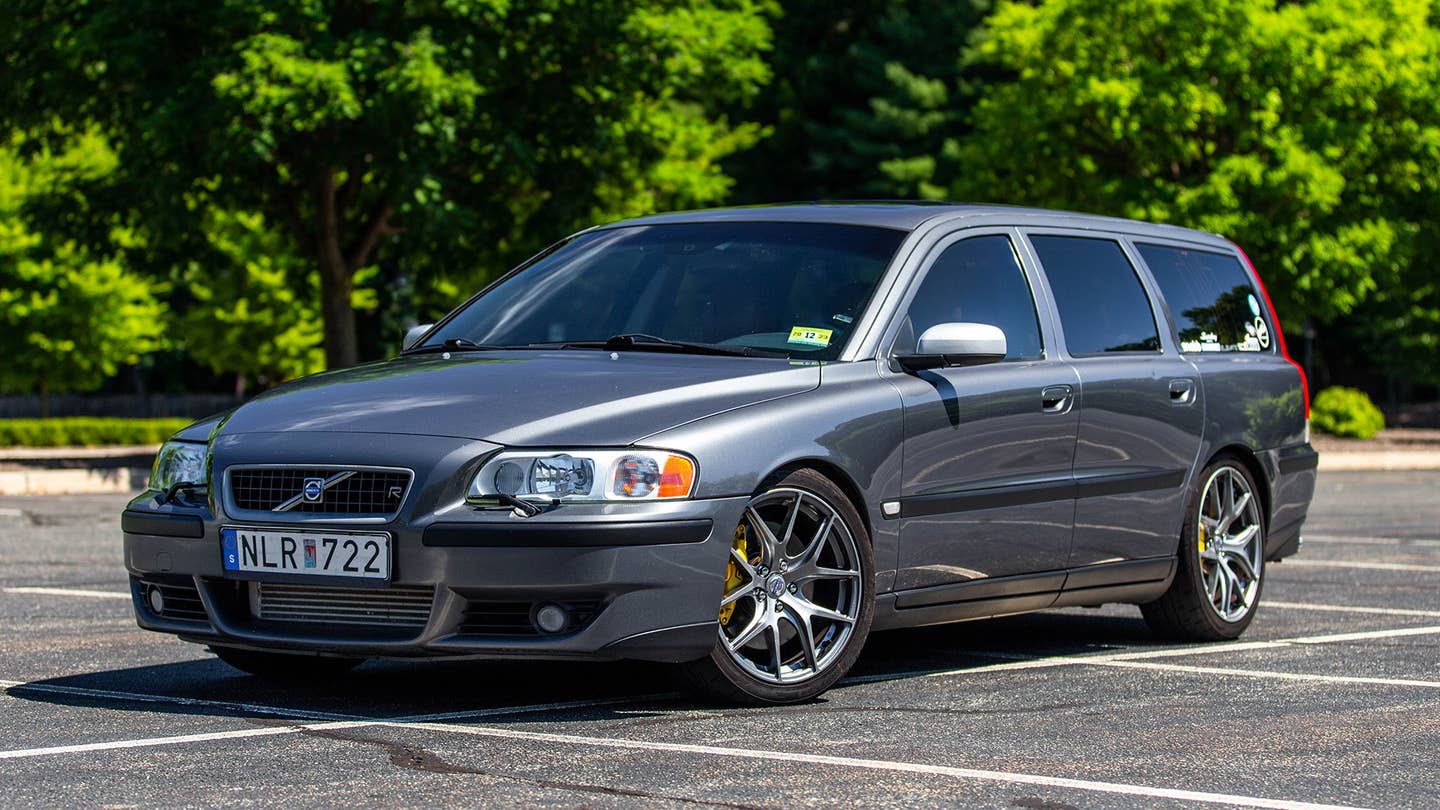 Sweet car nerd dreams (are made of this Volvo). 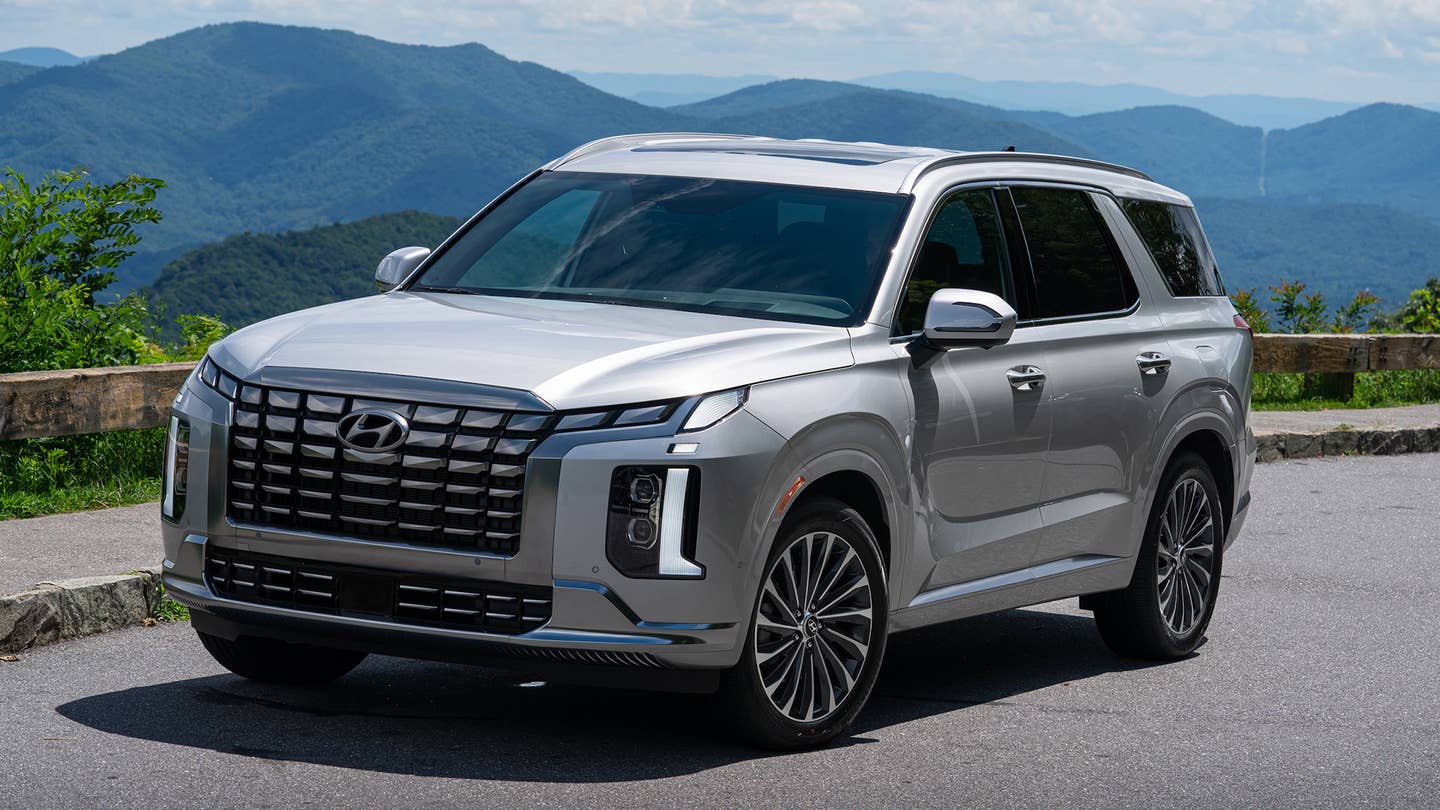 The 2023 Hyundai Palisade Looks a Lot Better Now, and Is a Better Buy, Too