The Next McLaren Hypercar Will Do Over 243 MPH

McLaren’s upcoming three-seat hypercar will have a higher top speed than any McLaren before it. 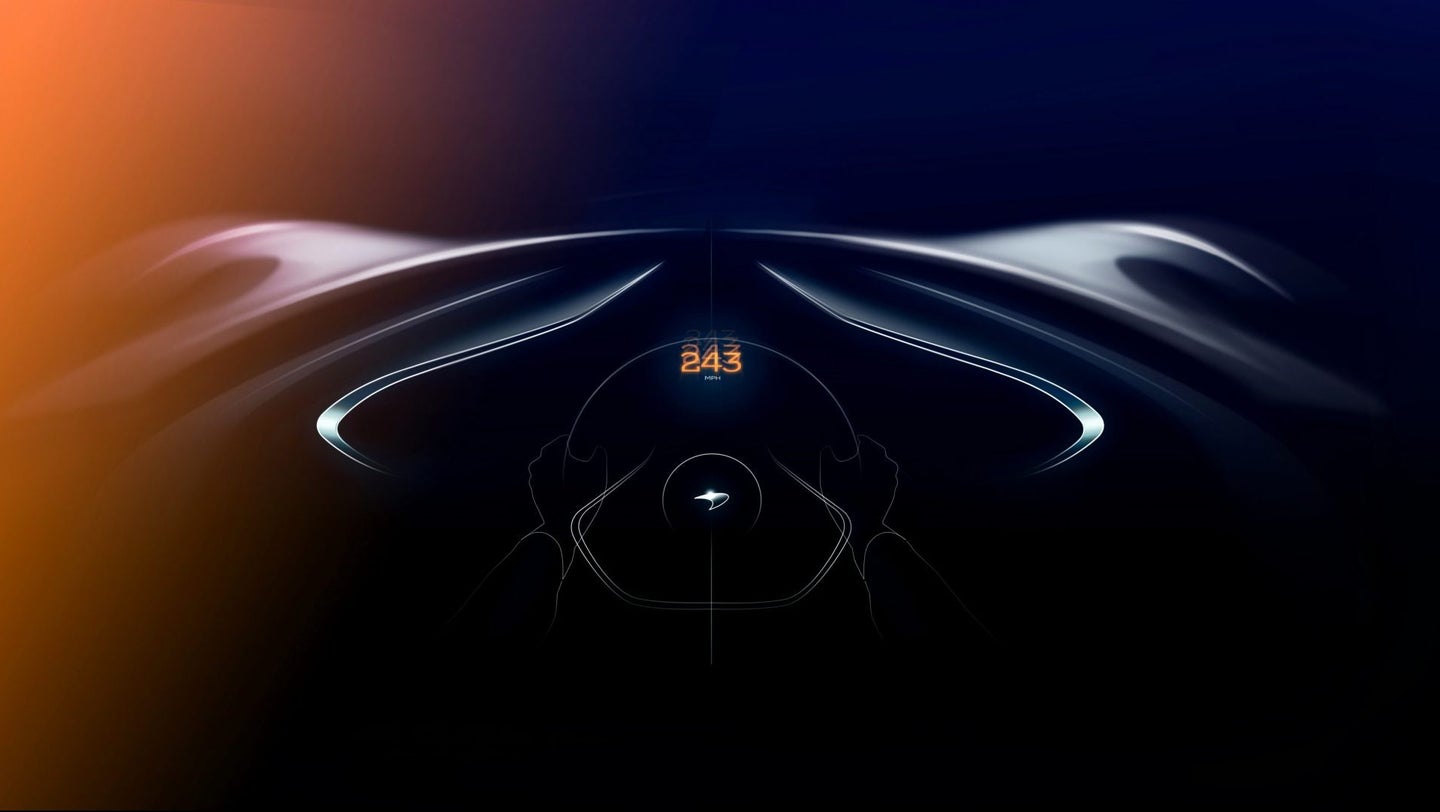 McLaren's next hypercar, known only by its BP23 codename at present, has been guaranteed a top speed in excess of 243 mph—the top speed of its original road car, the F1.

Like the F1, the BP23 is meant to be a road car first and foremost, and as such is referred to by McLaren as a "hyper GT" car. Also akin to the F1, the BP23 will be a three-seater, with the driver centered in the car, and their passengers flanking them. Interior amenities remain unspecified and only the status of "most luxurious" is used to describe the car's comforts.

Details on the BP23's powertrain are equally vague. McLaren has divulged that the car will use hybrid propulsion, with electric motors and an internal combustion engine, like those used on the P1. Unlike the P1, however, the BP23 is not expected to use the company's aging M838T 3.8-liter twin-turbo V8. The newer 4.0-liter M840T, as used in the 720S and Senna, is instead anticipated to power the BP23.

McLaren has already sold every one of the 106 examples of the car, equaling the production figures of the F1, for $2.2 million (1.6 million pounds) apiece. Buyers will receive a private unveiling of the car prior to the public showing, which is slated to occur before 2018 bows out.