Big and militaristic, not unlike the classic football rivalry that helped inspire it. 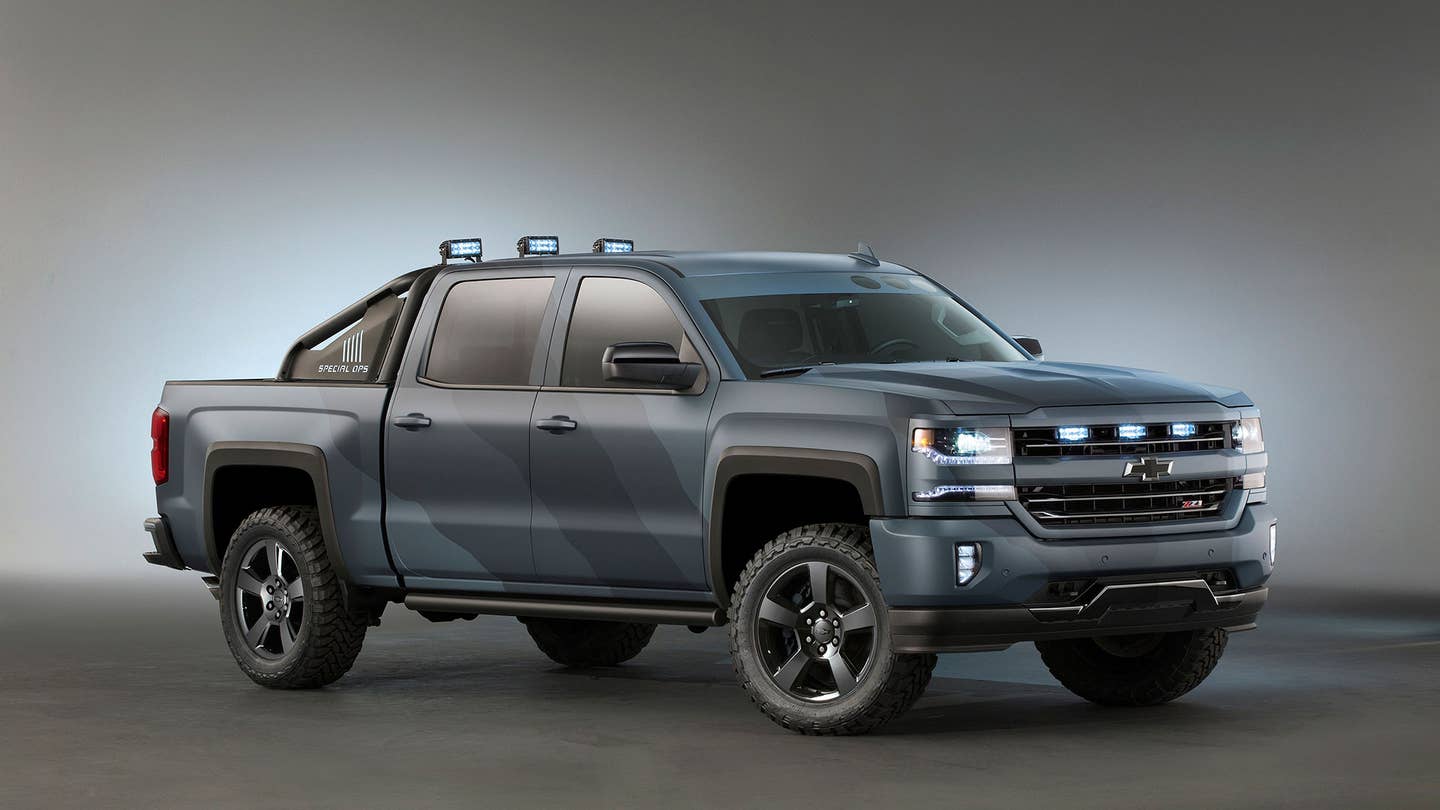 Consider Chevrolet’s custom truck game upped. The brand’s Silverado Special Ops concept from SEMA will be produced next spring as a 2016 model. The announcement was fittingly made during the annual Army-Navy football game, which has been sponsored by Chevrolet for the past six years.

A body-colored grille housed an array of LED light strips, joined by additional LED lights mounted to the roll bar in the pickup bed. Finally, the Silverado Special Ops was fitted with a set of 20-inch alloy wheels. Over all, the truck struck a less conspicuous note than most SEMA machines, but in eventual production guise it’ll surely be The Big, Loud Thing on anyone’s block.

Navy-inspired elements continued in the interior. The Silverado Spec Ops featured more of that three-tone camo Razzle Dazzle finish on the dashboard, a splash of Ejector Orange accents around the cabin and waterproof seat covers. It's too early to determine exactly how much of the design details from the SEMA show car will be translated to the production model. Performance specs have yet to be confirmed, either.

Look out for the new 2016 Chevrolet Silverado Special Ops, on sale spring 2016.