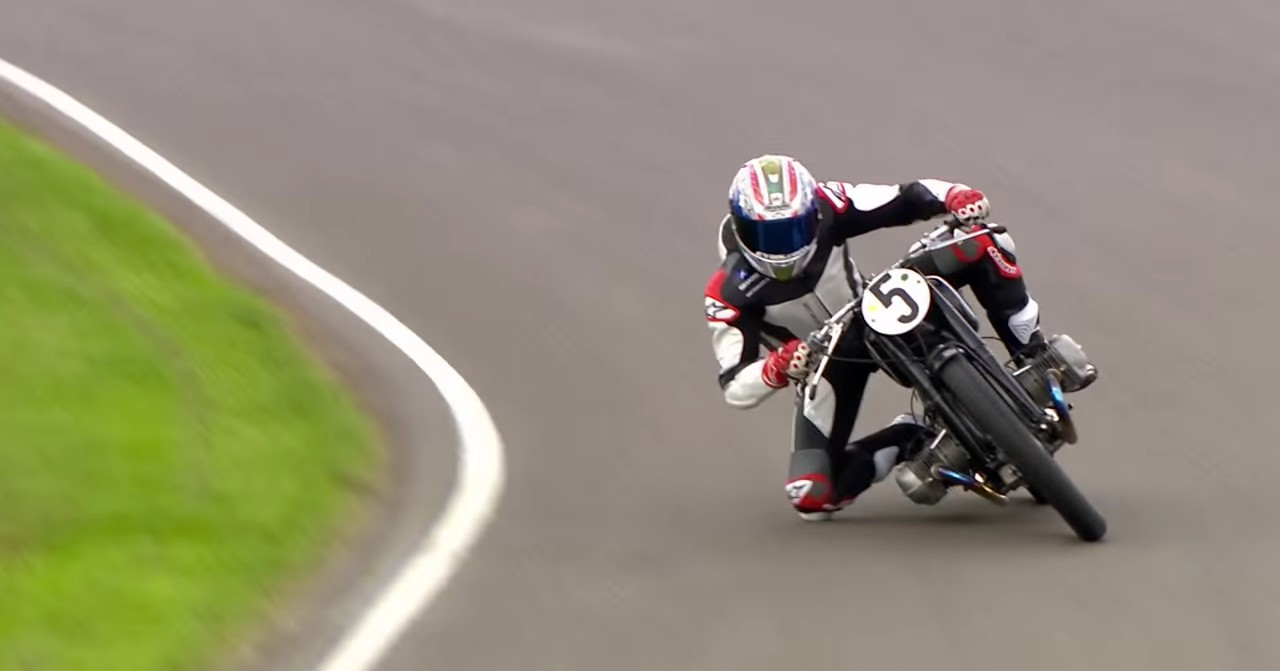 Americans and Europeans have diverting philosophies about vintage racing. Stateside, at events like the Rolex Monterey Motorsports Reunion (née Monterey Historics), you'll see priceless metal moving at a decent clip. It's not parade speeds, but it ain't the Who Stampede either. But at events on the Continent? They flog the bejesus out of everything, always, no matter how much it costs, or the venue in play, and sometimes before the race has even started.

Example: The dirty, dirty things that Troy Corser, legendary superbike World Champion, did to a 1935 BMW R5 SuperSport at this year’s Goodwood Revival. First, the full-tilt qualifier. Dude horizons everyone, eons beyond the pace, but just keeps getting on until the bike finally calls quits:

Then, the actual race. Bear in mind, this is a priceless, period-spec 80-year old motorcycle, one of only a handful ever built in SS trim, which he broke earlier, on a wet circuit. Oh, and the guy Corser’s working around is Isle of Man TT legend John McGuinness, a man who once shit himself before a race but rode anyway and won. Not an easy pass. Especially when there's a large standing puddle hiding on the rumble-strip:

Takeaways: That old R5 SS is boss, Goodwood is fantastic, and Troy Corser is the man.

Hopefully you enjoy this weekend as much as he enjoyed the last.