After a disqualification, Mees takes over the AFT Championship points lead at Texas Half Mile. 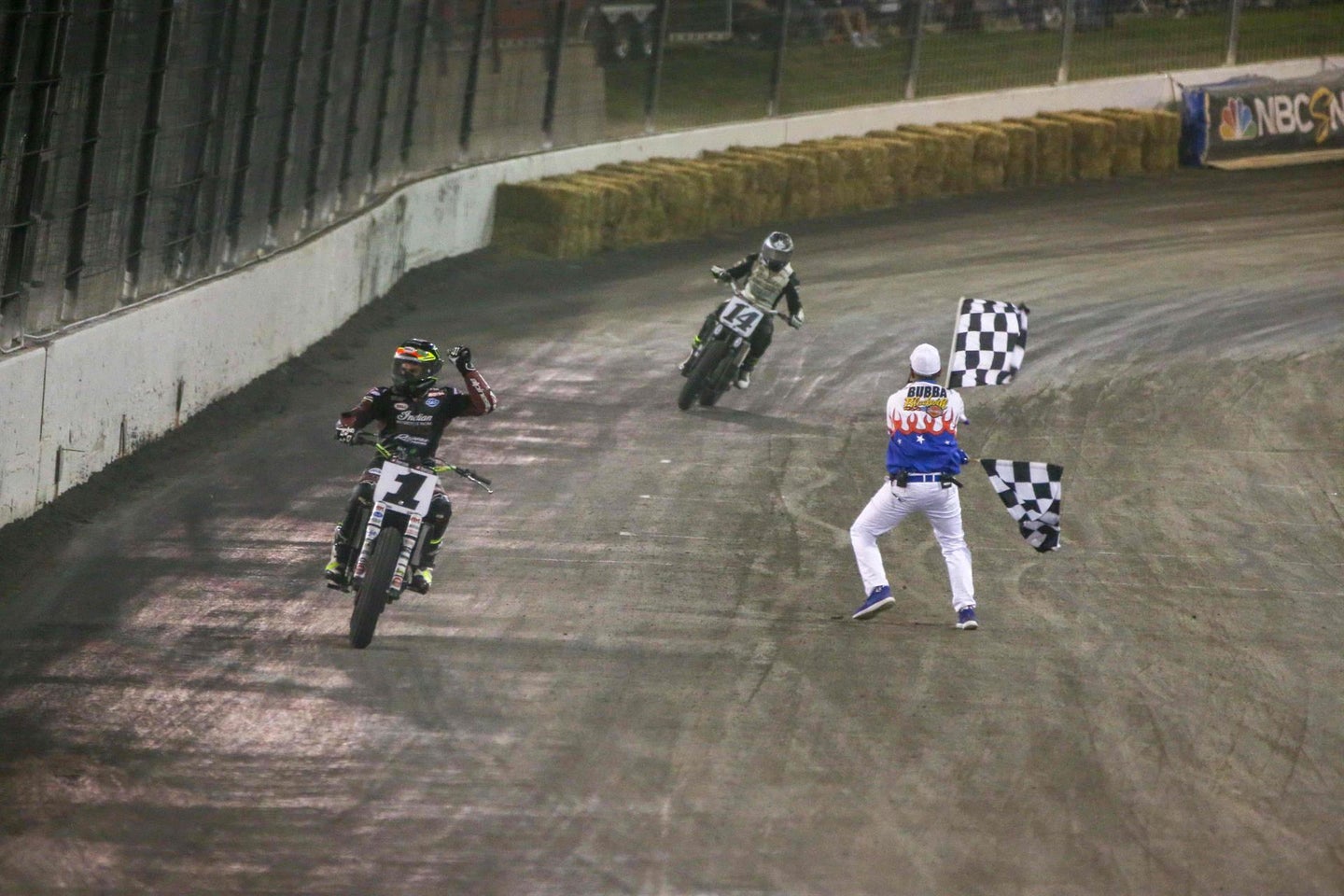 Mees, the defending AFT Twins champion had won the first two races of the season, only to be disqualified from the second race, which was the Atlanta Short Track, held at the Dixie Speedway, in Woodstock, Georgia. Mees was striped of the win and the points, but with his latest win in the Texas Mile, Mees has shown his mettle and answered any doubts of his ability to win under any level of scrutiny. He now has the most wins and points at threes races into the season.

The usual suspects scored no points this weekend with Mees’ Indian Wrecking Crew teammates Brad Baker and Bryan Smith, also on the Scout FTR750, and momentary points leader Kenny Coolbeth, Jr., all failing to make it through to the Main Event. Finishing on the podium with Mees were Briar Bauman of Zanotti Racing taking second and Chad Cose of Indian Motorcycle of Oklahoma City, finishing third for his first visit to the pro AFT Twins podium.

After taking a victory lap with his wife Nicole and infant daughter Hayden joining him on his race bike, Mees said, “First off, you know, all the downed riders; thoughts and prayers with them all. I don’t know the condition of any of them, but thoughts and prayers with them all. We had a lot of downed riders tonight, and nobody wants to see that. But for my end, we just came out and I was really focused on just trying to get this win. We made it happen. We were fast all day long, right out of the gate. So a huge ‘hats off’ to my entire team for being behind me, for sticking behind me, and making it happen week in and week out for me. The India motorcycle is a phenomenal bike for me.”

The most sensational story from the event might be the multi-rider accident in AFT Twins Semi 1, that resulted in what could very well be the highest elevation that an AFT rider has ever achieved on track, when Stevie Bonsey collided with a downed motorcycle that flipped his forward, launching him like ball out of jai alai scoop. Bonsey, in motorcycle-racer terms, is okay.

Morgen Mischler won the AFT Singles class Main for his first pro win in the AFT Grand National Championship, with Shayna Texter. (Yes, she’s a female, and on top of that she won the Singles race at the Arizona Mile last year.) taking second and Brandon Price taking third.

The demon head logo will continue to grace the dirt track.