How Often Should I Change Synthetic Oil? 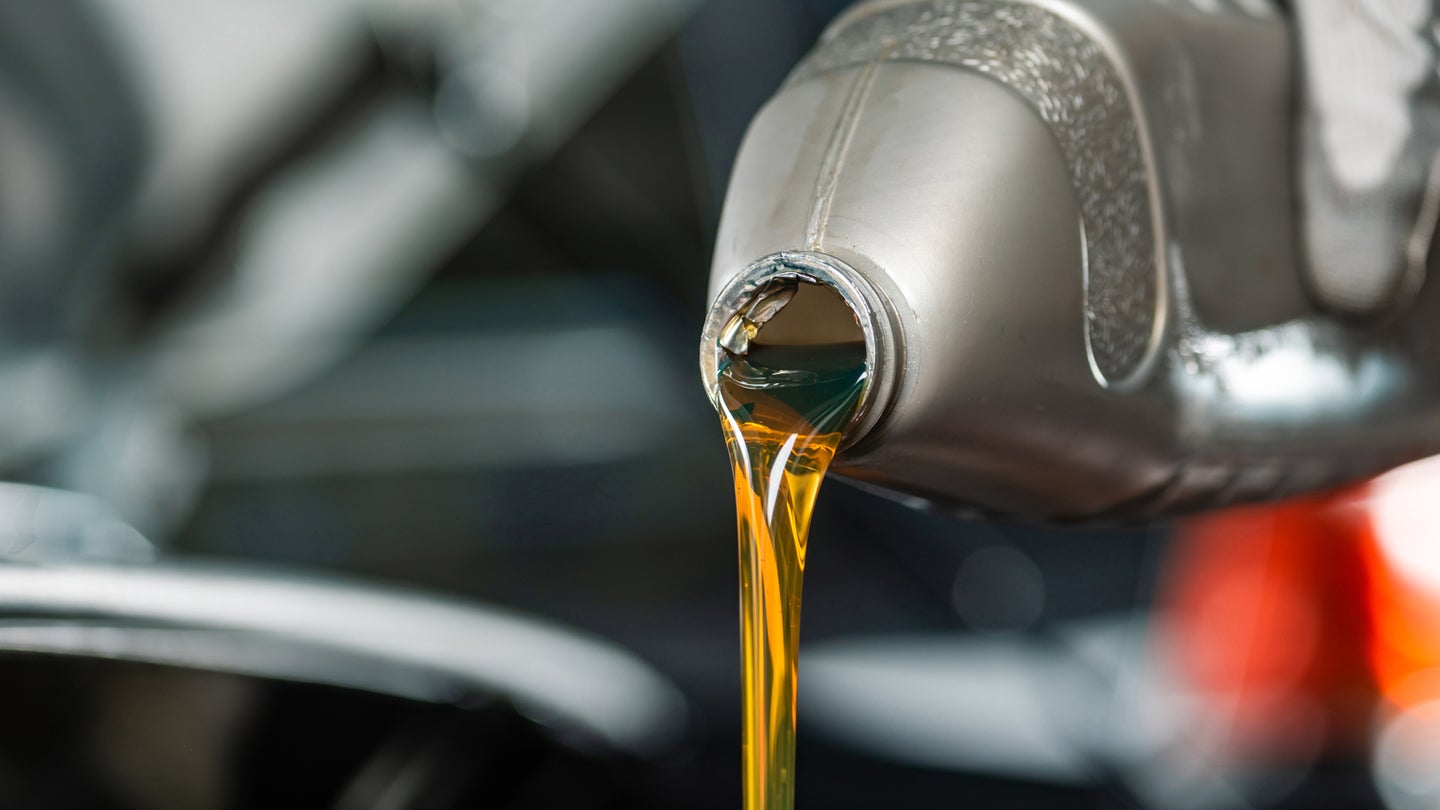 Fakes get a bad rap, whether it’s fake Rolexes, fake handbags, or fake Bugattis. They’re seen as lesser, and by all accounts, they are. They’re not made as well, they’re cheaper, and you’ll look like a cheap poseur when found out. That, however, isn’t the case with synthetic oil.

Synthetic oil is the term for a lubricants comprised of artificially made chemical compounds. It has earned increased usage across the automotive industry for its greater overall stability and better performance in high-compression engines.

Using synthetic oil, however, can be intimidating to those who may not be masters of the oil domain. Don’t worry, that’s what The Drive’s crack informational team is here for. So let’s get down to business as we explain the basics of synthetic oil, its uses, its lifespan, and its pros and cons compared to conventional motor oil. Borrowing a line from Seinfeld, with a little bit of a twist, “Synthetic oil is fake but still fantastic.” Let’s dive in!

What Is Synthetic Oil?

Synthetic oil is a man-made chemical compound designed for lubricating conventional internal combustion engines, as well as airplane engines, and metal stamping machines. It is designed to be a substitute for conventional crude oil-based engine oils. It has many positives including reducing strain on the environment caused by the typical extraction and refining processes conventional oil demands.

Why Use Synthetic Oil?

While synthetic oils have many advantages compared to conventional oil, there are a few disadvantages such as price, disposal, and what engines are right for synthetic oil usage.

Not every engine is designed for synthetic oil or its properties. Engines in older racecars and rotary engines shouldn’t use synthetic oil.

How Often Do You Need To Change Synthetic Oil?

Your oil change schedule depends on three primary variables; make, model, and the year it was built. Generally speaking, oil changes have been recommended every 3,000 miles or every three months. But as engines have become more efficient and oil chemistry has been developed to last longer, modern engines require oil changes far less frequently than cars of the past.

Some cars, trucks, and SUVs now only require oil changes every 7,500 to 10,000 miles. And synthetic oil can prolong the time between changes even further than that. If you own something relatively new and drive at an average rate, you can get away with an oil change only once a year. To make it a little easier for you, here’s a brief rundown of the most common manufacturers and their lineups’ current oil change schedules.

Everything You’ll Need To Know About Changing Synthetic Oil

You’ll also need a flat surface, such as a garage floor, driveway, or street parking, though check your local laws to make sure you’re not violating any codes when using the street because we ain’t getting your car out of the impound yard.

Here’s How To Change Synthetic Oil

How to Change Your Synthetic Oil

Here’s a quick rundown of how to change your oil. For more information on the topic, consult The Drive’s more exhaustive guide for How to Change Your Own Oil.

Get Help With Changing Synthetic Oil From a Mechanic On JustAnswer

Over the years, we've done our fair share of oil changes, including a first attempt that left a small scar on one of The Drive's editor's hands. To prevent that from happening, here are some tips to keep you safe and get this job done right.

Q. How Much Does It Cost To Change Synthetic Oil

A: The price of changing your oil varies depending on what sort of oil you use, how much oil is needed, and whether you or a professional handles the job.

Q. How Long Can I Go Without an Oil Change?

A: Trust us, we’ve been in the position where life gets so hectic and busy you completely miss your scheduled oil change. And it’ll be weeks until you’re able to do it yourself or have a professional do it for you. Thankfully, manufacturers engineer a little wiggle room into oil chemistry, and your oil won’t immediately go bad once the odometer clicks past your scheduled change. Especially if your car uses modern fully synthetic oils. Just don’t go too long …

Q. What Happens If You Go Too Long Without an Oil Change?

Q. Is It Bad To Change Oil Too Often?

A: It isn’t, but why would you want to spend money if you don’t have to? Plus, all that extra oil you’re replacing is harmful to the environment, so it’s best to just stick with the prescribed oil change schedule.

How To Change Your Own Oil

Changing your oil is one of the more joyfully simple and straightforward aspects of automotive maintenance.

How to Change Your Transmission Fluid in 2 Minutes

It may be out of sight and out of mind, but transmission fluid needs love, too.