A scoop, which most frequently appears on the hood, body, or roof of a car, is simply a formed piece of plastic, metal, or carbon that is designed to grab air and direct it in a specific route. The idea behind a roof scoop on a car with its engine behind the passengers is to have an unimpeded flow of cool air sucked into the engine as efficiently as possible. When the vehicle’s in motion, there’s less concern for heat coming off the engine messing with this, too. Hot air can get pulled out from the rear of the hood or rear bumper mesh, like on the pictured McLaren 620R.

For those who might not already know, cool air has a denser concentration of oxygen molecules than warm air, and that denser air is better for an engine’s combustion process. Most cars need to package their intakes inside the engine bay where air is pretty warm once the car’s running. Outside air flowing over a car’s roof is generally going to be much cooler than that.

You may have also seen a roof scoop on a rally ca,r but that’s typically for putting air into the cabin, not the engine. Or perhaps you remember Brian O’Conner’s roof scoop on the famous "Fast and Furious" Eclipse! That “was definitely sucking," as they used to say in now painfully dated VW ads, but, like the rest of the decorations on a prop car, served no actual performance purpose.

The McLaren 620R’s roof scoop, though, that one is particularly special. It’s used to feed air through two air filters and intercoolers (to ensure even cooler intake air temps), and shortly thereafter, through twin turbos mounted on each side of its 3.8-liter V8. This helps it produce 611 horsepower and 457 pound-feet of torque. It’s also a sort of hat-tip to the McLaren F1, which had a more modest roof scoop prominently affixed to its gorgeous body. But there’s more than just the visual appeal and performance benefits; there are added theatrics as well.

The 620R has nothing for sound insulation; it’s essentially just aluminum and carbon fiber that separates occupants from the engine and outside world. This is because it’s designed as a hardcore track car for the road; one can hop in theirs and drive to and from the track reasonably comfortably. It's often referred to as a street-legal GT4 race car, and that's pretty darn accurate.

Because there’s no sound insulation, you can really hear what the turbos are doing. You can hear that quintessential blow-off valve sound, the hissing of air getting compressed and fed into the engine, everything. And the roof scoop really accentuates and turns up the volume on these sounds.

The roof scoop acts like an echo chamber, a sort of badass mechanical conch shell. It relays every little change in tone and decibel from the turbos, informing the driver’s right ear (the base of the scoop is literally right there) exactly what’s happening. It’s so freaking cool. I had the honor and pleasure of driving the 620R for a weekend last year, and I barely ever turned on the radio. The badass flat-plane crank V8 and epic turbo noises were the greatest soundtrack ever. The roof scoop was actually a no-cost option on the 620R when new — anyone who didn't option it is severely missing out.

A variation of this post originally published on Car Bibles. 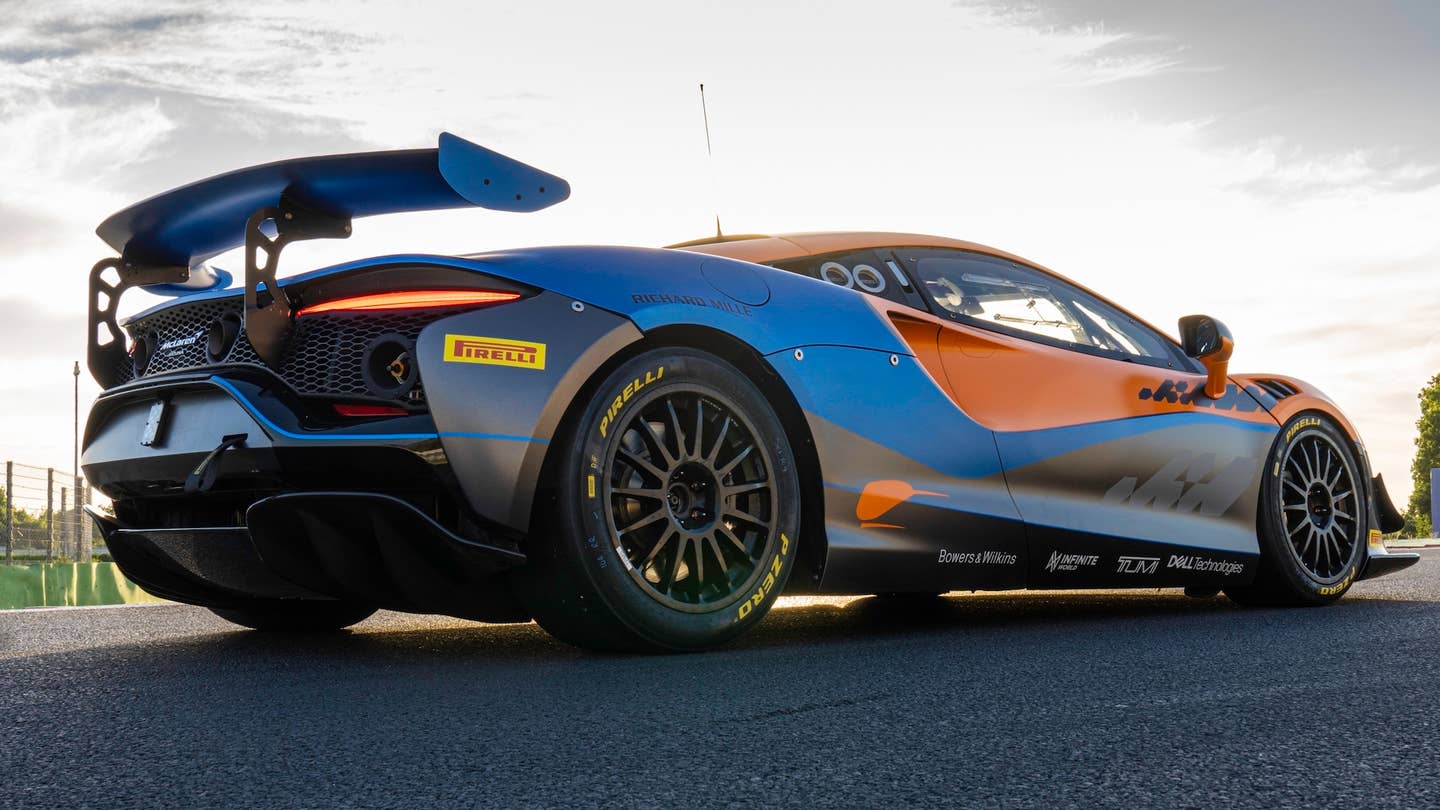 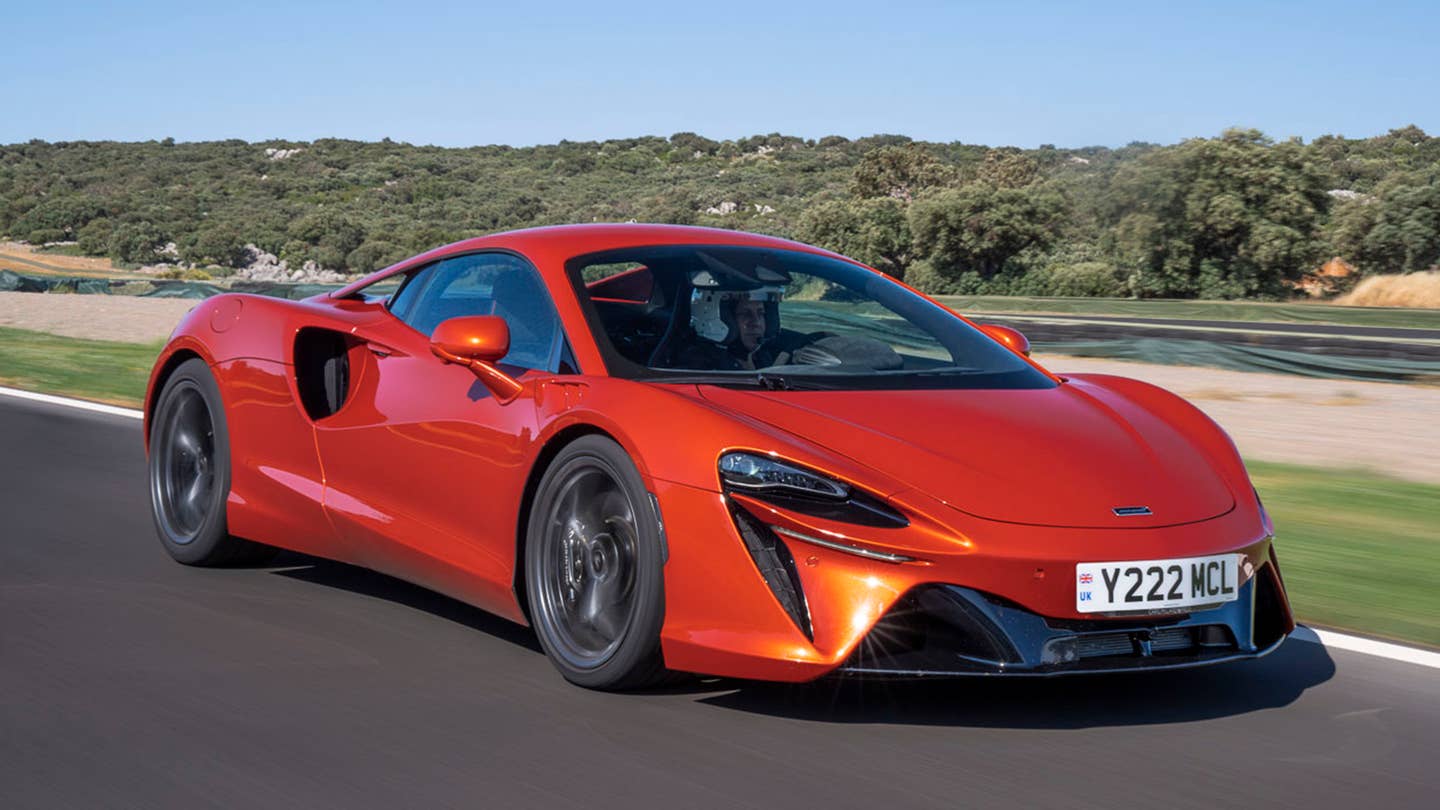 The Artura marks the first V6-powered production McLaren ever made. Past models always relied on a V8. 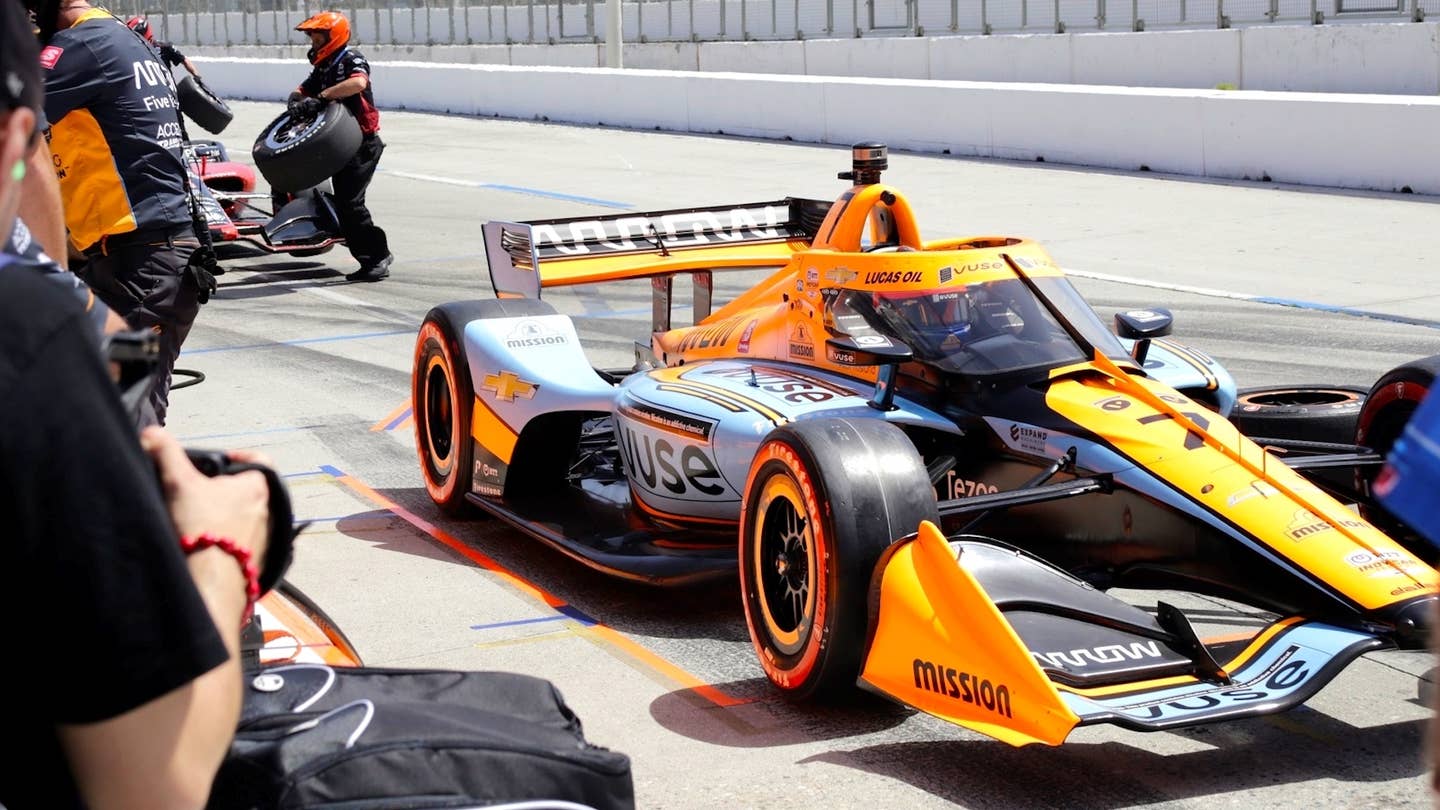 Behind the Pit Wall With the Arrow McLaren SP IndyCar Team

Learn how this small and relatively new team is taking the fight to IndyCar’s biggest and most experienced outfits. 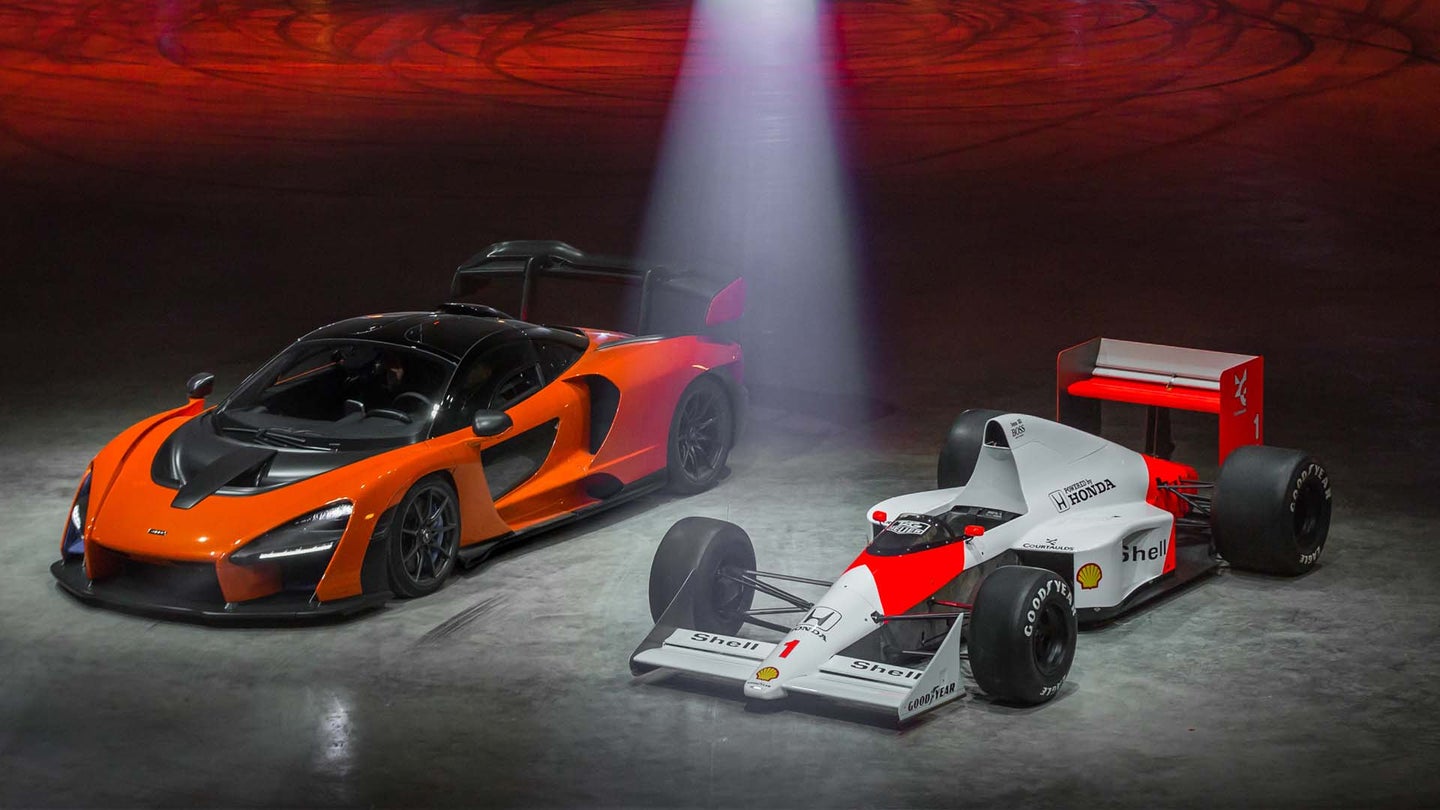 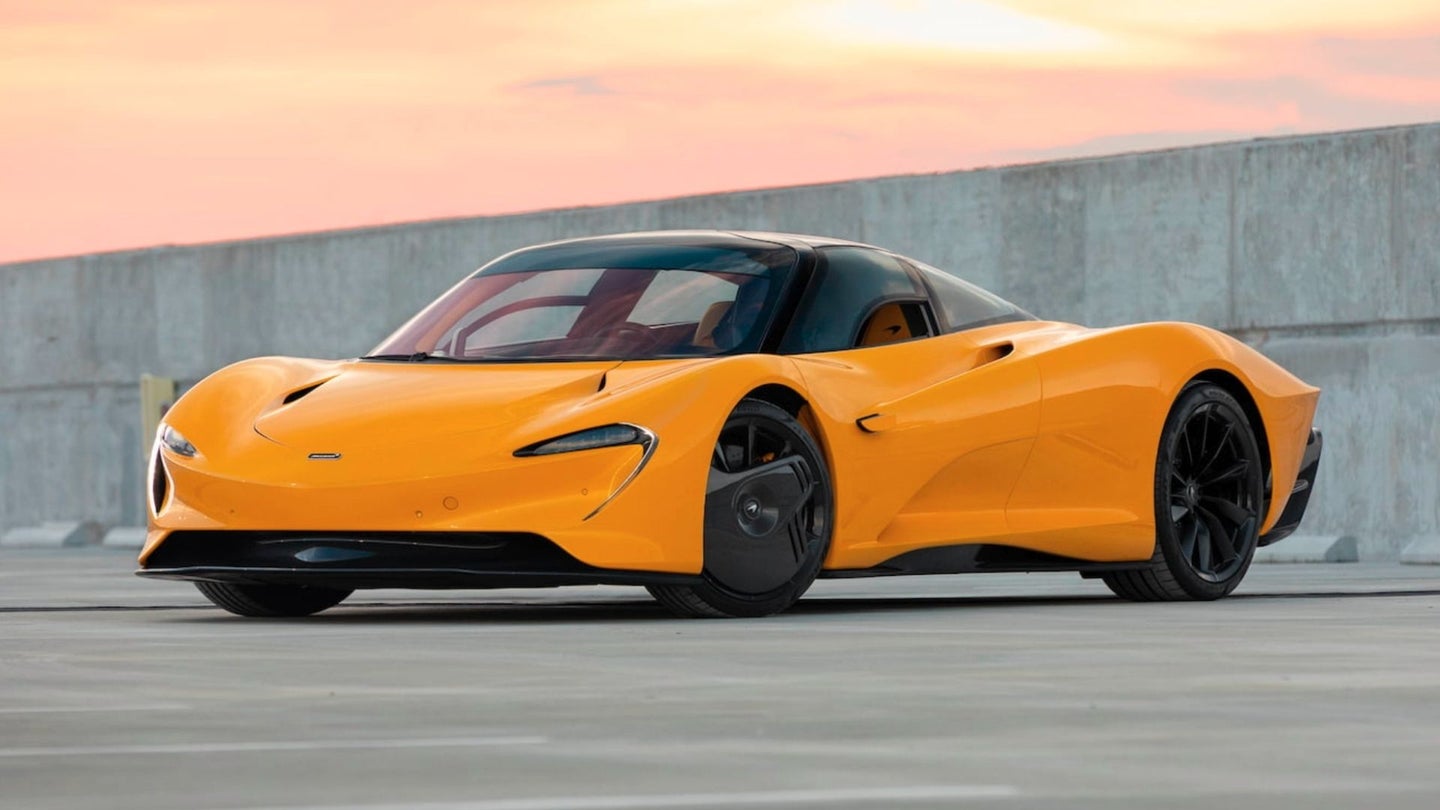