When you’re trying to learn about older cars, you might as well be signing up for the debate club. Every question, especially when it comes to breaker points, electronic, and multiple spark discharge (MSD) ignition systems, is answered by someone chiming in and telling you about an upgrade you need to make. Forums, videos, articles, and even conversations in person always drum up the same result.

We get it. These people have been through the wringer and are trying to save people time by recommending that you make the upgrades they wish they did out of the gate. Still, it's important to understand the topics on your own before you listen to what others are saying. That's what we're for.

Although we might not be taking a look at how your options stack up against one another, we can still help you to understand what the difference between the three are and how they work so that you can make an educated decision on which you prefer.

So What Do These Systems Have in Common?

There are some key differences between these three systems that can seemingly set them worlds apart. However, if we just dive in without explaining the similarities between them, we run the risk of leaving you slightly confused.

To start, all three systems rely on a cam-driven distributor. The distributor houses a rotor that rotates with the camshaft to send spark to the cylinders as it passes over designated contacts in the distributor cap.

An ignition coil is comprised of two circuits or two coil windings. The first, or primary coil, is where the power from your battery enters. As it passes through the windings, it creates a magnetic field that essentially charges the secondary winding, which offers much higher voltage than what’s coming in.

When the current in the primary windings is interrupted, it causes that magnetic field to collapse, which creates a stream of energy from the secondary coil, which is then sent through the distributor cap and is then directed to the appropriate cylinder to fire the spark plug.

What Are Breaker Points?

Breaker points are subject to some serious verbal slamming, which may or may not be warranted. The system works with a set of breaker points and, when those breaker points are in contact, the flow from the coils primary windings continue as normal. When they separate, the flow is interrupted and the charge from the secondary coil passes through the system.

The contacts of the breaker points are separated by a cam that rests on the shaft inside the distributor. As the cam opens the points, it interrupts the flow, creating enough current to fire the plugs. A condenser is also present to prevent an arc from jumping the gap between those points which would create a misfire.

Something to know about the points system is that it has as many strengths as it does weaknesses. Over time, the breaker points will wear down, as do the condensers. You need to service that type of system and adjust them to accommodate for that wear and replace the breaker points more frequently than electronic systems. Even if they’re very cheap and easy to fix, that can be a major pain.

Not only that, but the physical connection between the points is at the mercy of the environment. Daily conditions can have a direct impact on their performance as moisture and debris make their way inside the distributor.

What Is Electronic Ignition?

When the pickup and the wheel line up, a pulse signal is sent from the ignition module to interrupt the flow of energy of the primary winding causing the secondary winding to discharge. The result of eliminating the breaker points is a more complex system, but it is one that ultimately delivers more consistency and therefore better reliability.

While it is easier to heed better performance results with an electronic ignition, there are those who stick to breaker points because they know how to dial in the system and don’t mind the shorter maintenance intervals.

What Is Multiple Spark Discharge?

So, where does an MSD fit into this conversation? If you read the instructions, they can be used with either points or electronic distributors and don't really change anything about either's basic function.

We'll be honest, MSD-type boxes aren't exactly in the same category, but more often than not, the conversation about points or electronic ignition drums up at least one or two points about the advantages of this upgrade. So we figure it's only fair to help beginners to understand a little more about them.

An MSD system does a couple of things. First, as the name implies, it creates multiple sparks rather than one. In other words, when the coils secondary winding discharges, rather than one slow pulse, multiple are sent causing the plug to fire multiple times rather than just once during ignition. This multiple spark function works up to about 3,000 rpm, then a single spark is sent at higher RPMs.

That capacitive discharge aids with the multiple sparks at lower rpm and the single sparks at higher-revving ranges. What you wind up with is a system that's able to promote a complete burn of the fuel mixture through the RPM range and is a go-to for exceptionally powerful engines that a stock-type ignition system may struggle to keep up with.

What Is the Difference Between Them?

All three of these ignition systems work and you can get a car to motor around with any of them. Which one you should consider ultimately comes down to your personal preference and the demand of your application.

Points take a lot of heat, and it is justifiable. The system is totally analog and it takes a little more attention to keep a points ignition system running right. An electronic system does away with a lot of the maintenance and uses a computer module to handle a lot of the brain work that goes with it. The result is a much more manageable system that you don’t need to monkey with as much to get the results you want.

An MSD system simply amplifies the system to promote a more complete burn of the fuel during the combustion cycle. This makes a huge difference on some engines and little difference on others. A relatively stock application won’t have much trouble burning the fuel mixture where a more serious setup will, and by adding an MSD type system, you correct the issue increasing efficiency and power.

That’s not to say you can’t dial in your current system to make it work right, though. Don’t forget that electronic systems can use different modules that are better suited to different applications and you can upgrade from a single points distributor to a dual-points distributor. Which is the right move is dependent on your specific situation. As you could probably guess, that’s where your homework begins. 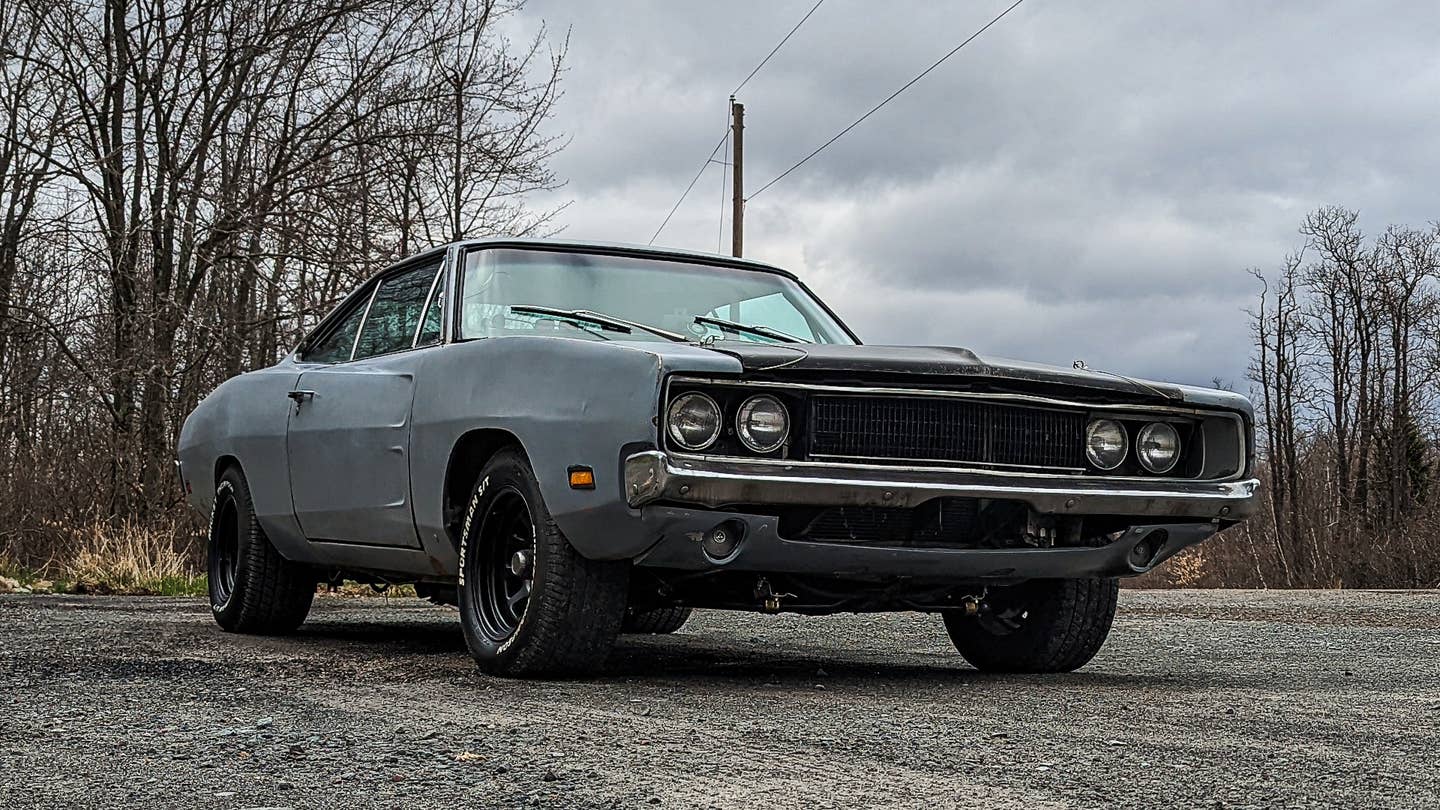 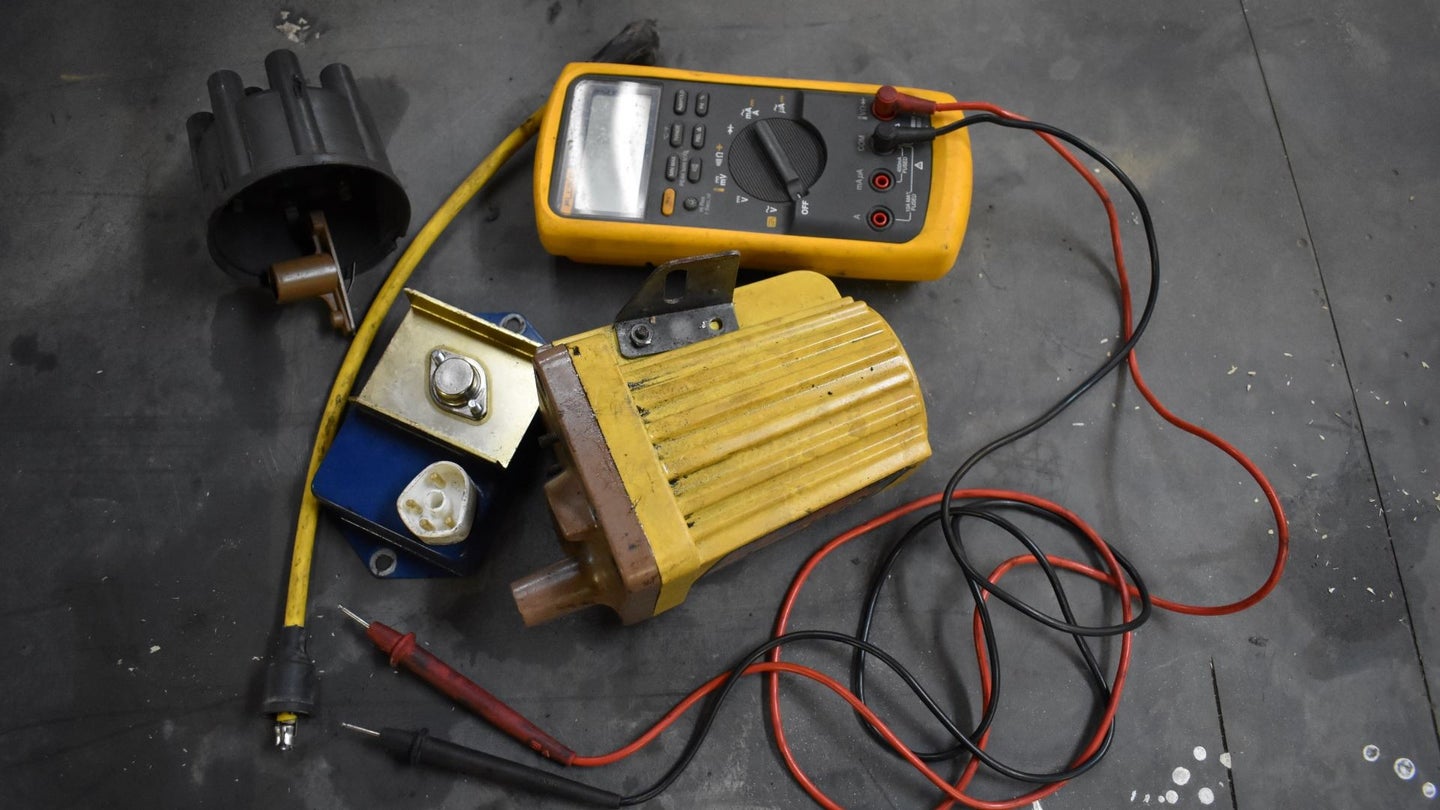 How to Troubleshoot Your Car’s Ignition System

No spark? No problem. We’re here to help you figure it out! 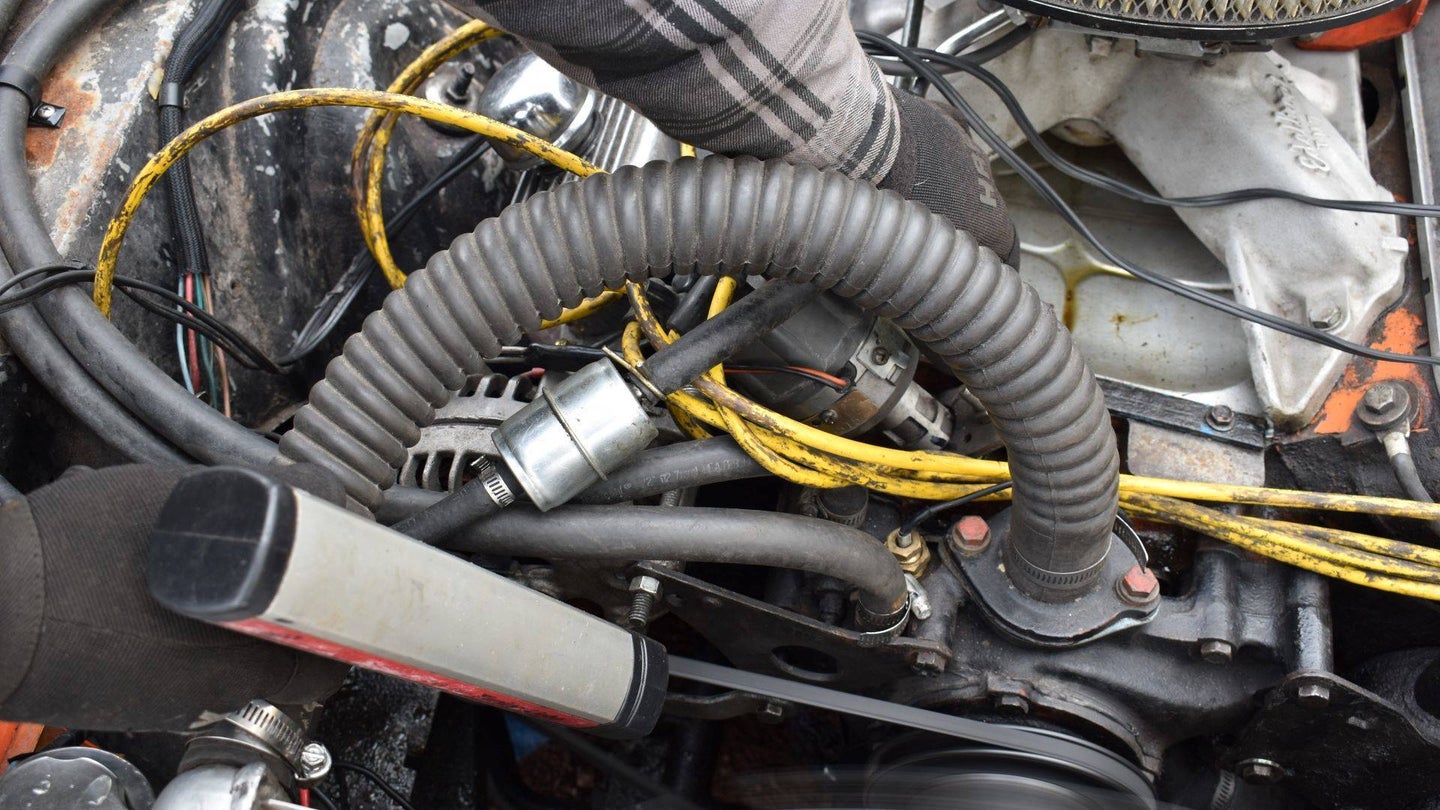 The Ultimate Guide to Adjusting and Setting Engine Timing

Everything—seriously, everything—you ever wanted to know.