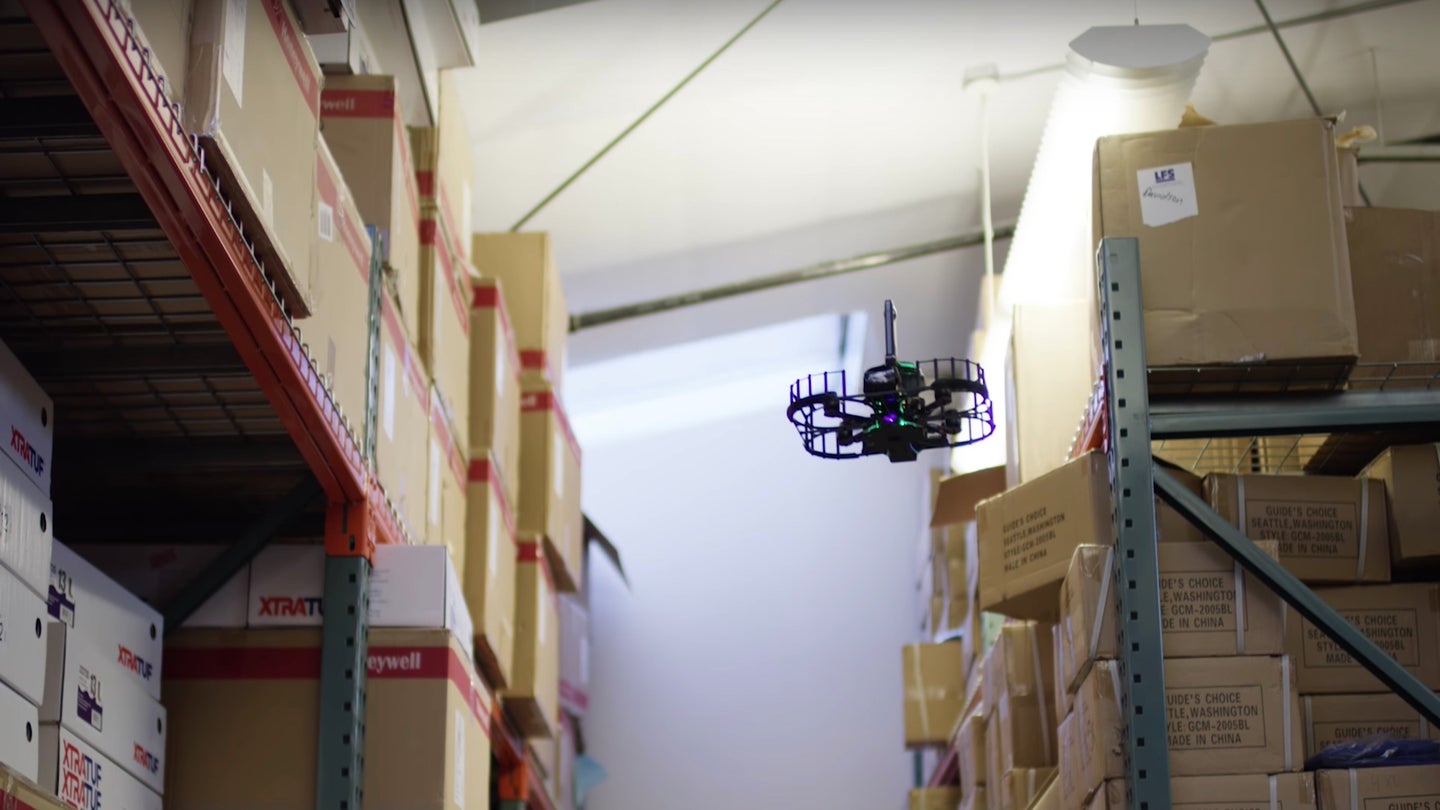 As Chief Technical Officer of Vtrus, Jonathan Lenoff feels that the current landscape of drone-based security and imaging services is lacking precision. While plenty of systems are capable of detecting movement or mapping large environments, the ability to thoroughly scan, in detail, every inch of an intricate indoor environment and accurately create resulting models is yet to be perfected. The ABI Zero system, of course, intends to do just that.

Practically, the autonomous inspection drone aims to make the job safer for those traditionally doing so manually, and easier by providing accurate mapping data for post-inspection analysis. The drone essentially takes off from its launchpad (which serves as a charging station) and immediately begins to navigate and map its environment, all without the need for GPS. The drone can fly 10 minutes per charge, with the data it collects being relayed to your computer via Wi-Fi and the Vtrus cloud service in real time.

To understand just how thorough the ABI Zero’s mapping capabilities are, you should take a closer look for yourself.

If you’re still not sure whether to be impressed or not, the ABI Zero takes 300,000 depth points 30 times per second, using its array of RBG and 360 cameras with structured-light depth sensors. It then combines this with its other embedded cameras, which is how you get those incredibly detailed 3D maps shown above.

We’ve covered drone-based solutions for indoor inspections, as well as wireless charging before, but combining the two with a highly sophisticated 3D mapping service really pushes this thing over the edge in terms of an all-encompassing method to feasibly inspect a large-scale facility.

This might not appeal to the recreational drone industry, and it rightfully wouldn’t. But for those commercial clients out there who are eager to maximize their businesses by reducing manual inspection times and unnecessary expenditures while increasing accurate inventory assessment, this could be the next technological option.

While the hardware platform unveiled at Disrupt SF is still in its prototype stages, the company’s proposed autonomous solution for inspection businesses is already showing promise. Instead of conducting manual inspections of an entire facility on the off chance that a portion of wiring or piping is on the verge of rupturing, you could routinely deploy the ABI Zero and tend to any irregularities as they crop up and present themselves.

Vtrus is a self-funded startup that managed to take off-the-shelf drone hardware and infuse it with highly impressive software that took full advantage of SLAM and computer vision. By making the end product as seemingly user-friendly for those in inspection as possible, it looks like the ABI Zero could soon become a top-tier option for those in need of a thorough indoor mapping solution.

By processing thousands of aerial images and creating digital, 3D models of construction sites, projects can be completed accurately and on time.