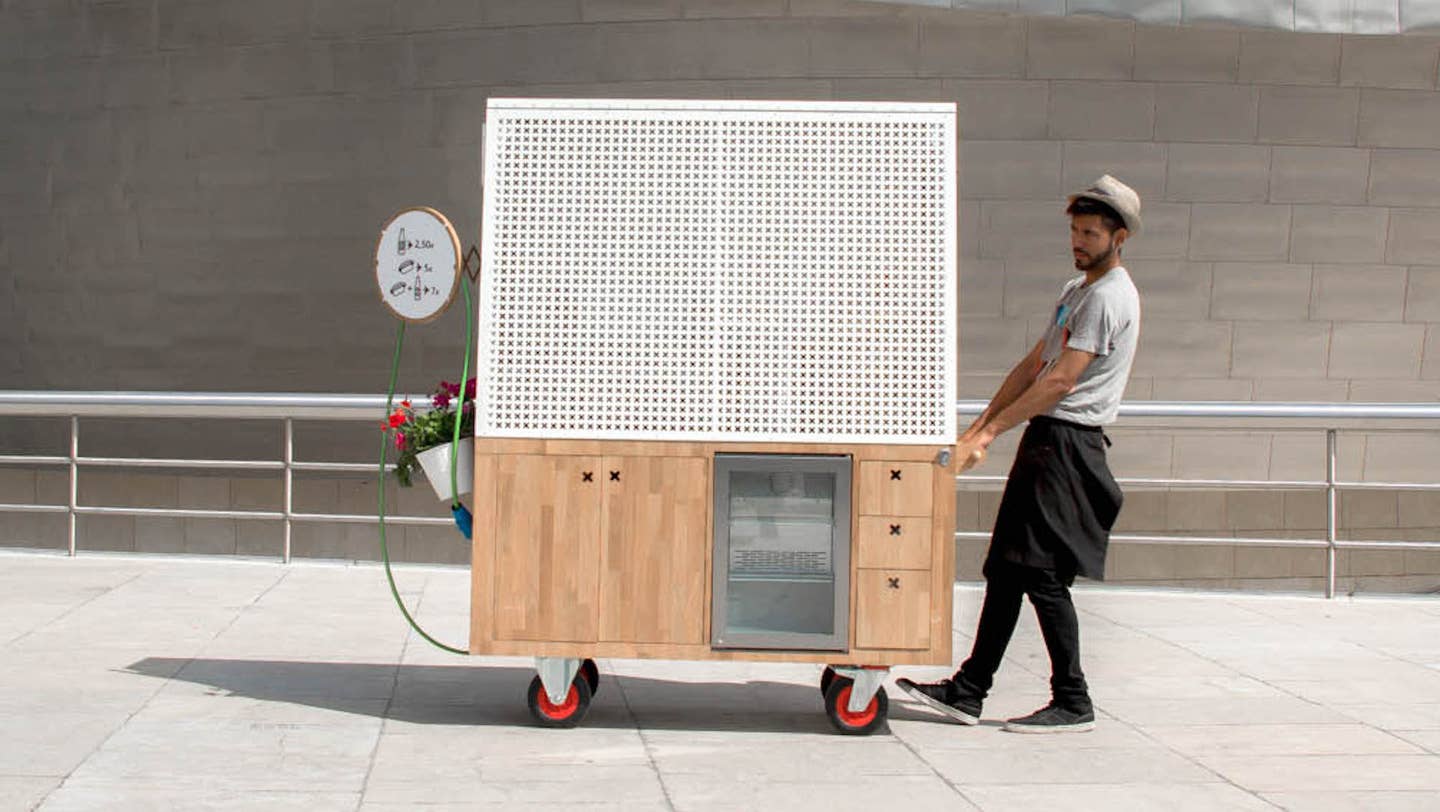 The Roach Coach Renaissance is upon us. Last year alone, food trucks brought in an estimated $1.2 billion, a staggering figure considering there’s less than 4,500 of them rolling around. And those numbers are conservative. The boom means a booming customization market, too, creative designs and wild paint schemes and unique add-ons. Bottom line: Food trucks have gotten exceptionally interesting to look at. Meanwhile, your average street vendor has been working with the same basic kit since Grover Cleveland was in office. No more.

Arquimaña, an architecture and design firm based in Spain, has reinvented the humble hot dog cart. Commissioned by Bilbao's Guggenheim Museum, the project is called Salchibotxo. (That’s a Basque portmanteau, salchicha for ‘sausage’ and botxo, Bilbao’s nickname.) The concept? Highbrow form-meets-function, something to sling gourmet street food and craft beers while looking at home outside one of the finest museums on the Continent, a building designed by none other than Frank Gehry.

So Salchibotxo flips the script, ditching the box-top look for a chic A-frame. The chassis is solid steel, the body cabinet-style oak. There’s a full stereo system, a chiller for longnecks from Bilbao brewery La Salve, and a removable griddle for cooking up goods from Luis Thate, the local butcher.

The bartop, the signage, the laser-cut aluminum shutters that shade vendors and customers—it all folds up into one compact, rolling installation. Which isn’t to say the cart is compromised for storage: Salchibotxo can hold 500 sausages and, crucially, up to 150 bottles of beers. There’s even a secret coin slot for tips. Righteous. This is one of the neatest things you’ll see on wheels this week.

Of course, New Yorkers will get an extra kick out of Salchibotxo: Six years ago, neighborhood advocates threw a shitfit over “visually disruptive” yellow-umbrella hot dog carts outside our own grand Guggenheim. The museum petitioned the City Landmarks Preservation Commission for permission to build a mobile eatery at the Fifth Avenue entrance on 89th Street, with award-winning architect Andre Kikoski set to design. The proposal was unanimously denied.