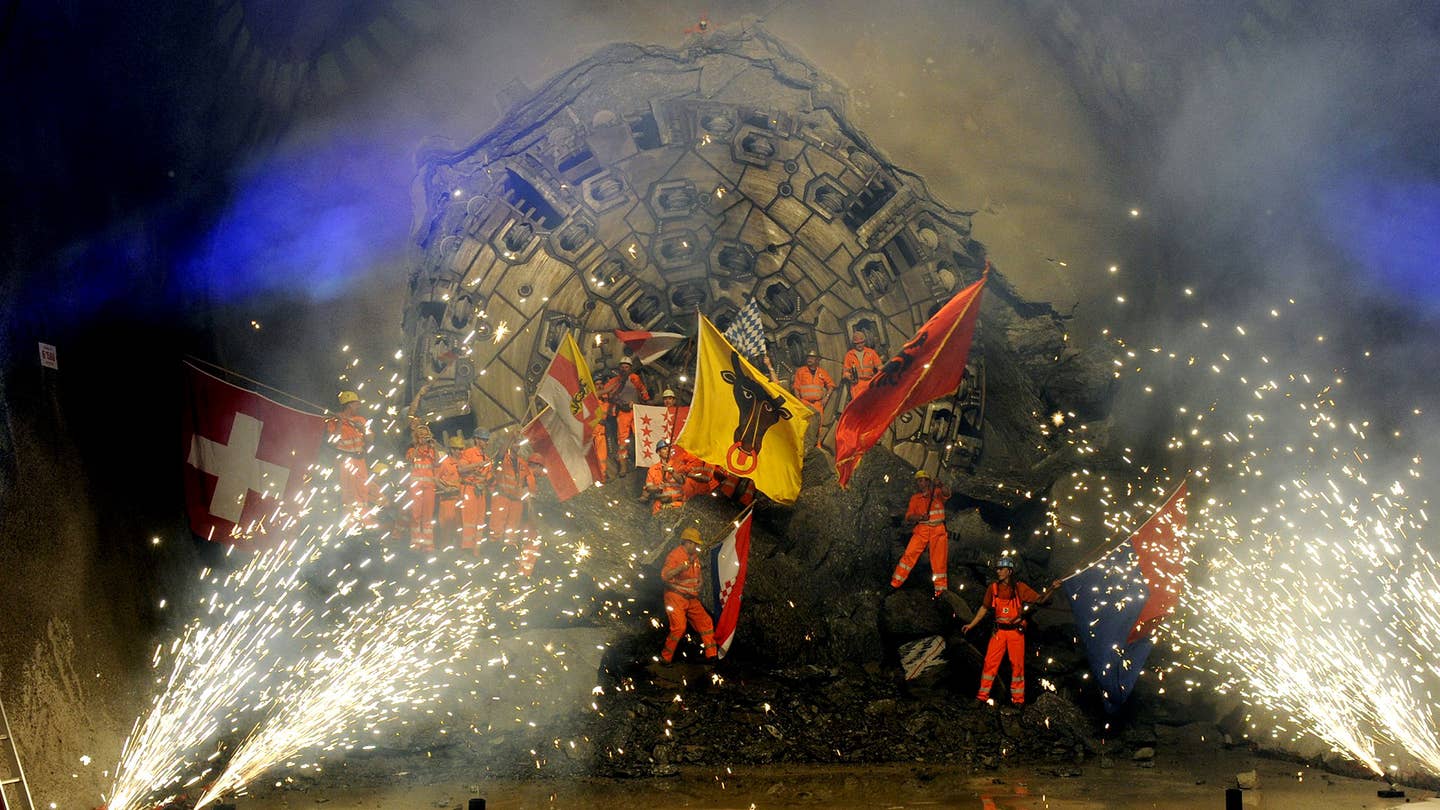 Earlier today, European leaders officially opened the Gotthard Base Tunnel, the longest rail tunnel in the world—a 35-mile link through the heart of the Swiss Alps that, at full capacity, will carry around 325 trains per day across the massive mountain range. But as impressive as the tunnel's capabilities are, they pale in comparison to the two decades of work it took to plan and dig the massive piece of infrastructure.

Enough rock was pulled from beneath the Alps to build five Great Pyramids, culled by tunnel-boring machines longer than drag strips. Teams encountered 73 different types of rock, much of which was ground up and integrated into the 140 million cubic feet of concrete used to make the tunnel. And working conditions were hazardous, to say the least; far beneath the surface, temperatures climbed as high as 115º Fahrenheit, and nine workers died in accidents during construction.

All photo captions are via AP/Getty.

Design: The Tunnel That Finally Connected England to Europe

Finally, you don’t have to swim.