How Does Dry Ice Cleaning Work?

Does this non-abrasive cleaning method work as well as traditional methods? 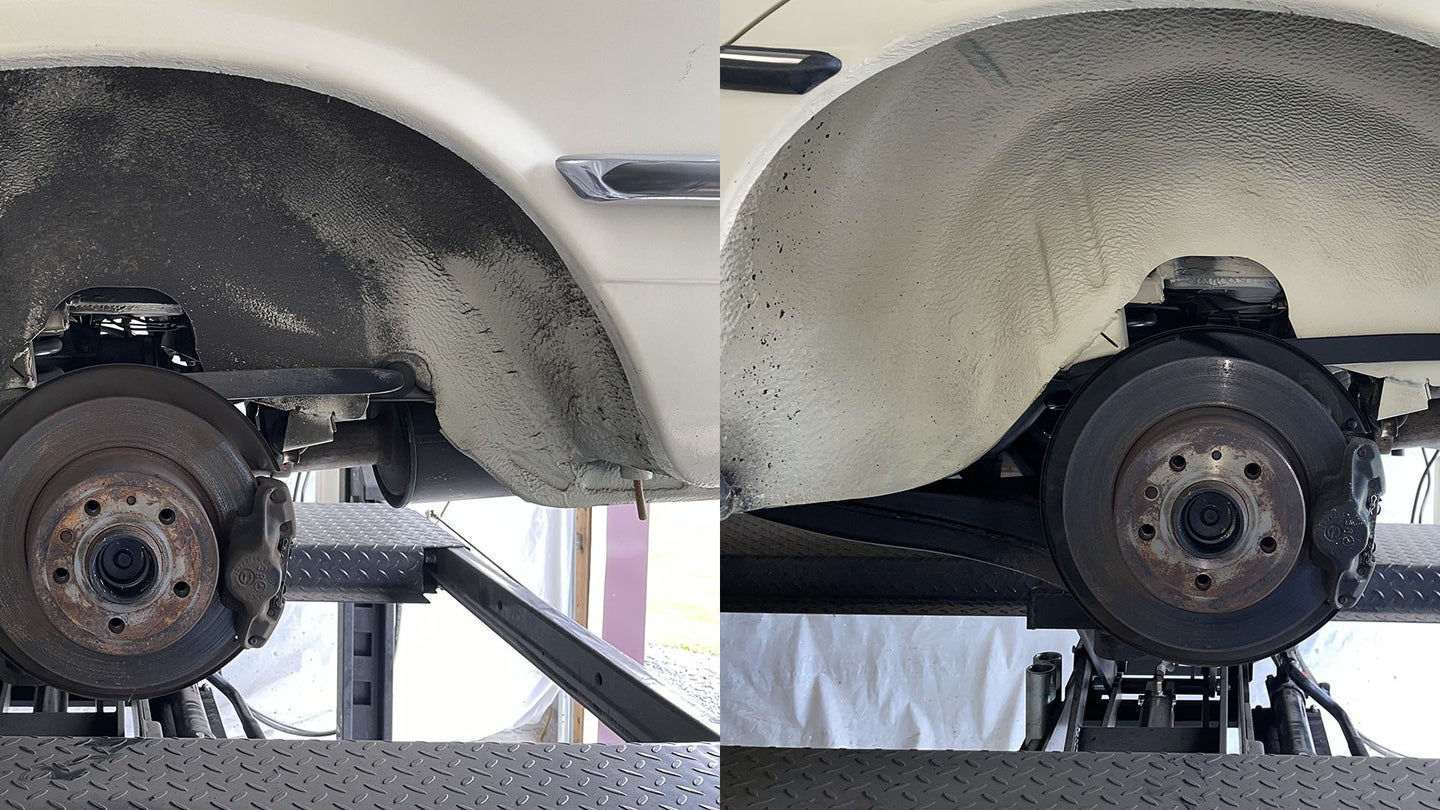 Automotive restoration is big business, as thousands of companies across the country — and the world — work meticulously to bring old cars back to life. That process often includes replacing original parts, but purists and collectors know that original parts are always best regarding overall value.

There is an alternative, however. As Oscar Goldman said in “The Six Million Dollar Man” intro, “We can rebuild him. We have the technology.” We can disassemble a vehicle, restore and refurbish its original parts and return it to nearly how it looked when it first rolled off the production line. A new trend in the world of conservation is dry-ice cleaning.

Dry ice? Like the stuff in haunted houses or used to flash freeze whole tunas? Yes, we’re talking about that dry ice. It’s similar to media blasting but perhaps less abrasive, much like vapor blasting.

You may have questions about this new restoration technique. The Drive’s Guides & Gear team is here with the answers.

How Does Dry-Ice Cleaning Work?

Dry ice is the solid form of carbon dioxide. If you were to blast the super-cold material — it’s nearly minus-110 degrees F — through a pressurized hose, it can actually clean surfaces. It’s akin to media blasting without abrasive materials such as glass beads or silicone dioxide.

That feeds pressurized dry ice through a hose. The single hose setup allows for consistent pressure, despite hose length. ACT Dry Ice Services in the Philadelphia area gave us an up-close look at how it works.

The reason dry-ice particles work so well as a cleaning agent for restorations is that the carbon-dioxide particles sublimate — meaning it turns from a solid into a gas without first becoming a liquid — when they hit the surface. It’s not the impact of the particles that removes dirt, rust, and other debris. The magic happens when the carbon-dioxide particles turn back into gas. Unlike the chiseling effect from a process such as sandblasting, dry-ice blasting removes the gunk, oil, and decades worth of soot without removing the car’s steel, aluminum, or other metals.

Want more magic? Part of dry-ice cleaning’s attraction is that it won’t take off any paint since material with a strong bond to the surface will remain, while the undesirable bits will be removed.

How Long Does It Take and How Expensive Is It?

David Pickard from ACT ran me through the basics. David originally worked for Alpheus, a company that makes dry-ice blasters, and he’s been in the business for 25 years. He’s also worked on Yenko Chevrolet Camaros and Ford Mustang Shelby GT500KR convertibles.

Most of his automotive tasks involve heavy degreasing, undercoating, or a combination of the two. The average job takes between five and seven hours, depending on how significant the filth is. He noted that access is key, so a rotisserie car rotator is ideal, but a lift can help you get to the right areas of the vehicle. He once blasted a car on the ground, but he said that it wasn’t a fun experience.

For ACT’s cleaning services, it’s about $250 an hour at the company’s facility and $350 an hour if travel is involved. That means you’re looking at a general range of $1,250-$2,450 for an entire vehicle. Other shops may charge more or less.

Where Did Dry-Ice Cleaning Originate?

Dry-ice cleaning came from the aviation industry, and there’s some evidence the United States Navy experimented with it as a degreaser as early as 1954. It wasn’t until 1974, however, when Lockheed Martin filed a patent for “sandblasting with pellets of material capable of sublimation” that we find the real application of dry-ice cleaning.

By the mid- to late 1980s, other commercial industries took to dry ice as a method for cleaning. More patents were filed for a portable cleaning system, and things took off from there. The automotive industry is the latest to get hip to the application.

Alpheus was able to leverage Lockheed’s patent for commercial use. Today, companies such as Cold Jet, which acquired Alpheus, sell commercial-grade equipment that can be used in automotive restoration. Lots of companies now offer the service for your classic-car restoration.

Whether you fancy yourself a potential dry-ice cleaning DIYer or are just in the market for the service, it’s important to know the terminology. You gotta speak that dry-ice lingo! Here are some of the most common terms you might come across.

Abrasive cleaning, according to Merriam-Webster, is polishing or cleaning a hard surface by rubbing or grinding. That sounds like me on the dance floor in high school. (Ed. Note: Strike two, William. You were warned.) The key bit to understand here is whether the particles are abrasive or not. Abrasive media blasting removes all material, including and can even remove structural material. Nonabrasive methods, such as dry-ice cleaning or vapor blasting, don’t.

This has nothing to do with explosives. This just refers to forcing material (pellets of carbon dioxide, in this case) through a pressurized hose.

The solid form of carbon dioxide, dry ice is regularly produced as one of the byproducts from ethanol production. As gas escapes, it is collected and returned to a solid, only to be blasted back to a gas during the cleaning process. Isn’t science marvelous?

These are the corn-kernel-sized materials that the dry-ice cleaning process uses. They are not available in stores but are more likely sourced for industrial use. Pickard said he has a few sources within 45 minutes of his location in Pennsylvania.

This is the endothermic process where a solid turns into a gas without first becoming liquid. It requires specific temperatures and pressures in order for sublimation to occur.

Q: Can I buy my own dry-ice-cleaning machine?

A: You certainly can. There are a bunch on eBay. However, you would likely need to have a lot of surface to blast in order to make it worthwhile since the systems aren’t cheap. They run from $5,000 for old and busted to north of $20,000 for the new hotness. Machines are measured in total number of hours used.

Q: What personal protective equipment do I need for dry-ice blasting?

A: As with any type of media blasting, protect your eyes and ears and skin. Add some breathing protection, and you’re good to go.

Q: Is dry ice safe for the environment?

A: Yes. The pellets basically turn to a nontoxic gas when they hit the surface. However, there is some cleanup.

Q: Are there downsides to dry-ice cleaning?

A: It’s messy, but it’s no messier than any other media blasting. Unlike sandblasting, there is no abrasive media to clean up. The dry ice turns back to gas, so you’ll just be cleaning up the dust, grime, and rust bits that come off. Also, it’s quite loud. The system runs at around 150 decibels. Pickard said that onlookers quickly get discouraged from hanging out to watch him work.