For Sale: This 2011 Suzuki Equator, World's Most Basic Truck

The most anonymous of trucks helped me get a good deed done for a nice guy. 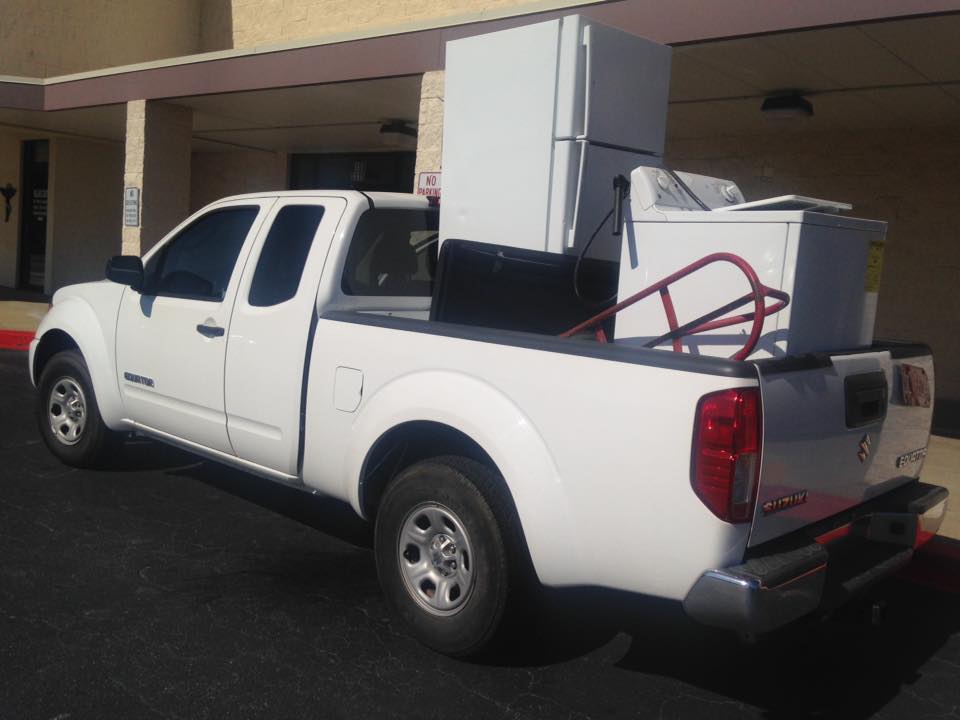 "Why the hell am I wasting time with this crap?"

I went to the Habitat ReStore to get some tools and supplies for a little property I have way out in Tallapoosa, Georgia . I needed a fridge. So naturally I ended up staring at a big collection of disassembled ceiling fans for fifteen minutes. Then, after I got bored enough to finally start focusing on the task at hand, I found a surprisingly nice GE fridge for only $140.

About 15 minutes before the store closes this 80-something year old guy comes straight up to me and says, "Excuse me sir. Can you help me get this washer out to my place?"

I managed to get the dirty deed done without blowing my back or hamstrings for once. He offered to pay me about eight or nine times, and after telling him to just pay it forward, I finally told him the truth.

"Look buddy, you've done the heavy lifting in your life long enough. It's my turn now."

I'll be damned if this guy didn't open up like a young kid sharing his first day of school. I got to know everything about this guy. His wife. His kids. His grandkids. His military service. Even the mileage on his two vehicles.

Sometimes you can waste time with crap and wind up with a jewel of a nice guy. As for the 2011 Suzuki Equator, it's a 4-cylinder manual that has absolutely power nothing on the inside. Manual windows. Manual doors. If this Nissan in drag could have been equipped with a wind up radio and a wind up starter crank, I'm sure Suzuki would have been given those options too.

But the thing is I bought this 2011 model good and cheap. 43,000 miles for $5500 because the left quarter panel had some minor damage on it. One whiskey lick repair later, and a tonneau cover found on Craigslist for a hundred bucks, and I have just over $6000 in what amounts to a 2011 Nissan Frontier with a 7 year / 100,000 mile powertrain warranty.

I'm selling it for $8900 and chances are, it'll go to someone who is Latino and works in construction or landscaping. Those folks pay all the money in the world for trucks with back seats because they can use them to pick up their family and co-workers, and haul or tow whatever light equipment they need to get work done.

300,000 miles over the course of a decade and change is not uncommon with older Nissan trucks. I have no doubt this one will get there too.