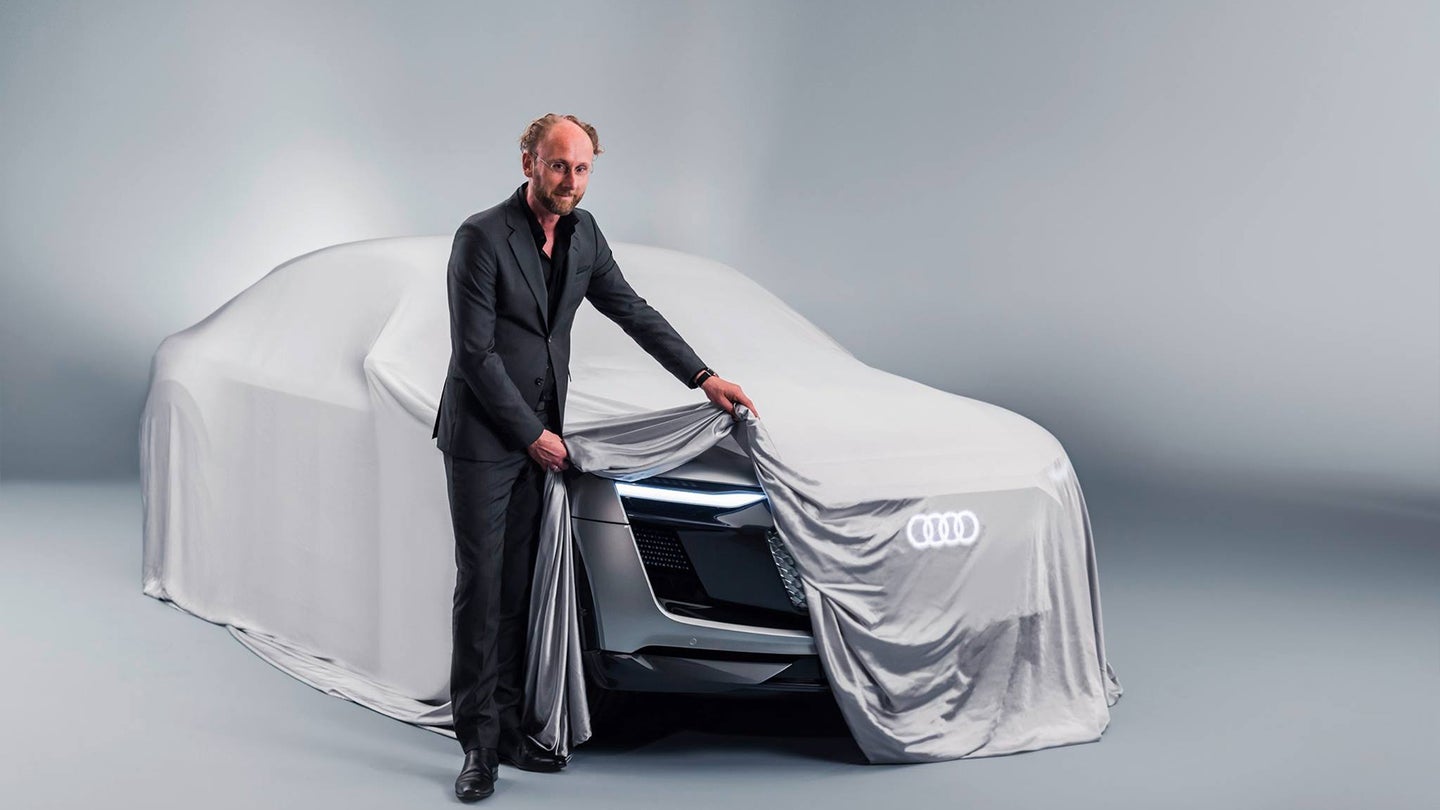 In the new era of emerging luxury electric cars, Audi claiming territory. Though it's already worked on some hybrid and full-electric models, the manufacturer has yet to be as successful as BMW's i-series or Tesla in the same market (netting only 2% of sales from the e-tron A3). The luxury German brand decided to announce a few teasers of its flagship e-tron line ahead of the Shanghai Auto Show on Wednesday.

Audi already has had a number of electric “e-tron” vehicles, including the A3 Sportback, unreleased Q7, and now-defunct R8. though no official word has been put out by Audi at this time, this release appears to encompass the Q7 as well as a mystery Sportback (possibly to fill the crossover gap between the A3 and the Q7). No surprise there, given that the Shanghai Auto Show still needs some surprises to wow audiences later this week.

Here’s a short video which showcases some interesting features, including a dance by the tail light’s LEDs and even a hint at Audi’s iconic rings-logo being illuminated.

It is believed that Audi will feature the same battery pack, which they have invested in developing for their Quattro line; a 90kWh pack (comparable to Tesla’s Model X) which would provide around 310 miles of range from a full charge. EPA tests on the Model X with the 100 kWh battery are 289 miles to a charge, so Audi would need to have some magic up their sleeves to meet the numbers that were projected all the way back in 2015.

Volkswagen Group previously announced their goal to build between 2 and 3 million fully electric cars by 2025, and it seems that this will greatly grow Audi’s e-tron line to include more SUVs and Crossovers, given that they make up a large number of the sales. Volkswagen will need to improve upon their existing lineup to make sales more attractive, since figures such as the 125 mile range on the 2017 e-Golf is not all that desirable for consumers.

Regardless of what Audi has to offer, we’re interested to see exactly what this release will offer. The amount of love that electric vehicles are getting this year already indicate the shift of the auto industry to a more electric-oriented fleet. In the near future, we will see if the industry trend of SUV-preference will continue, and if the auto manufacturers can keep up with the necessary range to meet consumer demand.