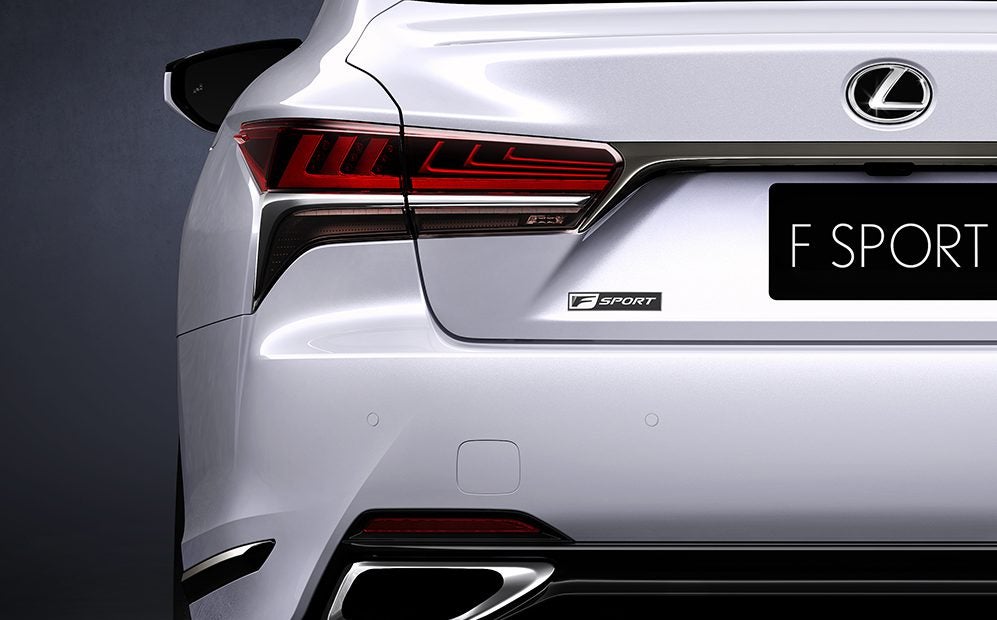 With the all-new LS poised to arrive in early 2018, Lexus will make yet another addition to the growing LS family. Having previously unveiled the LS 500 earlier this year in Detroit and the LS 500h last month in Geneva, Lexus will bring the LS 500 F SPORT to New York.

Introduced in 2011, the F SPORT line was positioned against Mercedes-Benz's now-defunct AMG Sport and BMW's M Sport lines. These appearance packages enhanced both the exterior and the interior of the cars in an effort to make them more appealing than the standard models. While these sport trims looked proper, they lacked the power held by their top-of-the-line performance counterparts. Imagine F SPORT then as the best of both worlds: enjoy all of the comfort of the base model with the showy bits from the F performance model.

The teaser image shows a darker rear diffuser and black molding wrapped around the rear bumper. Up front, expect Lexus' signature spindle grille to be blacked out on LS 500 F SPORT, which, will also wear larger wheels as it has in the past. F SPORT badging will be prominent all-around including in the cabin. It will carry a higher price tag over the base model LS as well.

The all-new LS 500 F SPORT is expected to be powered by the same 3.5 liter, twin-turbo V6 revealed in January. This new engine is good for 415 hp—an increase from the current generation’s naturally-aspirated V8 which made 386 hp. The F SPORT package will also be available for the fuel efficient LS 500h.

The LS 500 F SPORT will be on display beginning April 12, in the Javits Convention Center at the 2017 New York International Auto Show.