There's no camouflaging that iconic grill. 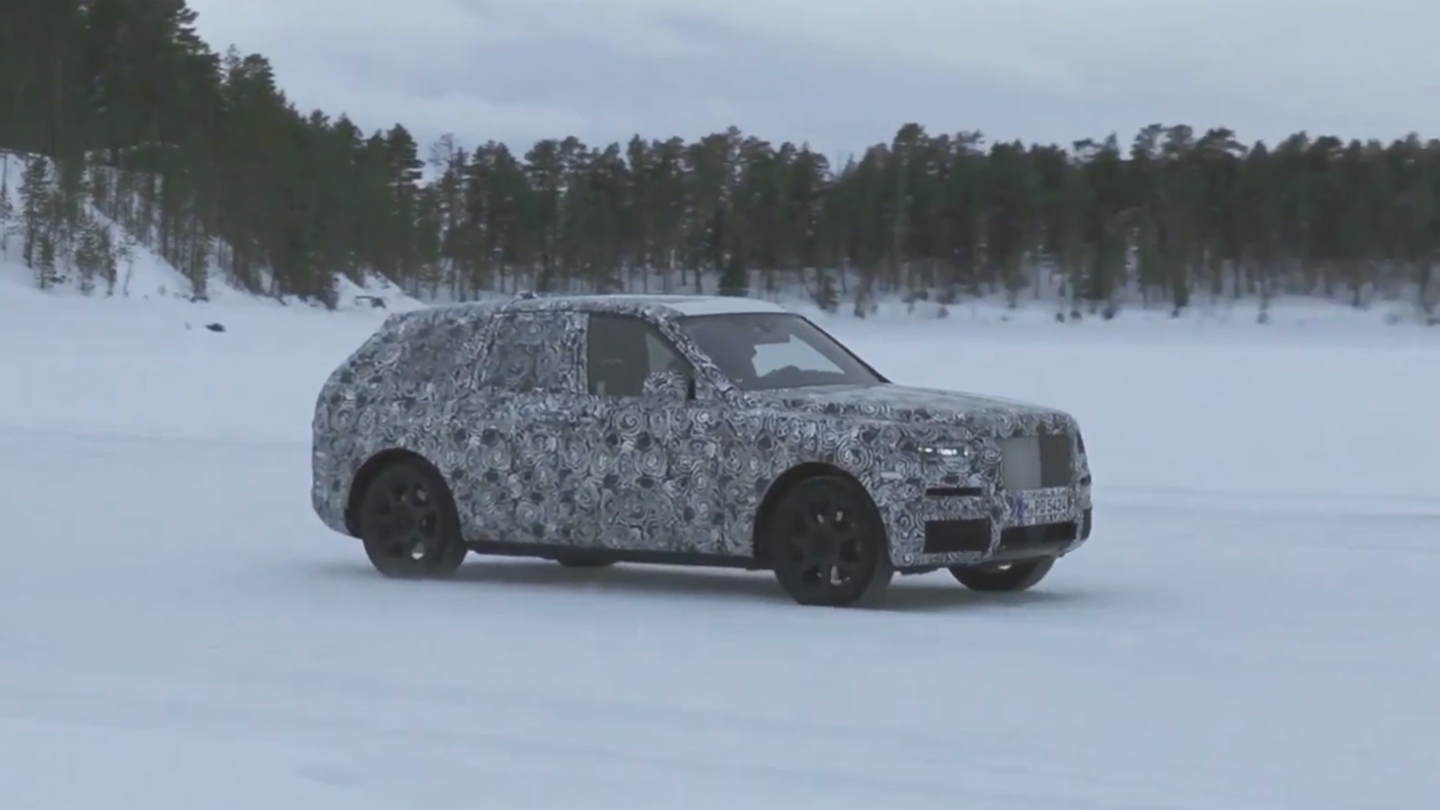 Eight years after the worst financial crisis since the Great Depression, the world is suddenly flush with supremely expensive SUVs. It's the Bentley Bentayga's world now, and we're just living in it. It makes sense, then, that Rolls-Royce is excited about the launch of its new Cullinan SUV—so excited, in fact, that the normally secretive company sent a camo'd version (along with a possible AWD Phantom or Ghost update?) out to play in the snow recently in front of a few cameras. It's looking a little like the love child of a Ghost and a Range Rover, but then again, those are two pretty great parents to have.

The first half of the video from autoevolution shows the Cullinan (named for the largest gem-quality diamond ever found) cruising up and down some snowy streets, with the second half showing it tackle a few closed packed-snow courses. It looks like the newly-designed AWD system works quite well, as the Cullinan climbs and descends a few steeper sections that might give a RWD Rolls some trouble.

Powered by a twin-turbo V12, the Cullinan will tie a new aluminum structure to that traditional "magic carpet ride" suspension for gains in fuel economy and comfort. When the cold weather testing is completed, Rolls-Royce plans to take its testing to the Middle East for some sandy summer fun. It's due to launch in late 2018—as Rolls-Royce's website says, "you can't rush perfection."