What Is The Most Popular Way To Pay For A Car?

In a world where everything is accepted from old fashioned checks to bitcoins, there is one payment method that still stands out. 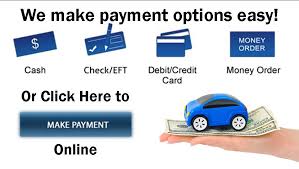 Cars are a trillion dollar industry. In the USA alone there are over 17 million vehicles sold new annually and nearly 40 million more that are purchased as used cars. Between the buy and the sell, there are hundreds of millions of repairs, maintenance needs, insurance payments, and fees that county and state governments inflict on your savings account.

Make no mistake. A car is as expensive as hell even after its first, second, third, or even sixth purchase. As a car dealer and auto auctioneer here in Atlanta, I have seen one constant when it comes to payment that towers over all others.

Back in November, the Federal Reserve released the preliminary findings from its 2015 Diary of Consumer Payment Choice which focuses specifically on how we pay everything related to our car.

They found the following:

A lot of folks assume that cash has some healthy of level discount to it, and, in some cases, that's definitely correct. There is a level of pull that cold hard cash has between individuals. But there's also a convenience factor in shelling out a cash payment and then never having to look at the bill ever again, and for tens of Americans who don't use a bank, cash remains king.

Even in today's world where technology offers a ton of convenience and rewards the forgetful soul, cash is still the biggest tool of payment out there. Do you think this will always be the case? Feel free to share your thoughts in the comments below.