The German automaker’s next luxury sedan is exceptionally pretty. 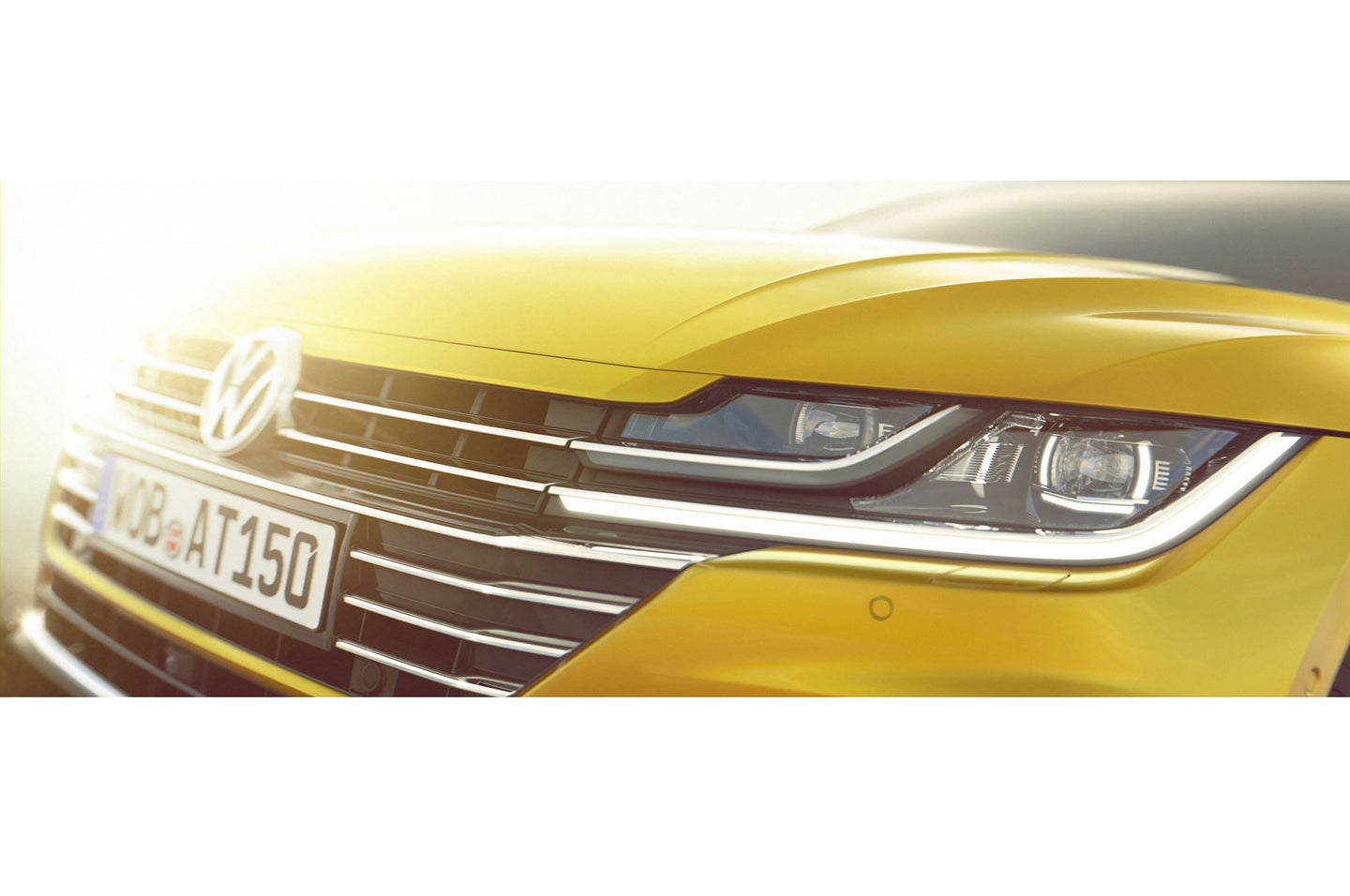 We've now met the Volkswagen CC's successor before its Geneva debut. Former glimpses of a rendered Arteon sedan had surfaced previously, giving us a taste of VW's newest addition to its family of sedans. Slotted to sit atop the brand's car lineup, placing above the current B7 Passat, this is an all new model aimed towards a higher luxury standard. These peaks show us a stylish front and rear portrait, teasing us prior to the model's official releases.

These shots give us a good indication of the Arteon's design language. The completely unique front fascia sets the sedan apart from the rest of VW's range, putting off a more obvious sense of grandeur. The rear styling brings back familiar LED signature lighting while still switching it up from the CC it replaces.

Though we are yet to see the Arteon's side profile without camouflage, expect a stylish and sweeping fastback design. The car's low-slung roofline brings back the bits we loved from the former VW four door, adding to its road presence. Details are scarce, but we're anticipating subtle touches like frameless windows and flowing lines.

We're looking to the Arteon to carry on cues of old while maintaining a fresh face. Big wheels have become a standard on VW and Audi sedans of the past, something we're sure will continue with this model. Look for a more refined interior than its Japanese counterparts, though the Arteon now steps into the realm of Lexus and Acura. To play with those manufacturers, VW will have to make sure they up initial quality and build from before.

VW is yet to announce a release date for the sedan. It will debut next month with all of the details and specifics we're wishing for accompanied by a possible summer launch. This is a car that will straddle the bridge between VW and Audi in terms of comfort, putting it at a different spot than Volkswagens of old. Look here for more details once they are released.