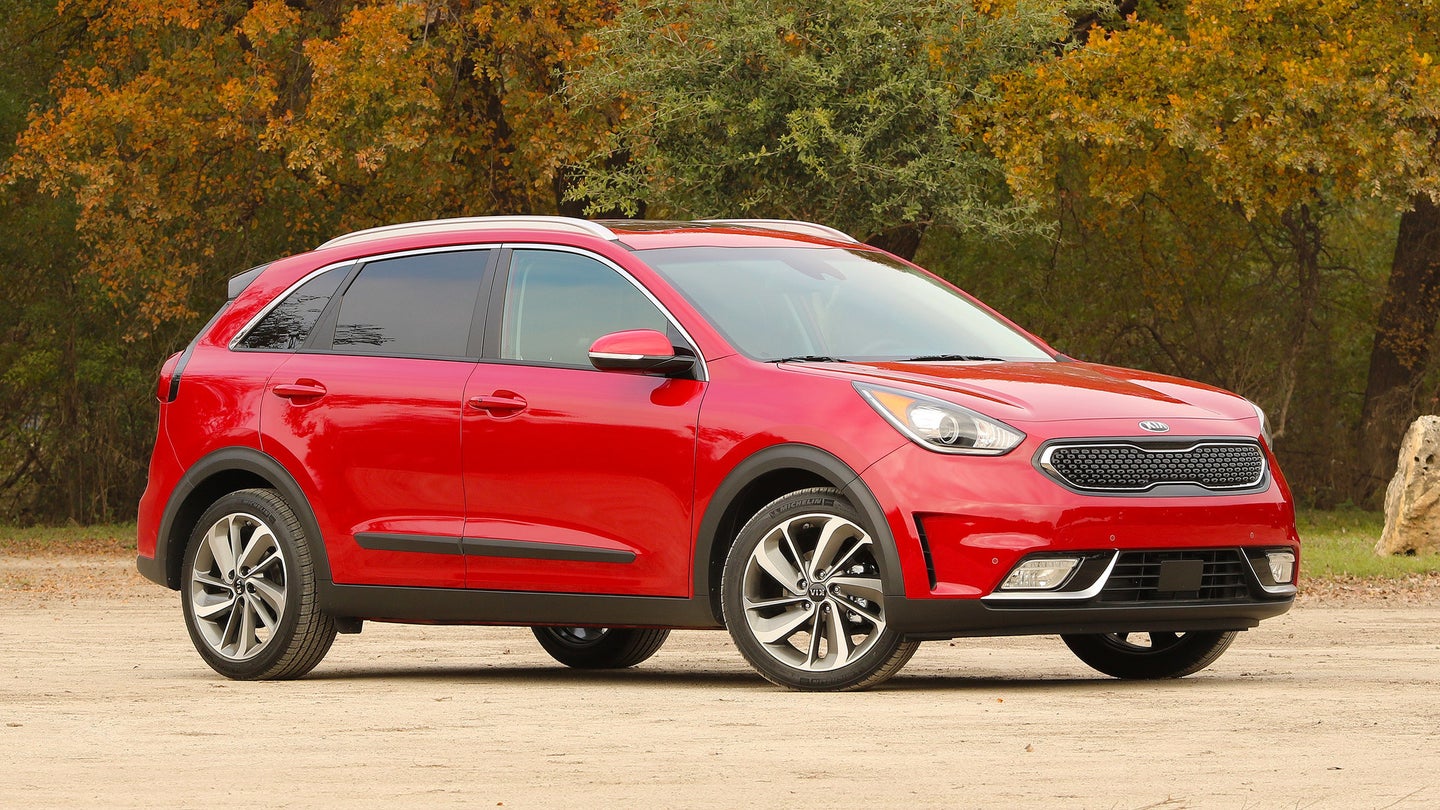 As of late, the Hyundai Group hasn't sat atop the high horse. They've struggled with sales and spent a lot of money while lacking the model support that the American market demands. With their focus on small penny-pinching compacts, they've missed the big picture with crossovers and SUVs here in the States. The new Niro Hybrid could, however, bring some hope back for the Korean manufacturer by promising exceptional utility with low purchasing costs and stellar fuel economy.

Although Kia has the Sportage and Sorento, they've missed the mark for CUVs in the past. The Niro Hybrid, based on the company's first all-hybrid platform, brings a new flavor to the company's lineup. Other company's have been thriving in this market with the introduction of new models like the Ford EcoSport and upcoming Jeep Compass. These small-but-mighty utility players are becoming increasingly popular among young buyers, and the fact that the Niro Hybrid features an electric powertrain duet is enough to set their pants on fire. But will it?

Kia's pricing of the Niro certainly makes a good case for itself. Other hybrids are knocking the socks off of potential buyers with costs being significantly higher than gasoline-only vehicles, but that's not the case here. Pricing starts at just $23,785, a figure that's just as low as a base Ford Escape (non-hybrid, mind you). Trims will include FE, LX, EX, Touring, and a limited Launch Edition, giving you plenty of selection with the most costly tipping in at just over $30,000. You can have your Niro Hybrid about as basic or luxurious as you could ask for, all while keeping the budget in tact. Kia’s VP of Product Planning Orth Hedrick said in a release “At Kia, we’re always striving to offer exciting new products that redefine their segments in all areas, including price. The new Niro checks all the boxes- it provides crossover utility, good looks, outstanding fuel economy, it’s fun to drive and it’s affordable.”

Lastly, it ticks the every important MPG box for young buyers. As we become more eco-conscious, we also become more mindful of fuel consumption -- something that has become more important now than ever before. Numbers are yet to be confirmed, but the manufacturer aims to hit 50 MPG with the small utility vehicle. This would rank the Niro Hybrid at the top of its class, further proving itself to consumers.

So will it be enough to give Kia sales a swift kick in the behind? Maybe. Depending on how successful the model is in the real world, the Niro Hybrid could help the manufacturer out in a variety of ways while still satisfying their low-cost standards.