How Many Jeeps Does it Take to Rescue An 18-Wheeler?

The answer is three. 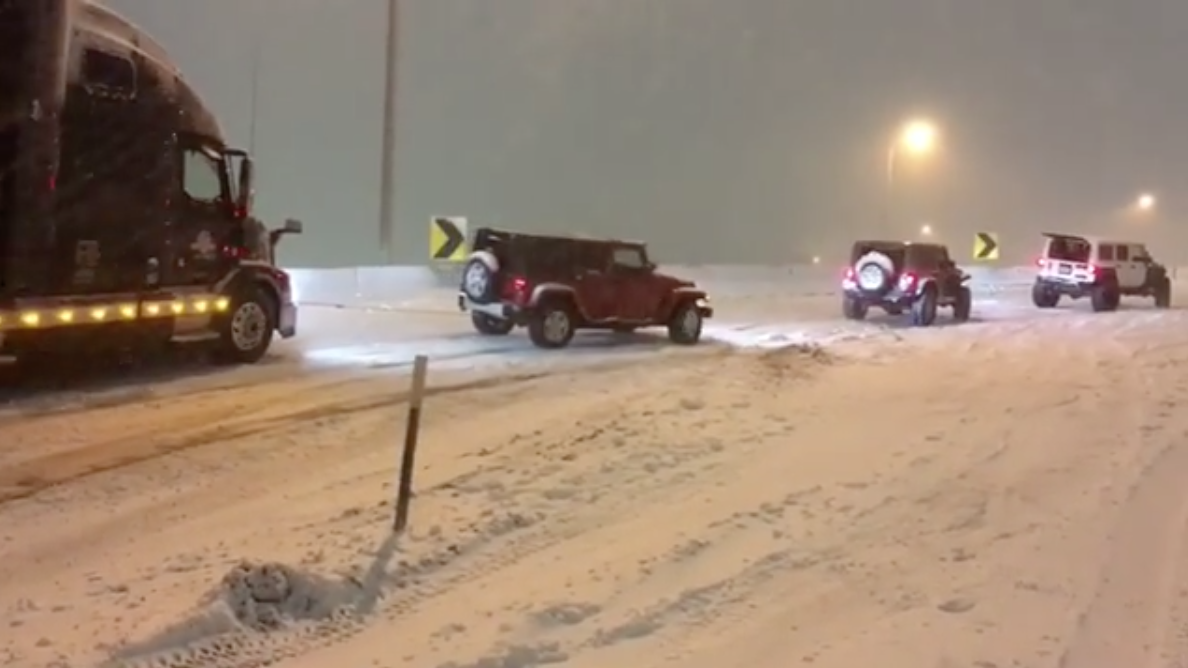 Videos of daily-driven street trucks rescuing big rigs from the snow began surfacing a few years ago and temporarily set the internet on fire. The two videos below are probably my favorites and seem to be of the same truck (but aren't).

Yea, these torque monsters are essentially built for this type of job so it really shouldn't come as much of a surprise but it's impressive nonetheless. Earlier today, I came upon an Instagram video of what looked like a modified Wrangler rescuing an 18-wheeler from the snow as the image below was displayed initially.

I have to admit, I was impressed and surprised that a Wrangler - no matter how modified - was able to complete such a task. It's not just that they lack the necessary torque, they also don't weigh enough and simply aren't designed for that type of capability. After viewing the entire video (below), everything started to make a lot more sense.