Production of the next German Big begins. 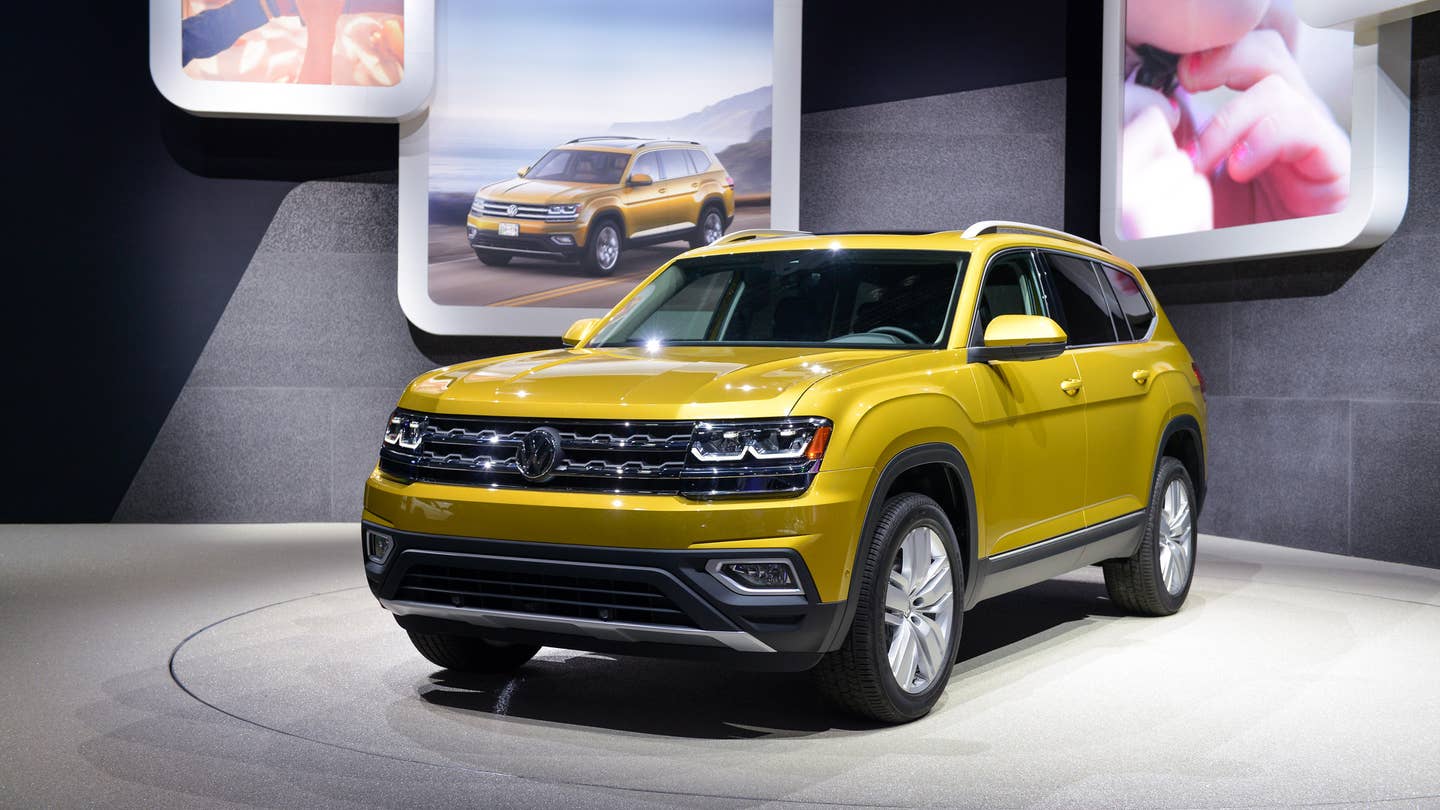 Volkswagen's new third-row SUV, the Atlas, is now being produced at the company's manufacturing plant in Chatanooga, TN. Set to compete with the Ford Explorer and Honda Pilot, the VW will join one of the fastest-growing segments in the American market. Think of it as a middle-ground between the compact SUV Tiguan and the big-bull Touareg.

Despite rumors of the Atlas being produced in Mexico, the company decided to add on to its Chatanooga plant to host manufacturing of the vehicle. This required quite a bit of modification to the facility, costing VW around $900 million. The factory gained 665,000 square feet to house all of the extra equipment needed for production. This move is significant for the local economy, bringing in 400 workers already with even more expected over the next few years.

Volkswagen plans to keep powertrain options simple. The Atlas will feature two engine choices -- a 2.0L TFSI four cylinder as well as a 3.6L VR6 borrowed from the Passat CC. Both of these powerplants have been a part of the VW family for quite some time, proving reliability as well as performance. An 8-speed automatic gearbox is standard, gaining some extra fuel economy for the Atlas. The company's 4Motion all wheel drive system will be available as well.

The Atlas will be specific to the United States, aiming to increase their popularity among American consumers. It's just one of the many new models that VW plans to release over the next few years, joining a host of electric options that will also be built in the US by 2021. VW's recent decision to stop selling diesel vehicles in the US means that they will have more time to focus on the expanding SUV classes. The Atlas should put up a good fight in its category, adding an affordable German option to the mix.