Don’t Expect to See Any Rotary Cars for a While

Mazda had us hoping, but plans for the RX-9 have been nixed. 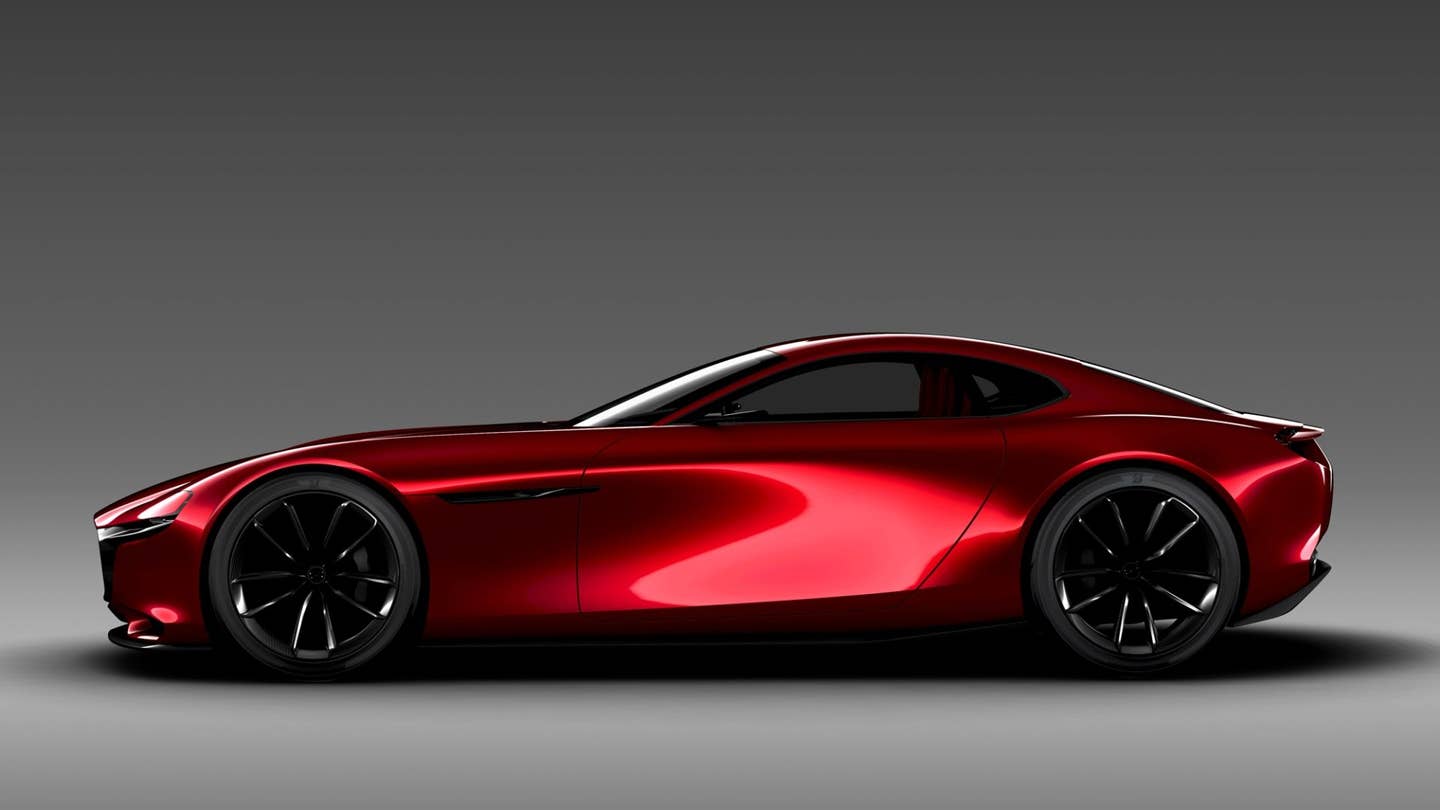 We've been doing without Wankel goodness since 2012. That's when Mazda withdrew the RX-8, a relatively unimpressive car that still sparked our interest because of its lovable powerplant. There had been talks of reviving the RX tradition with the concept RX-9, but Mazda CEO Masamichi Kogai has since curtailed the vehicle's development. This comes as upsetting news to the rotary faithful as this was considered by many to be the last shot at rekindling the old flame that was Mazda's hotrod. So, what does this mean for the engine's future?

Mazda, not unlike any other manufacturer, must continue the pursuit for fewer emissions. The Japanese company has put emphasis on their SKYACTIV technology over the last few years, but the necessity for improvement is undeniable. With the production of electric vehicles increasing annually, there's no doubt that the company will look towards them as an aid to bring down their environmental impact. However, Mazda is always looking for something to seperate them from the rest of the crowd -- a rotary hybrid could be just that. This would also solve the issue of the rotary's less-than-notable efficiency. The company has already stated that they don't intend on building a sports car larger than the MX-5 Miata, so this seems to be the most probable application of the rotary engine in a consumer vehicle.

If (and hopefully when) the Wankel is revisited, it's slated to be a more complete package. Expect its former flaws to be improved upon, including fuel efficiency and oil consumption. Kogai is quoted in his interview with Automotive News saying "If we were to restart production of the rotary engine again, we need to make sure it wouldn't be just short-lived". This promises that it would not be a half-hearted effort, solving many of the many concerns that hindered sales before.

While we're saddened by the death of the RX-9 project, hope isn't completely lost. Even in Mazda's most pedestrian vehicles, the handling and experience is consistently above par. We may not see another rotary powered sports car for years to come, but a little dash of excitement in Mazda's future model introductions could suffice for the time being. Until then, we will continue to beg and plea for the RX-7's spiritual successor that was left out in the RX-8. We know you can do this.