What Does a Nineties Heartthrob Underwear Model Have in His Garage?

Antonio Sabato, Jr. was one of the hottest models of the Nineties. His first big automotive purchase? A Nissan Pathfinder. (But it gets better from there.) 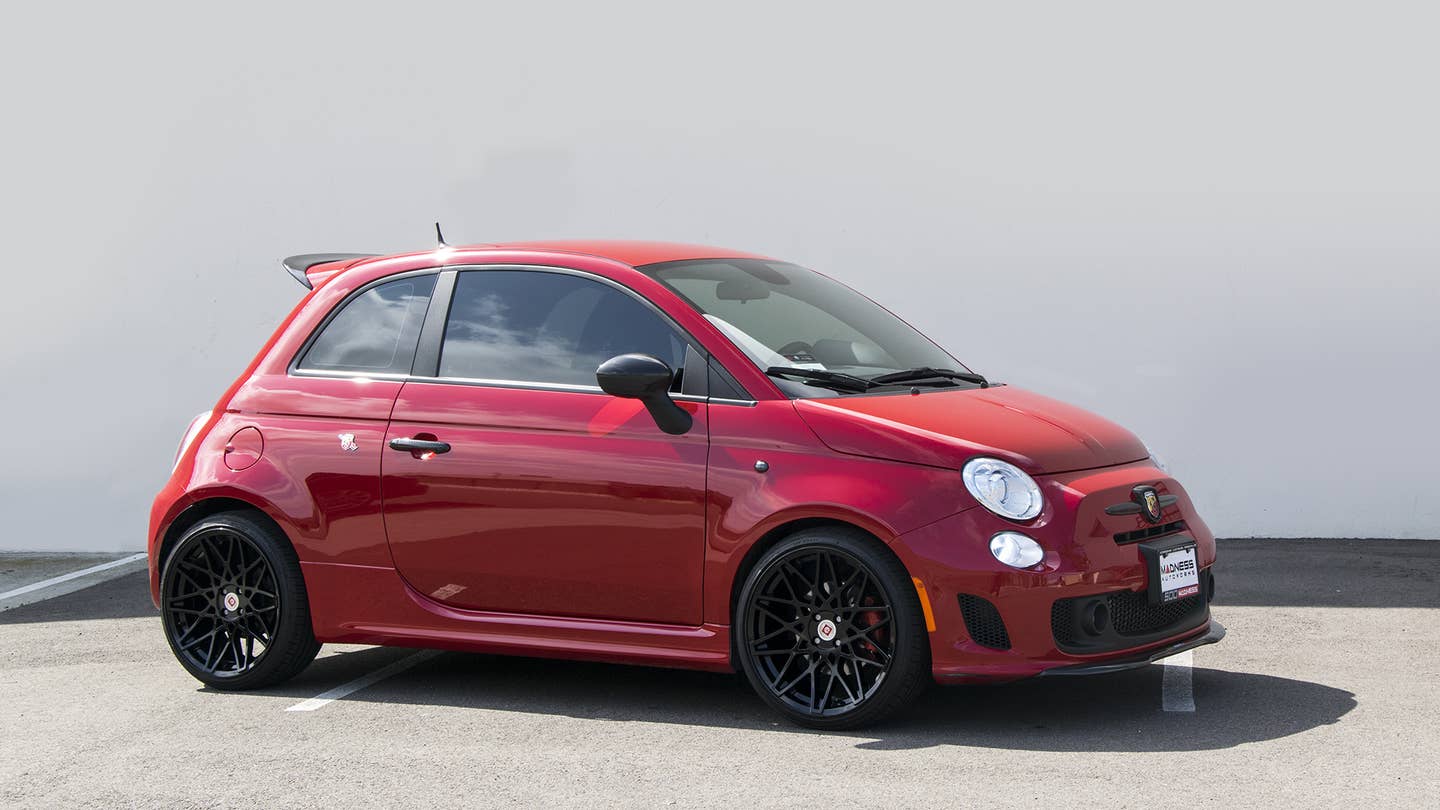 Back in 1996, when print advertising was still the only game in town, Antonio Sabato, Jr. caused a sensation when his debut ad as a Calvin Klein underwear model was unveiled on a 90-foot billboard in the middle of Times Square. That notoriety led to roles on Melrose Place and General Hospital, and later, Dancing with the Stars and Celebrity Wife Swap. But the 44-year-old actor has been a car nut since he was a kid growing up in Italy around hot-rodded Fiats, and with a dad, Antonio Sr., who played Yves Montand’s Ferrari-driving teammate in the 1966 James Garner classic Grand Prix. Sabato Jr. has also raced in the Porsche GT3 Michelin Super Cup series and has owned a broad range of classics, semi-classics, and marginally desirable cars.

Sabato has now returned to his au naturel roots. Starting tonight, he will enjoy a month-long run as the “Celebrity Host” of the improbably popular Las Vegas stripperformance troupe the Chippendales dancers, taking off his clothes—but never his cuffs or bow tie—to the delight of ogling bachelorettes, drunken fiftieth-birthday party celebrants, and licentious homosexuals feigning ironic distance.

On the morning of his first Chippendales rehearsal, we gave Antonio a call to talk stripper moves, fuel-injected Civics, Abarth-tuned Cinquecentos, and the greatest automotive error he ever made.

Antonio Sabato Jr: You know, you want to do some slides—you want to slide on your knees. But that kind of hurts. It looks good, but it’s painful. I think when celebrities come and host the show, they get kind of frantic about it because they want to be perfect, and they’re dealing with these guys who are up there dancing and they look great—there’s so much personality up there on stage. And so, you kind of get worried—can I keep up with these guys? But everyone has been telling me, from the choreographer on, all you’ve got to do is go up there and have fun and smile. The audience could care less what you do. So that’s what I’m going to do. I’m just going to have some fun and see what happens.

TD: Okay, on to cars. What’s in your garage right now?

ASJ: Right now, my garage is all-Italian. I have a Maserati Ghibli, which I upgraded. I did some ECU tuning, intakes, wheel and tire package. That looks really good. It’s white with silver and black rims, and I want to wrap it in, like, a flat white. But my little toy is a Fiat 500 Abarth. It’s red, and I’ve been working on it since I got it about a year ago. I teamed up with a Long Beach shop called 500 Madness to build the car. We’ve done wheels, tires, and strut bars, lowered it, gave it new exhaust, ECU, intakes, a lot of carbon fiber but not too much—spoilers, a really beautiful carbon fiber diffuser. I’m doing the interior next. It feels great, it looks great, you can drive it every day. It’s got, like, 200 hp, and gets 30 miles to the gallon. Most people say, that’s a really small car, but I love it.

TD: What's the car on which you learned to drive?

ASJ: I learned on a classic MG. And then a Fiat 500, from the Seventies. It was a regular 500, but it felt like an Abarth because my father put an Abarth engine in it. It was white with a brown leather interior and brown wooden steering wheel. That was my first car, really. I started driving when I was about 10, when I could reach the pedals. I was driving go-karts and stuff like that before, but manual shifting I learned at a really young age.

TD: When you made it big with your Calvin Klein campaign, did you splurge on a car?

My first cars were Honda Civics. I had a white Civic with a sheepskin interior, and then a Civic Si, black, 1988. I enjoyed those. But when I had an opportunity to get the car, I got a Nissan Pathfinder. [Kevin Bacon did the same thing, oddly. Six degrees and all that.] I wanted an SUV. I thought it would be great to take my friends out, and take it skiing, and go everywhere. It was great. It had everything I needed. It was gray with a gray interior. That was the first brand-new car that was mine.

TD: Everyone I’ve talked to who made it big in the Nineties made some terrible mistake in buying a car. Did you ever make an automotive mistake?

ASJ: I would do my research, and I loved cars that I could drive every day. I didn’t want to work on cars because I grew up doing that, and I knew the problems with that. So, I had a [Ferrari] 550 Maranello, and that was a great car. It was a manual, it was a V12, and I always wanted a V12. I had a 600 Mercedes S-Class, V12. And I had a mid-90s Toyota Supra Turbo, must have been around 1995. That was a great car. Durability and reliability. I also had a Mercedes SL. You know, the famous Richard Gere-American Gigolo car. And that was a great car. I would love to have another one of those.

But there was a time in my life back then when I really wanted a Viper, the original Dodge Viper. And I finally got one. It was the original with, like, no power anything and the exhaust that came out the side. It was stock, and it was as rugged as it could be.

I wanted that car so much. And then when I finally got it, I didn’t keep it that long because I couldn’t drive it every day. It always required driving it to the limit, and I didn’t want to get pulled over, dealing with the cops and the tickets and all of that. It was fun for a moment, but that was probably not a good idea. That was a difficult car to drive. You had to know what you were doing because you could really easily lose the back end. There was a lot of torque in that V-10. I didn’t crash or anything, but there were a lot of people who got that car, and then they immediately went right into a wall.

Hero of the Day: Is Bill Murray a Porsche Guy?

Lost in translation, but found on a Cayman.