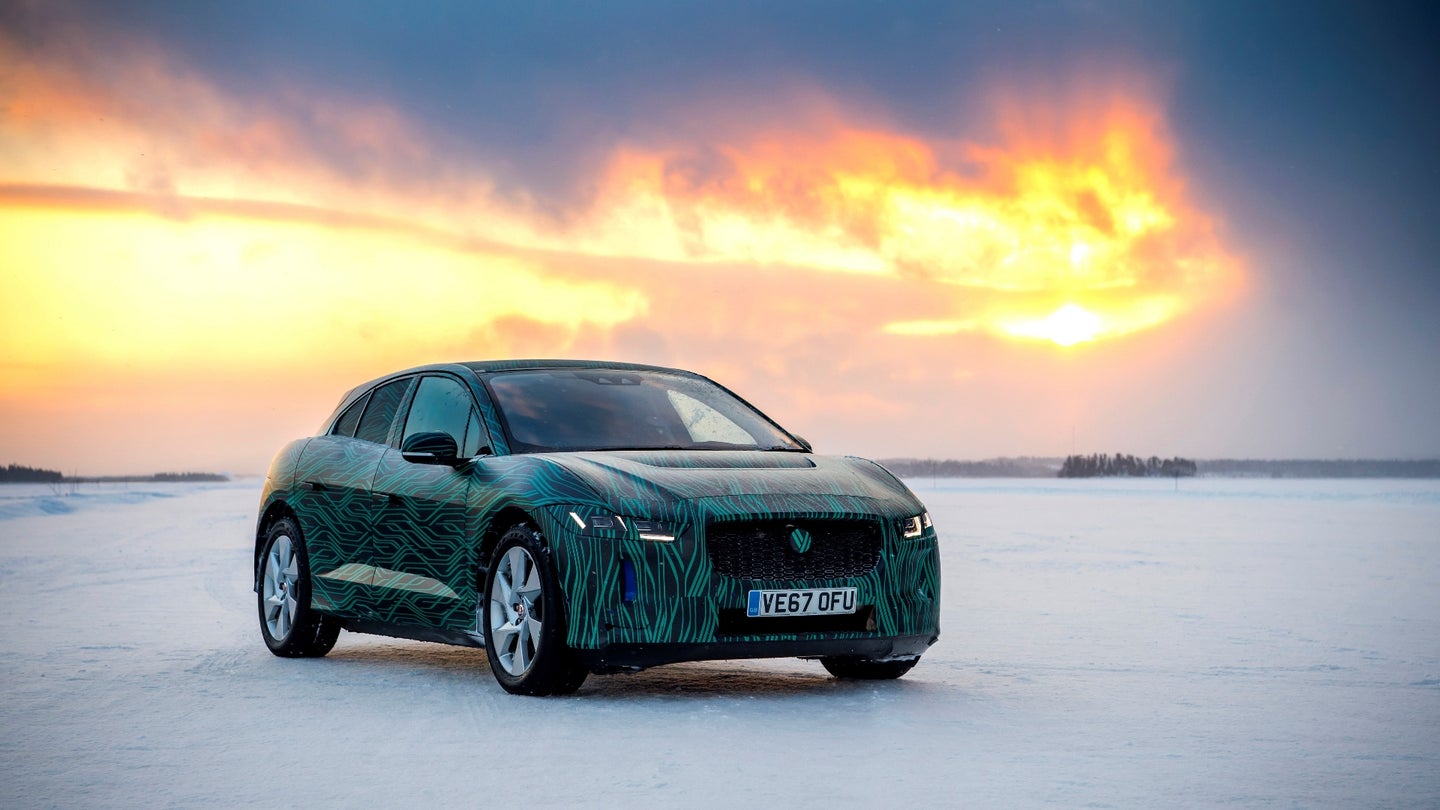 Jaguar unveiled the I-Pace electric crossover concept at the 2016 LA Auto Show and it’s already close to hitting dealer lots. Going from concept to production in under two years is pretty impressive, especially for something as innovative as the I-Pace.

Set to go toe-to-toe with the Tesla Model X, the I-Pace EV appears to be sized between the E-Pace and F-Pace. The I-Pace will have an electric motor at each axle that delivers 200 horsepower and 218 pound-feet of torque to all four wheels with a claimed 0-60 mph time of 4.0 seconds. Jaguar says the I-Pace will be able to charge from zero to 80 percent in just 45 minutes on a 100kW charger with a range of 220 miles on a full charge. With the upcoming production model, Jaguar promises “sports car performance and SUV practicality” in a new press release.

Jaguar put the I-Pace through its paces in Sweden in a new video. The all-wheel-drive competence was tested in Arctic conditions of -40 degrees Fahrenheit which should help with silencing any naysayers about EV performance in cold weather and snowy conditions. The I-Pace shown in the video is camouflaged, but it sure looks an awful lot like the concept as promised.

Not only that, but you can also control the cabin temperature with the Jaguar InControl system. You can set up preconditioning schedules so if you leave the house at the same time every day, your Jaguar can learn to warm up or cool down the cabin for you accordingly. This can be controlled with a Jaguar InControl Remote smartphone app. It will be like having a smart thermostat in your car.

The full unveiling is happening via live global broadcast on March 1, 2018, at 1:00 p.m. ET with Jaguar taking orders for the new electric crossover the very same day. The following week, the I-Pace will make its public debut at the Geneva Motor Show on March 6. Its doors might not be as cool as the ones on the Model X, but this Jag will be well positioned to take a bite out of Tesla’s market share.