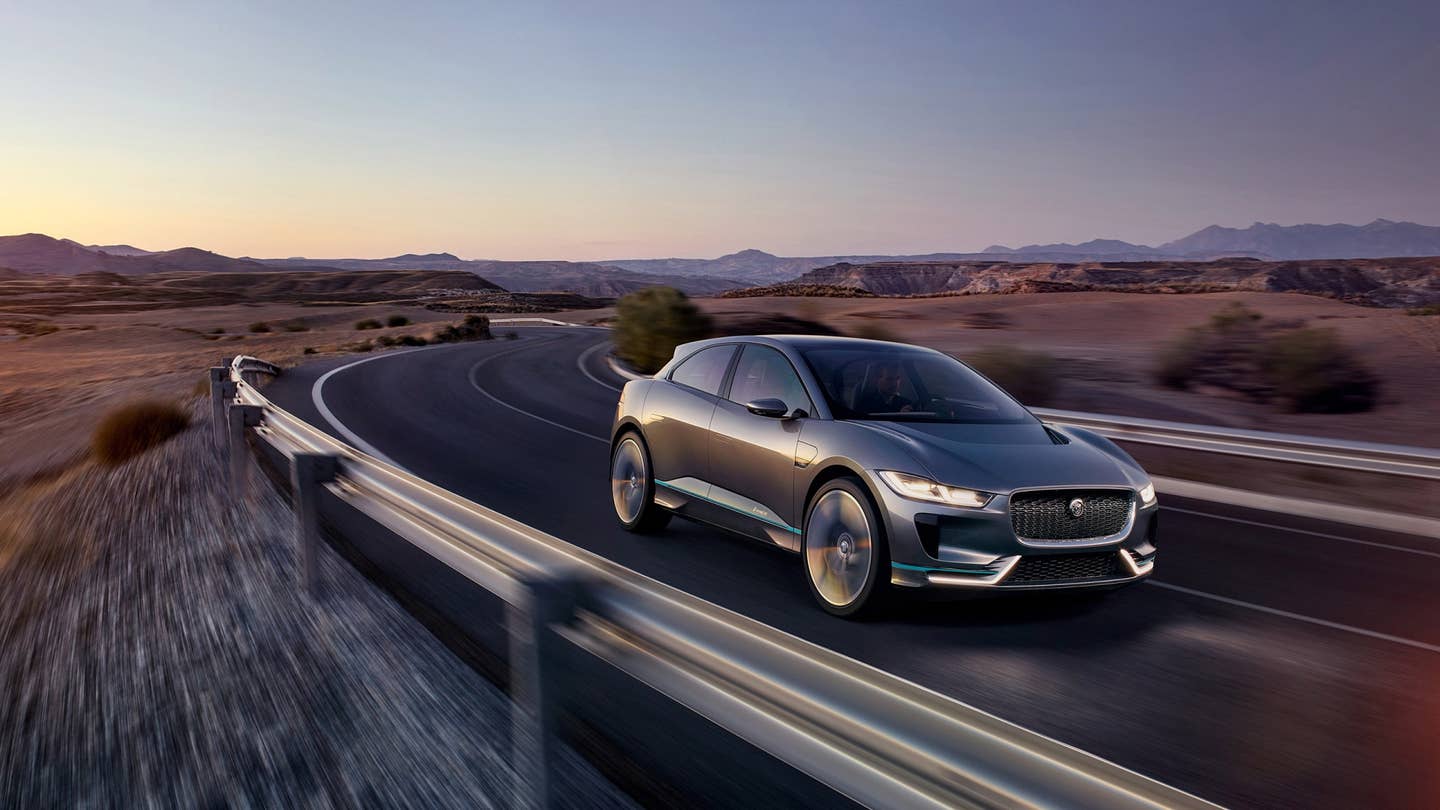 You wanted intricate design? They brought it. The bold look of the I-PACE Concept from Jaguar is visually stunning and indeed refreshing. The company is known for their styling, and that reputation luckily upholds itself here. Jag's I-PACE is set to be released in the second half of 2018 and will have over 220 miles in range -- a respectable number, though falling short of the Tesla Model X at 289 miles in its most capable form. Performance hasn't been forgotten as the British luxury SUV will produce 516 lb. ft. of torque, something that we've come to expect with electric motors. We've got a while to wait, so this video of the concept car's virtual-reality release will have to do for now.