In light of favorable feedback, Buick believes that half of all Regal sales will be wagons. 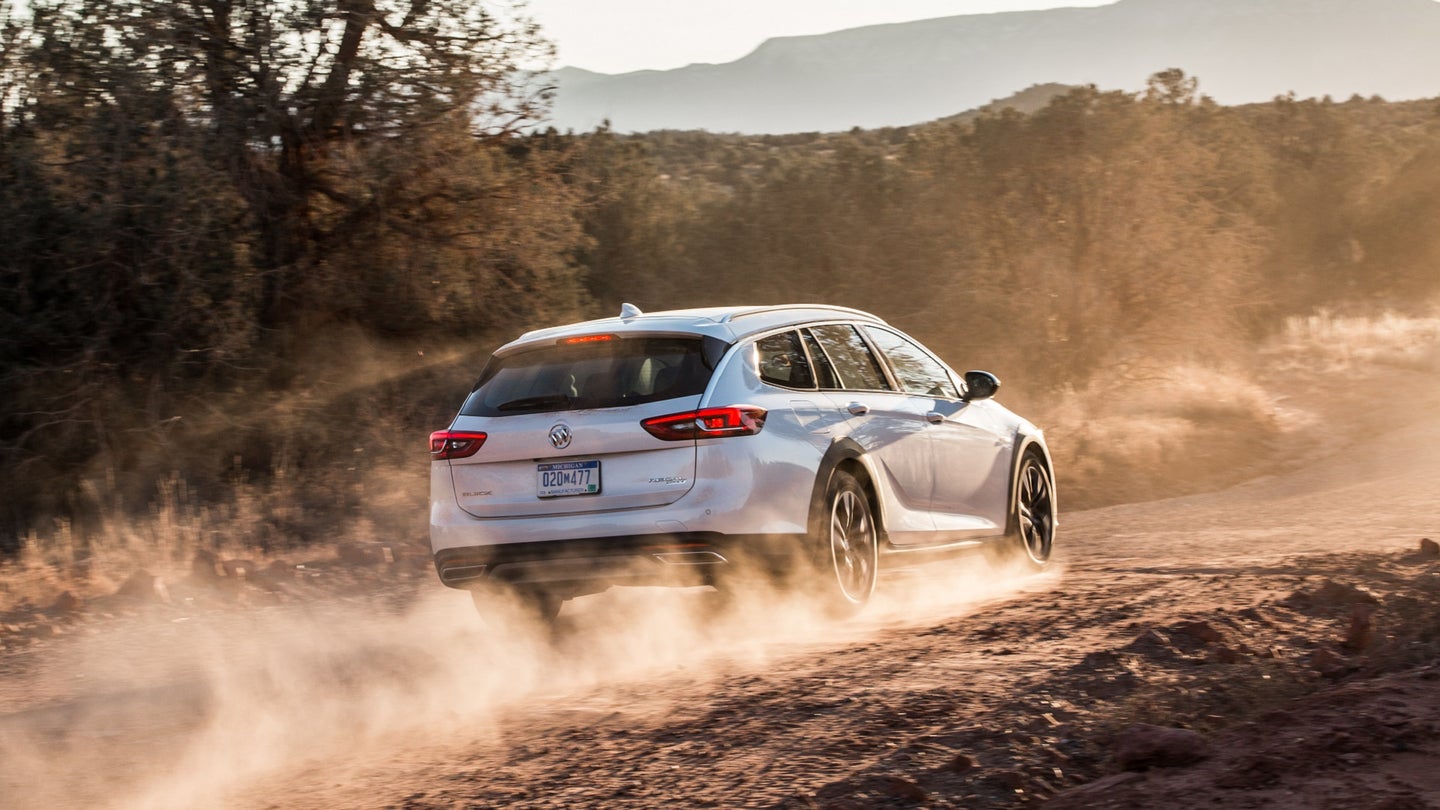 Wagons have almost entirely been replaced by crossovers and SUVs in today's market, and Buick was no exception until now. Initial reactions to the Buick Regal TourX, a wagon version of the Regal, have been so positive that the company has actually increased sales projections from 30 to 50 percent for the new model, according to Automotive News.

Regal TourX is Buick's first wagon in more than 20 years. It seems an unusual choice, but when you consider that sedans seem to be going the way of the dodo, it may make sense for Buick to cash in on a small but enthusiastic wagon market, and perhaps steal some thunder from the likes of wagon manufacturers Subaru and Volvo in the process.

Even the sedan version of the Regal is no longer a true sedan, but a "sportback" design, rather like the Honda Civic hatchback. This may also seem like a strange choice since Americans typically don't like hatchbacks. But cars like Audi A5 and BMW's GT versions have introduced hatchbacks into this upscale market segment and proven to be popular. Buick's move with the Regal Sportback and TourX is a brilliant way to use the same platform and running gear as the Regal sedan and put two shiny new wrappers on it that might sell better.

Buick expects the TourX to attract buyers from the likes of Subaru, Audi, and Volvo. "It really is a head-turner," Phil Brook, U.S. vice president of marketing for Buick and GMC, told Automotive News. "We're not an old-man sedan brand anymore. We're very much a cutting-edge SUV brand with some really good sedans to back that up," Brook said.

This should be great news to wagon fans everywhere. Wagons rule, and any wagon we can get in the ocean of bland lookalike crossovers and SUVs out there is most welcome. Apparently, Buick agrees.

This ain’t your grandma’s Buick. At least not anymore.