There’s an exciting new reason to watch the X Games. 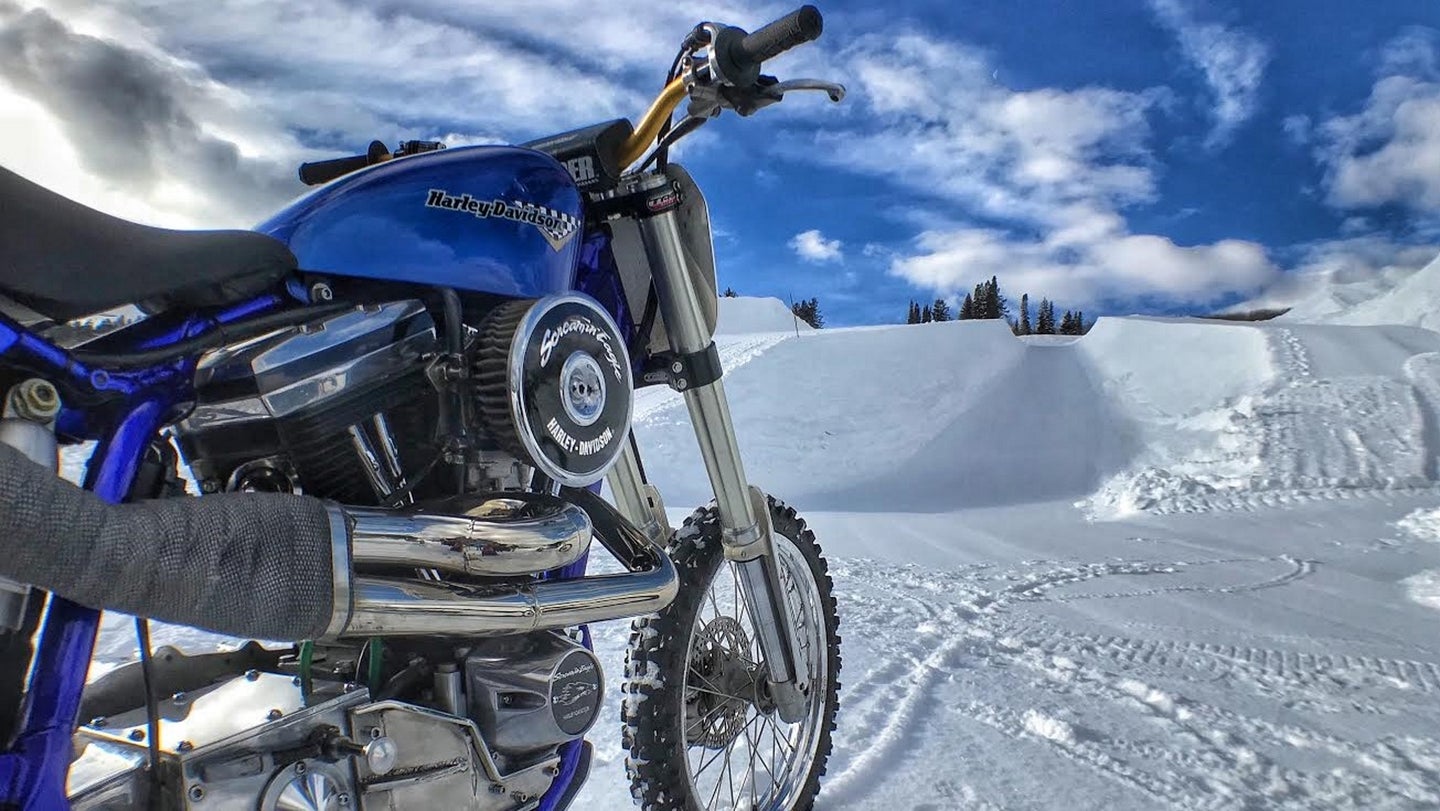 Harley-Davidson is teaming up with the X Games to introduce a new medaled event at the 2018 games in Aspen starting this week. It’s the Harley-Davidson Snow Hill Climb and it’s exactly what it sounds like. Riders will mount a heavily modified Harley-Davidson Sportster and race up the SuperPipe. The first rider to clear the finish line at the top is the winner.

“For 115 years H-D riders from all walks of life have expressed their freedom from the seat of America’s favorite motorcycle, so it’s natural for us to continue to blaze trails–this time off the road and in the snow,” said Scott Beck, Harley-Davidson director of marketing in an email to The Drive. “We’ve raced the ice and climbed virtually every kind of hill, and the Harley-Davidson Snow Hill Climb is another way for us to grow the sport of motorcycling. We know our riders, and X Games fans and athletes alike share a passion for adrenaline and speed.”

Modifications to the Sportsters being used in the snow hill climb include a new extended dirt bike-like frame that’s wider and lighter than what you’d find in a stock Sporty. The v-twin engine is tuned to make it “nearly doubled in horsepower” over a normal Sportster engine according to the video below. To help with traction, the swingarm has been extended almost one foot. Another thing to help with traction is modifications to the rear tire adding bolts, studs, or paddles.

It’s great to see a new two-wheeled event at the X Games that offers something a little different than what we usually see.