The high-tech bobsleighs are made from carbon fiber and tested extensively in BMW's wind tunnel. 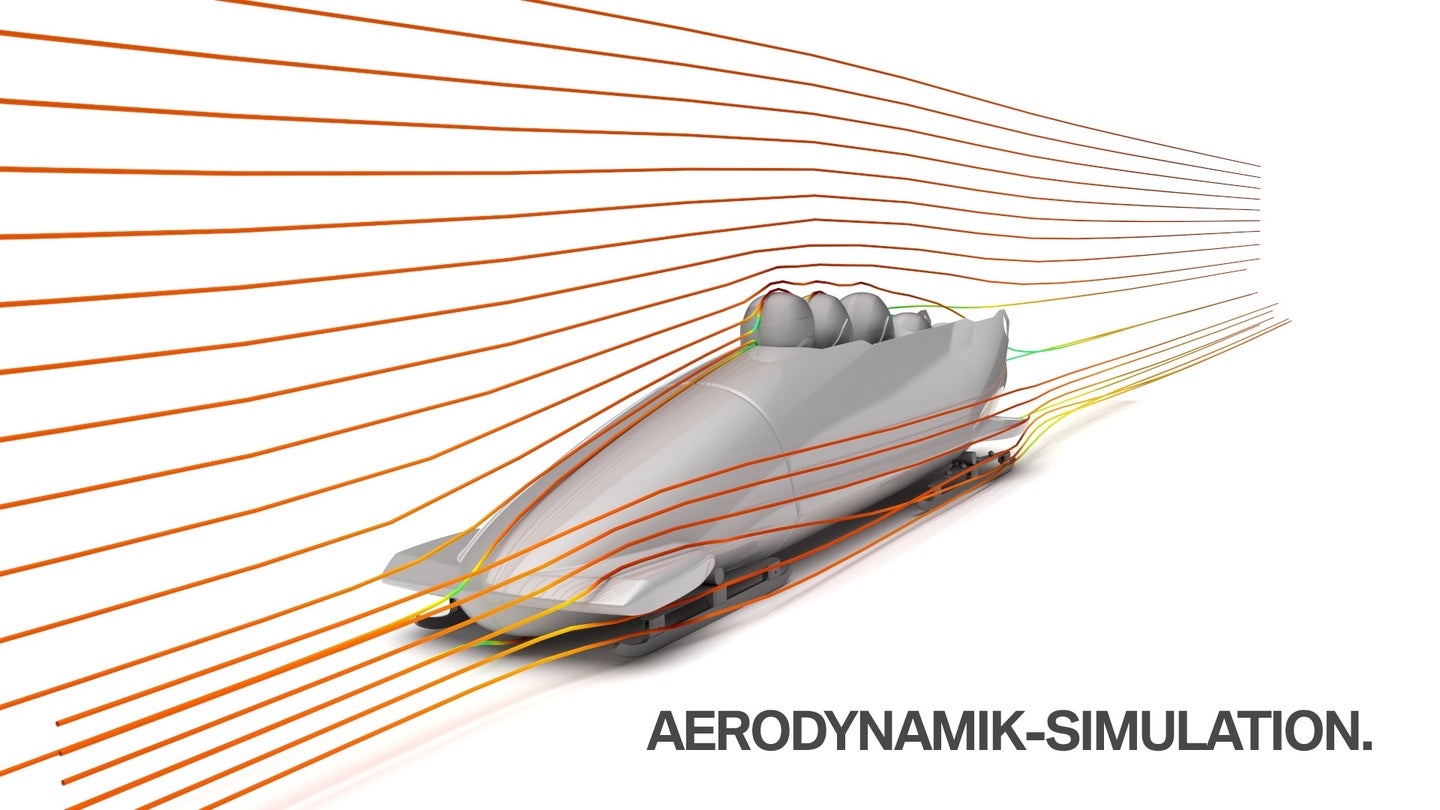 In about a month the 2018 Winter Olympic Games are all set to kick-off in PyeongChang, South Korea. Teams from around the world are beginning their final preparations. The German Bobsleigh team is looking domestically to gain a little edge on the competition. No, they’re not hiring John Candy as their coach but rather looking to BMW for a little help in bobsleigh design.

The bobsleigh, referred to as a “bob” for short, is manufactured out of carbon fiber. This is a material BMW is very familiar with. Not only does BMW use it in the manufacturing process for its cars but it also uses it in other sports equipment it helps design like the hulls for sailboats in the America’s Cup. This helps BMW bring engineering expertise in aerodynamics, ergonomics and structural analysis of the bobs.

It all starts with computer simulation. The bob is digitalized then put into a simulation in order to optimize its dimensions. Using this digitally optimized model, a mold is cut using a precision mill controlled by a computer. The mold is used to create carbon prototype bob which is then tested in the real world.

Then BMW takes the prototype bob to the wind-tunnel in order to analyze the aerodynamics of each bob. BMW’s wind tunnel is one of the largest and most high-tech in the world. It can produce wind speeds of up to 186 miles per hour. Using the data gathered from the wind tunnel, BMW is able to optimize the bob in the same way they optimize its cars. 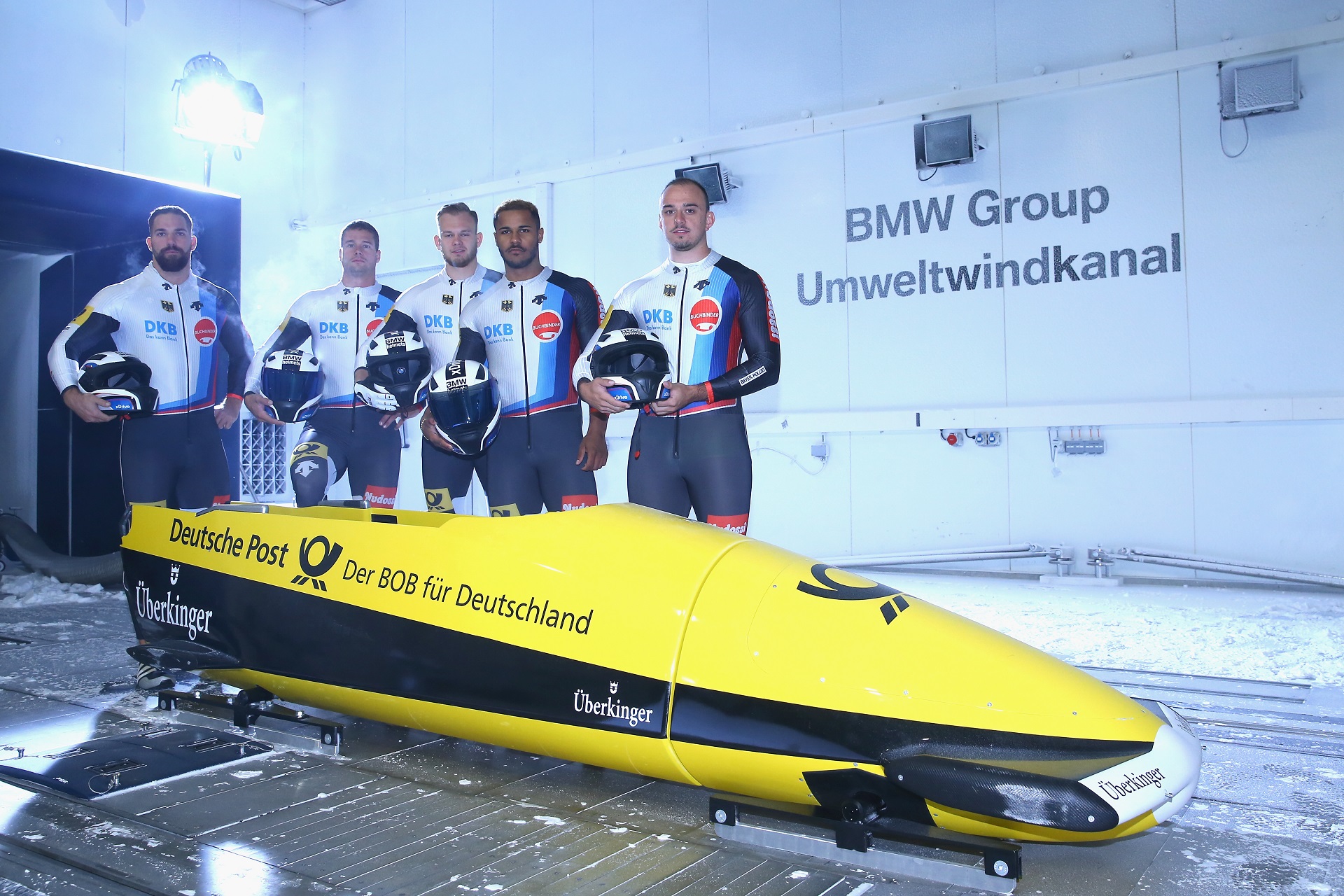 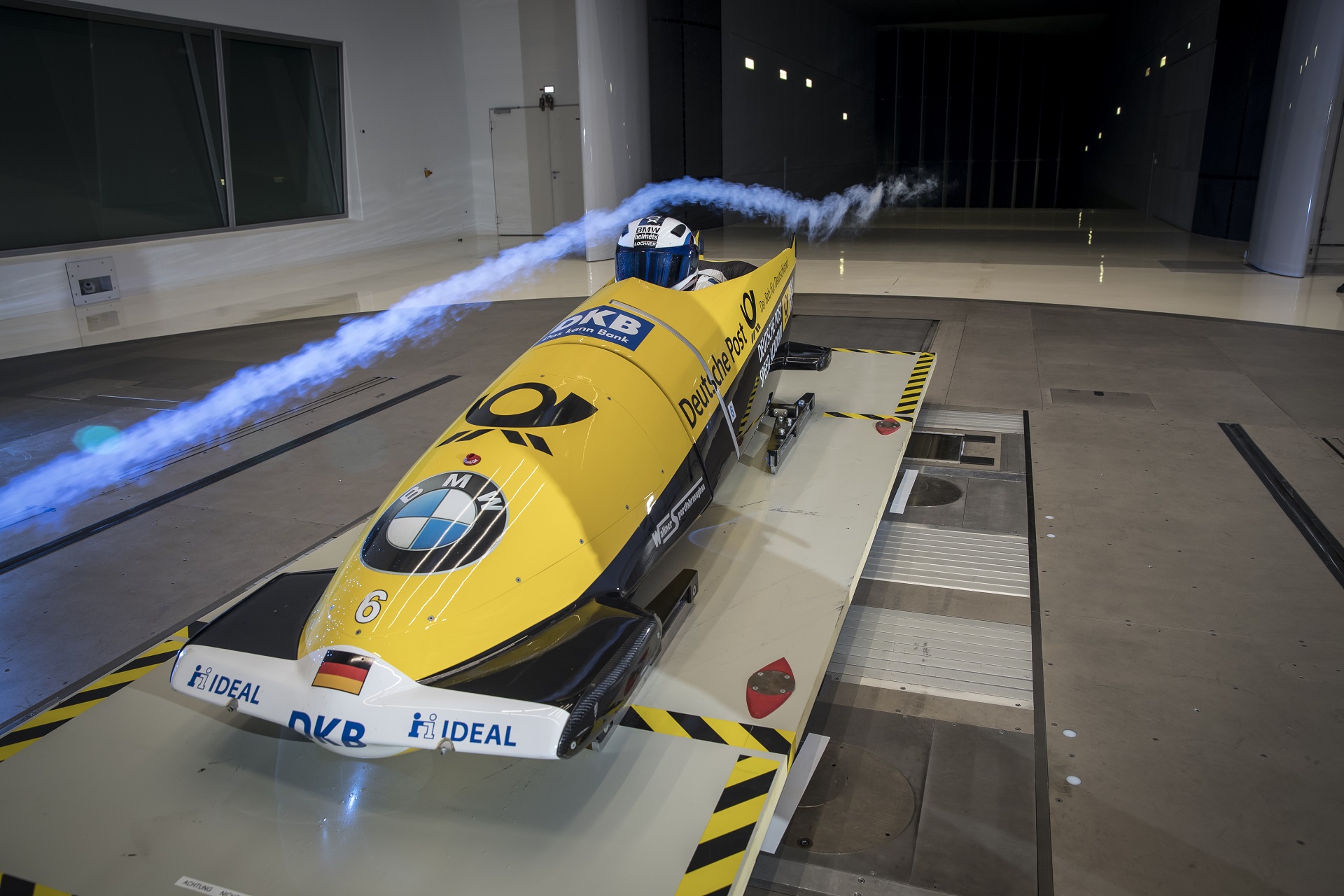 Holger Gau, BMW expert for 3D simulation methods, said, “We can optimize the bobs here in exactly the same way as we optimize our cars. We look at turbulence, analyze pooling regions and use appropriate shape changes – or changed seating positions – to try to minimize resistance. We use high-performance software tools to evaluate the aerodynamics of the combination of the bob and the team, and to optimize this virtually. Then the verification and fine-tuning take place in the wind tunnel. It’s all about finding the optimum way to interlink the advantages of both worlds – digital and real-time in the wind tunnel.”

Armed with a high-tech bob representing the best of German engineering, the German bobsleigh team is looking to return to the podium after a disappointing 2014 Olympic campaign.