For when a DeTomaso Pantera is your ideal dinner date. 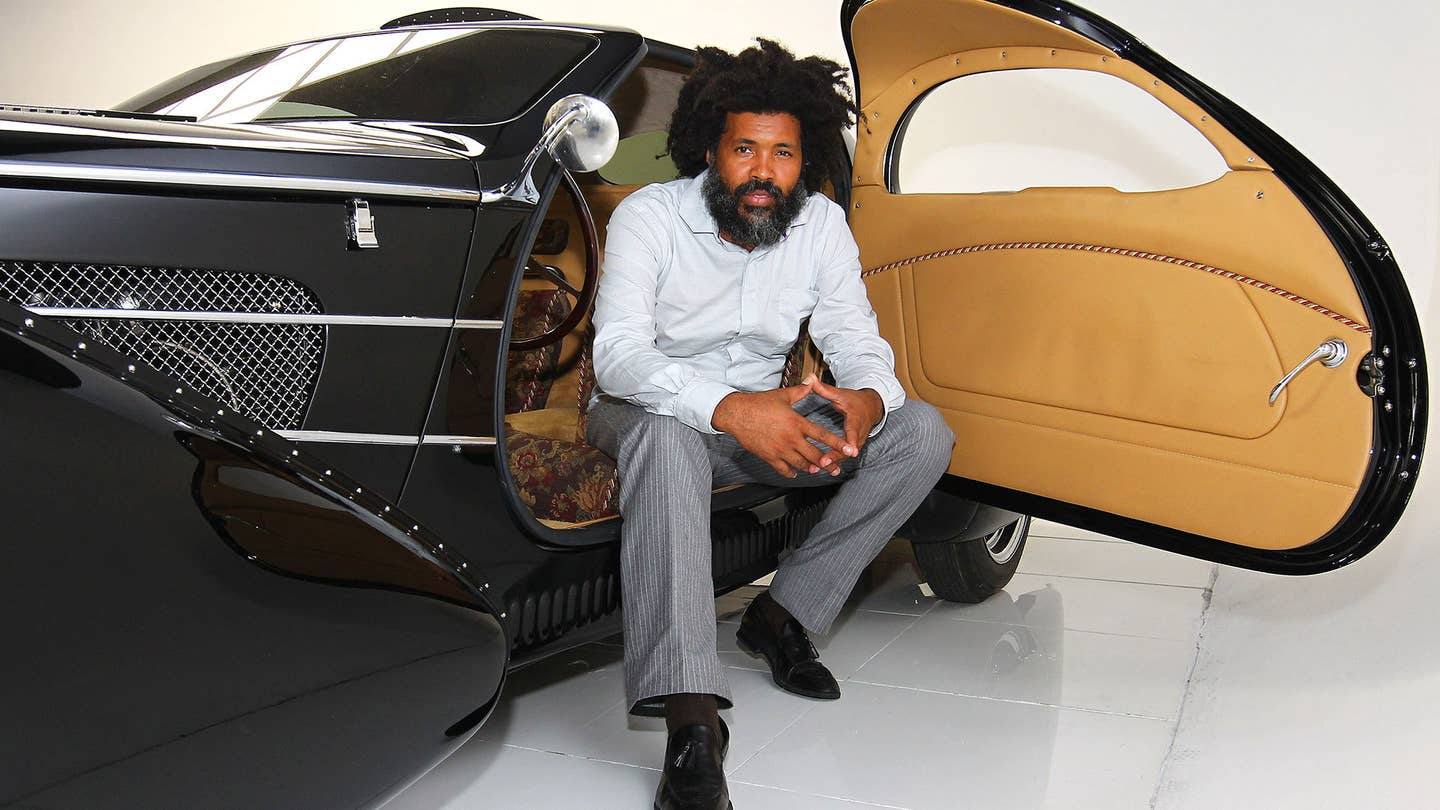 The Wynwood Arts & Entertainment District is where Miami goes all jazz hands with ornate street art and flashy venues. It’s also where an English ex-runway model and vehicular customizer named Elo—one name, don’t ask—decided to build his Miami Super Car Rooms, combining road art with the culinary kind. When it opens on February 5, the 60,000-square-foot gallery will welcome a rotating selection of Elo’s 247 cars, some of which are currently kept in the London Motor Museum, which he also founded. One recent event during Art Basel showed off his 1958 450 S Maserati racecar, 1955 Mercedes SL 300 Gullwing, and a 1953 Lamborghini tractor (old man Ferrucio plowed fields before his Countach seeded every little boy’s dreams, you know). Then, on the weekends, MSR will turn into a club where it’s safe to drink and stare at what you want to drive.

Six aluminum pods seat up to six people, privately behind closed draperies, outdoors; each pod is installed with an objet d’art, among them for the erstwhile Guinness World Record 2007 Shelby Supercar Ultimate Aero TT and a white 1988 Ferrari Testarossa from Miami Vice. MSR will partner with local restaurants each month for the gastro component. So if you’d rather admire the lines on a 1972 DeTomaso Pantera over those of your date, $3,000 gets you a pod, a full menu, and open bar.

Pull back the curtains on a public experience and your vista will include the main bar, set in a customized 1971 Chevrolet C30 pickup, modeled after a heist truck that cameoed Fast & Furious 4. But the only work MSR’s Bowtie does is hauling drinks, the DJ booth, and visitors who’ve just stopped by for a Sazerac or a sidecar. The other indoor and outdoor areas will hold up to two dozen more exhibits grouped into supercars, classic cars, and vintage cars.

Bringing a little bit of that sceptered isle with him, Elo will serve a British breakfast at MSR from 8 to 10 a.m., and scones on the hour at 4 p.m. Free to the public, it will be open every day but for Tuesday.

If Elo can get some of his former customers to contribute their vehicles for showing, like the custom Aston Martin One-77 he fettled for soccer player Samuel Eto’o, or the Xenatech Maybach Coupe he further customized for soccer player Christopher Samba, we’ll be reserving a pod of our own. For one.