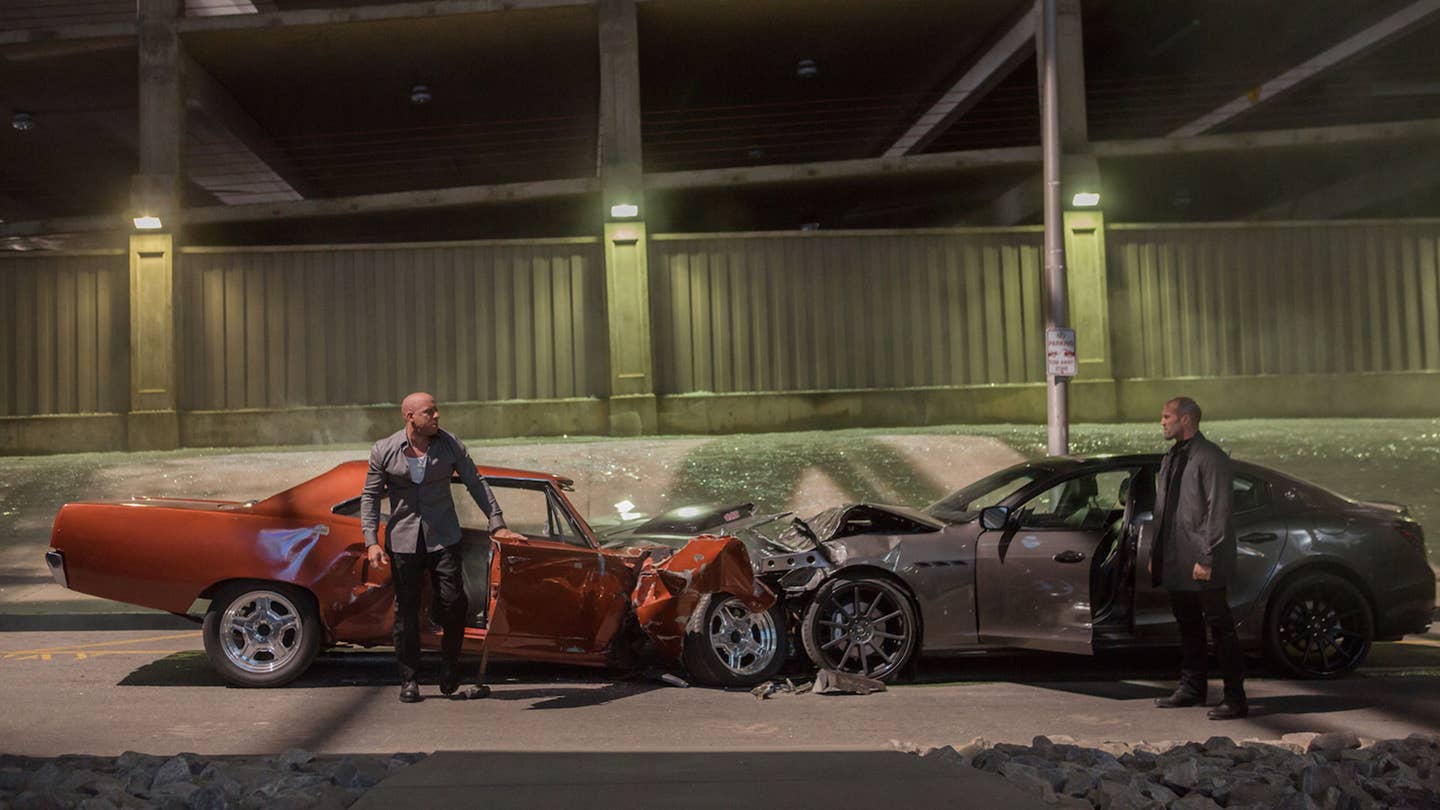 Slowly, inexorably, the next installment of the Fast and Furious franchise slouches towards Hollywood to be reborn in all its shiny, explosive, largely-plotless glory. It's fate. And, following the brand’s naming tradition, we know the presumptive blockbuster will be called Fast 8. We also know that it'll take place in New York, and that the ensemble cast will return.

What we don't know, however, is just how badly this thing is going to suck. While fun and cartoonish, the Fast and the Furious movies have always contained a quantifiable amount of terrible. Whether that’s quotable dialogue like “For those ten seconds or less, I'm free,” or, you know, shifting two dozen times during a quarter-mile drag race. A little processed cheese never hurt anyone, but over the course of seven movies, whole hours were all bun and no beef. (Tuna?)

A certain suspension of disbelief, as well as a cavalier attitude towards Newtonian physics, has always been part the Hollywood blockbuster. F&F is no exception. But there are limits. Limits apparently not shared by the plane sequence in Fast and Furious 6, which features a runway once calculated to be twenty-six miles long. Takeaway? Keep the action sequences short, varied, and snappy. Please.

Remember the Buster, don't replace him.

The tribute to Paul Walker at the end of Furious 7 was unexpectedly sweet and delicate, something this series doesn't do. Paul's gone, as are his characters, and we have to move on. Rumor has it that actor Lucas Black, the lead from Tokyo Drift, is under contract for the remainder of the series. The temptation may be to slot a replacement into the F&F family. Don’t.

Dwayne Johnson has emerged as one of the best things about the F&F franchise. Which is more a statement about the movies than Johnson, but whatever. The dude's friggin’ huge, and the Terradyne Gurkha from Fast Five was neat. But we're going to need something with a little more steam: Strap on portal axles and find an excuse to drive it up a mountain.

Get Ken Block on the horn.

While Fast and Furious is a fantasy world, Ken Block's carving out something real in smoke and rubber. It's the perfect marriage: Big budget Hollywood and very real craziness. You’ll get stunts that’ll send the Twitterverse into a free-falling black hole of GIFs and memes. For all of Tokyo Drift's flaws, the stuntwork of real-deal pro Rhys Millen made the thing watchable. Well, parts of it. Block's brand of lunacy could go a long way toward propping up soap-opera dialogue.

It's about the cars, stupid.

Letty's hot-rodded Jensen Interceptor. The F-Bomb Camaro. The Ford Escort RS1600. Never mind the flesh-and-blood characters, forget the human spirit: It’s the cars that see The Fast and the Furious at its best. This time, we're gonna need some Eighties icons. We're gonna need a rallycross WRX STI. We're gonna need a LaFerrari. And we're going to need to blow them up. At the end of the day, sheet metal is what keeps the core demographic coming back. Don’t shortchange us.