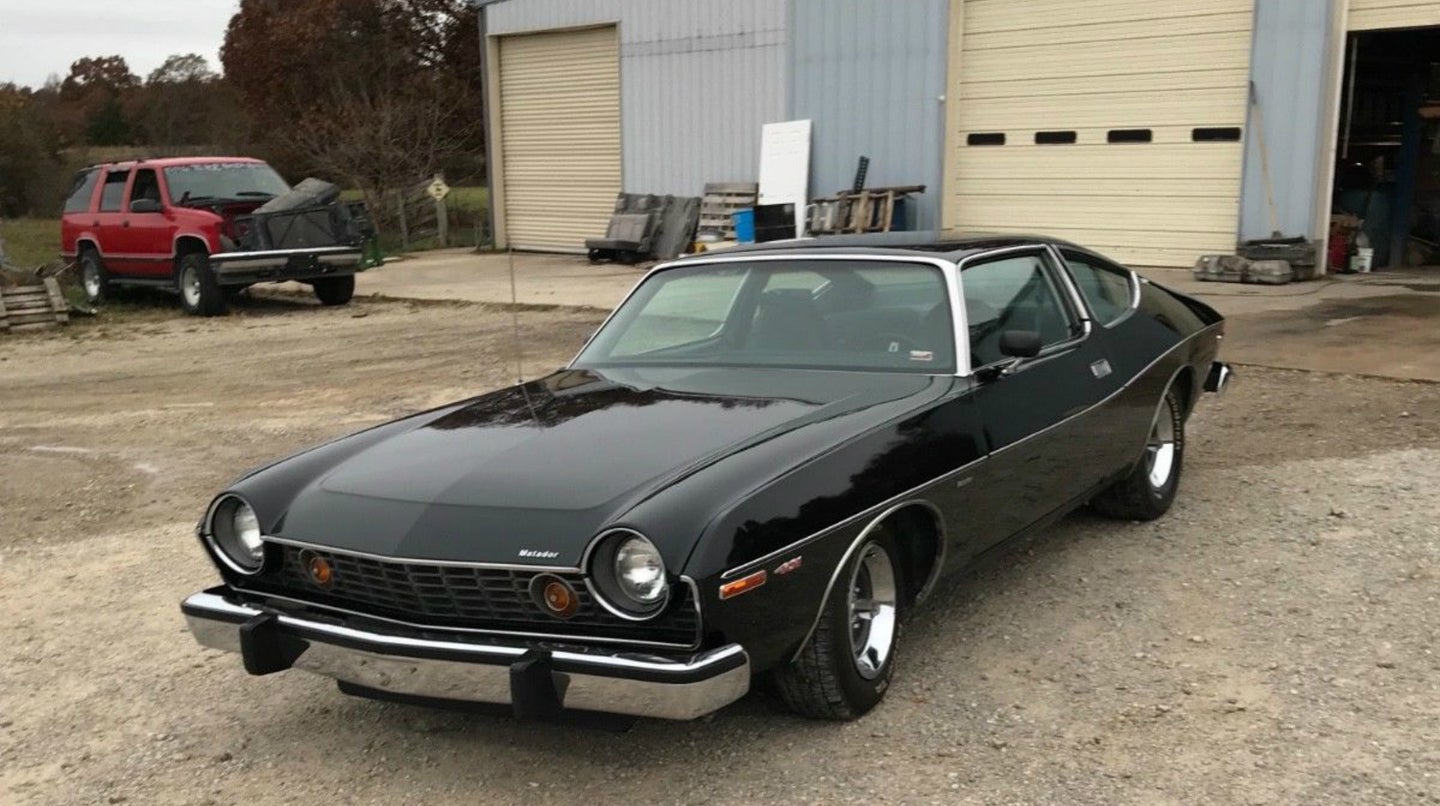 A well-kept 1974 American Motors Matador Brougham coupe is for sale on eBay with the whopping Buy It Now price of $250,000.

These mid-sizers are among the more attractive cars AMC ever offered, and are quite rare these days. Rarity boosts prices, but there isn't a Matador on Earth worth a quarter million except perhaps the flying version from "The Man with the Golden Gun" that had Britt Ekland in the trunk.

This one can't fly and (presumably) no one is in the trunk.

AMC sold the Matador in coupe form from 1974 to 1978. It came with a range of inline-6 and V8 engines. The top powerplant was a 401-cubic inch V8 with dual exhausts producing 315-horsepower... which this sample has. Hagerty notes that the early run of Matadors equipped with this engine are most collectible of the line. A special series of Matadors with a custom interior by designer Oleg Cassini can also command a premium.

The Matador's performance was decent for its time at the beginning of the Malaise Era. In fact, Penske prepped the coupe to compete in NASCAR, where both Bobby Allison and Mark Donohue championed them.

The car on eBay is located in Missouri, and has more than 96 thousand miles on the odometer. It's elegant looking with a black interior and exterior and is free of the kitschy vinyl roofs plaguing many cars of its era. The seller states that the car is rust-free and equipped with a four-speed stick.

Many online commentators on the automotive site Barn Finds are derided its pricing. "Matador coupes are a extremely tough market," notes AMC enthusiast Eddie Stakes on site. He explains that they were nice cars, but parts can be hard to come by. "I don’t believe this one would be a $25,000 car on a good day."

But eBay can be funny. Bidding had exceeded $50,000 at press time, with one more day to go.