Man Allegedly Crashes Car into Bar After Being Kicked Out 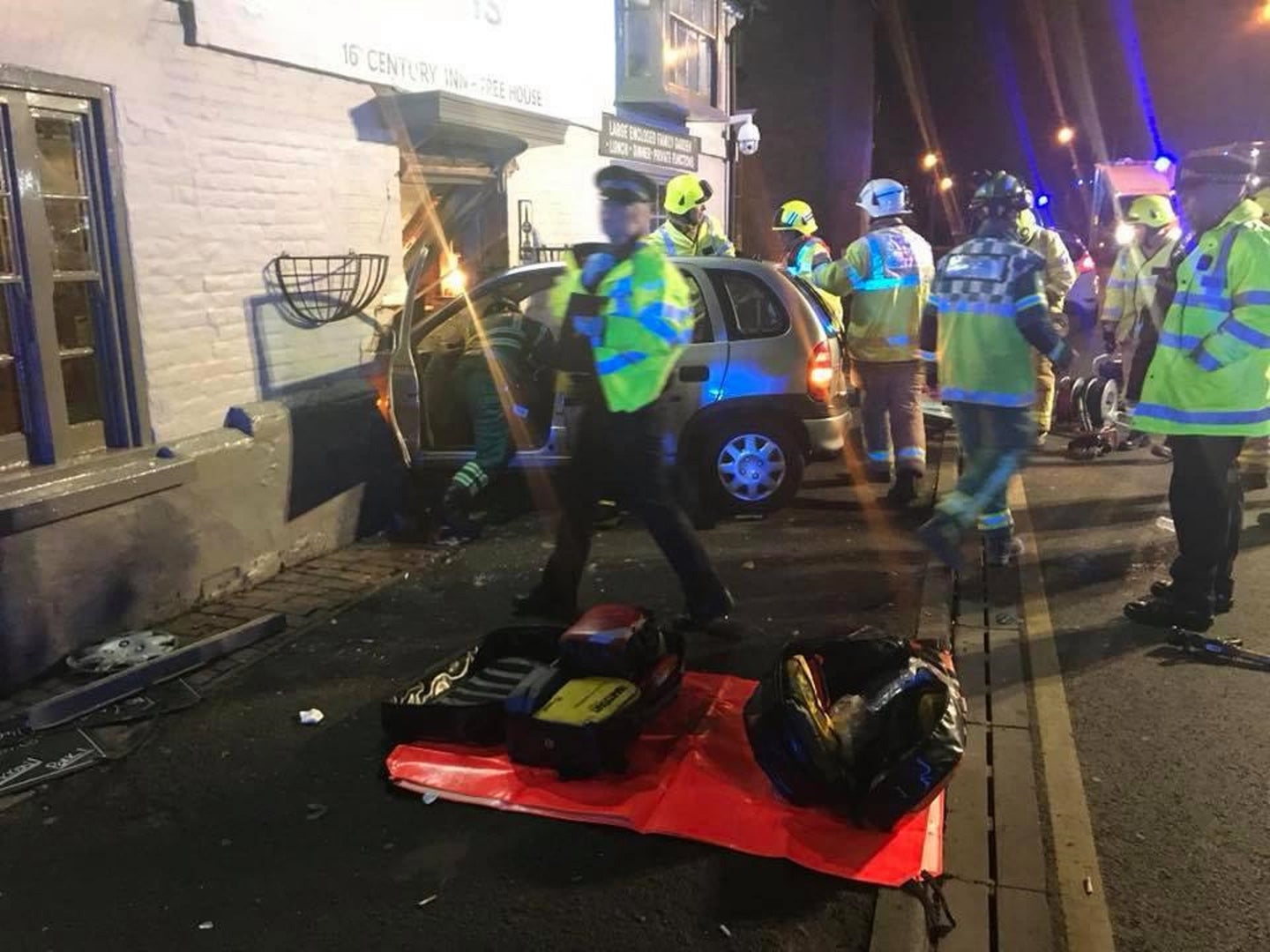 It’s Friday night and you’re out with your buddies at the old pub down the street having a few brews. Everybody’s having a good time when suddenly somebody drives a Vauxhall through the front door. That was the scene Friday night at the 700-year old Cinque Ports Arms pub in New Romney, Kent.

According to UK publication The Sun, A 24-year-old man had been escorted out of the bar around 9:30pm. A few minutes later, he took it upon himself to drive through the front door in a silver Vauxhall Corsa. A Kent Police spokesman said, ”A 24-year-old man from New Romney, reported to be the driver of the car, has been arrested in connection with the incident and remains in custody.”

Four people, including the driver, were injured in the crash. The good news is none of the injuries appear to be life-threatening. Speaking on the unfortunate event Kevin Gibbons, owner of the pub, said, "We would like to take this opportunity to thank our staff who not only remained calm but acted in a highly professional manner to ensure that our customers and children above the pub were safely evacuated while assisting the emergency services. We would also like to thank the emergency services for their rapid response and the service they provided. We have had builders working throughout the night to make the pub structurally safe and will be carrying on with business as usual."

I suppose it gives a whole new meaning to “a little hole in the wall.” If the business owner sounds like he knows just what to say after an event like this, it’s because it’s not the first time he’s had a car crash into his establishment. In fact, this is the third time a car has crashed into his building in the last two years. He just spent over $650,000 restoring the local landmark which he’s trying to sell.

Why tip the valet extra if you can park your own car at the door?