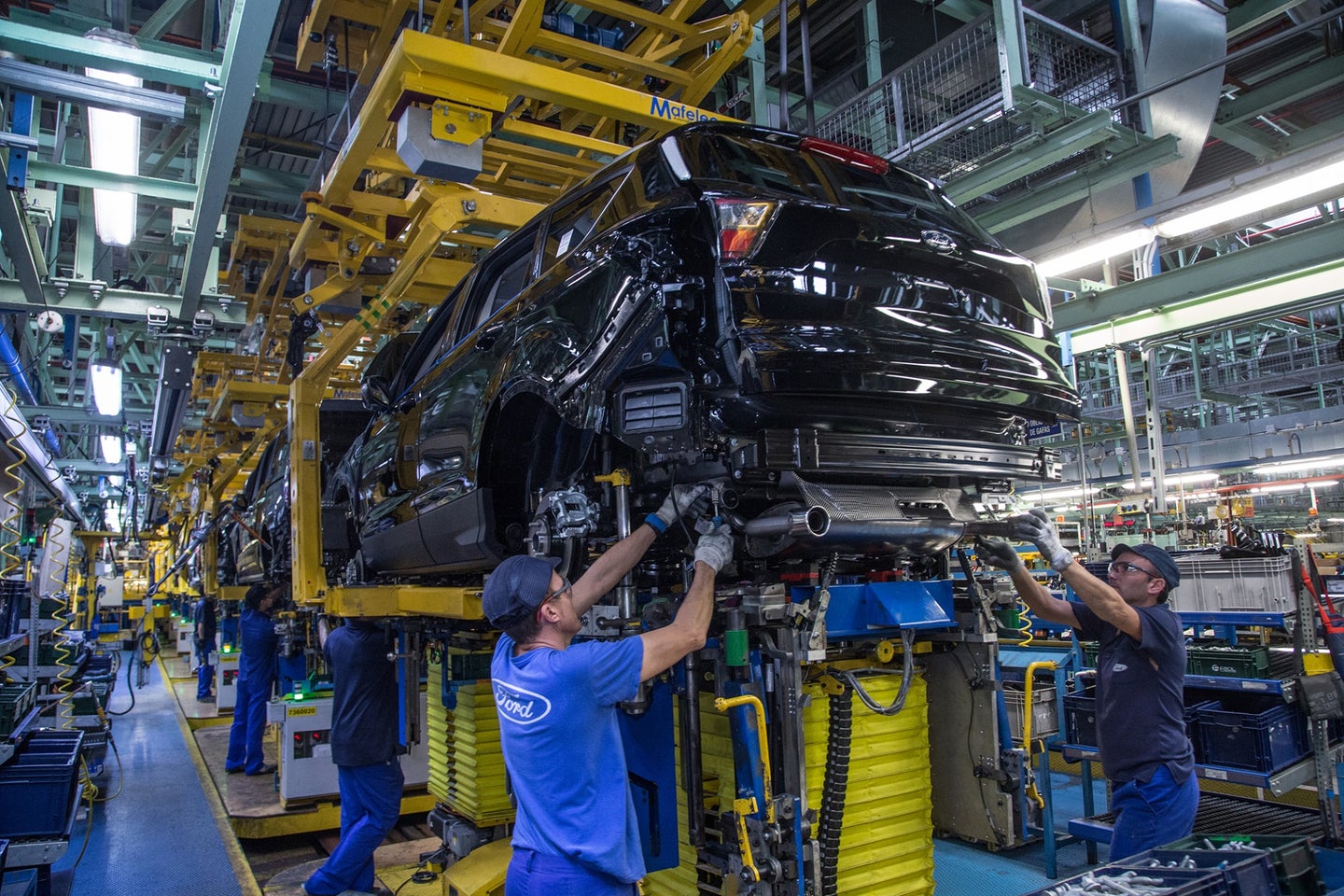 They say you’ve got to spend money to make money. That’s certainly the case when you’re talking about the auto industry. Gearing up and tooling factories costs hundreds of millions, if not billions of dollars. But the rewards far outweigh the costs. Ford is hoping a huge investment in Spain can pay off for them quickly.

The company announced another $870 million investment in its Valencia plant. The cash is going to build the next-generation Kuga medium-sized SUV. That brings the total amount invested to about $3.5 billion since 2011. Betting big on the SUV has been a winning strategy for Ford as about 25 percent of all new passenger vehicles sold in Europe are SUVs.

The Kuga accounts for nearly half of the production volume at the Valencia plant. So far this year, Ford has sold 126,900 units of the Kuga, up 22% year-over-year. The Kuga is Ford’s third top-selling car in Europe behind the Fiesta and the Focus.

Ford has been manufacturing cars in Valencia since 1976. To date, the plant has punched out more than 12 million vehicles and 16 million engines. Not only does the plant make the Kuga, they also produce the Tourneo Connect, Transit Connect, Mondeo, S-MAX and Galaxy. The factory builds more cars by volume than any other Ford factory in Europe.

Speaking on the additional investment Steven Armstrong, president and CEO for Ford of Europe, Middle East, and Africa, said, “This major investment of more than $870 million reconfirms in the clearest way our continuing commitment to the Valencia region and to Spain as one of our most important manufacturing locations in Europe.I also want to thank the national government in Madrid and the Generalitat Valenciana for their continued support, and for their ongoing work to maintain a favorable climate for business investment in the Valencia region.”

The best way to describe a Kuga is a European Ford Escape. It seems the compact-SUV trend isn’t only a stateside malady.