Woof you buy this Nissan Micra? 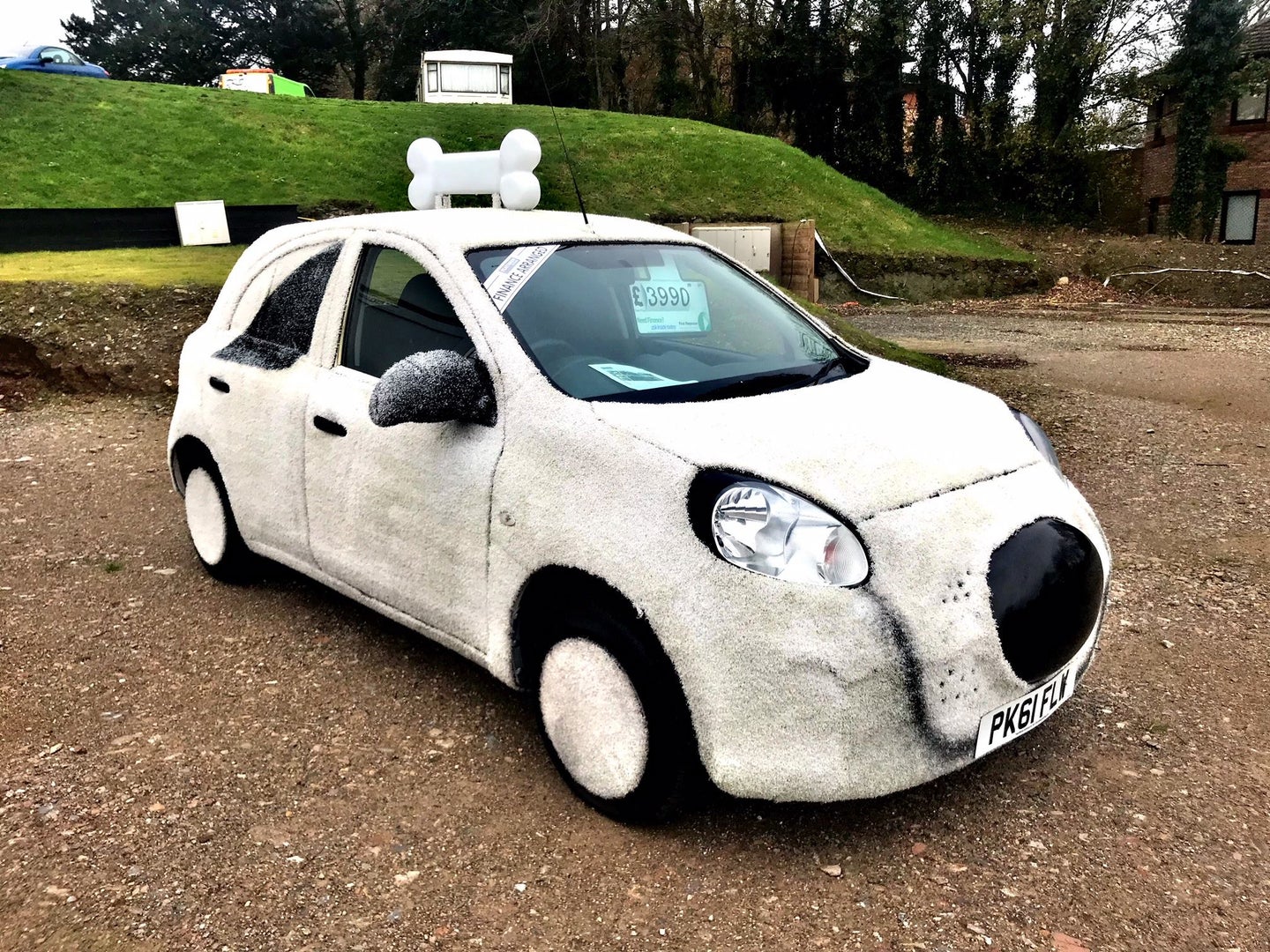 A one-of-a-kind car that has strangely been converted to look like a dog is up for sale and drawing lots of attention on social media.

This AstroTurf-covered 2011 Nissan Micra is available from a UK auto dealership for the bargain price of £3990 ($5000), according to the Plymouth Herald.

In addition to the custom turf skin, the "dog car" also features a motorized wagging tail, makes dog noises and comes equipped with a built-in bone on the roof.

The crazy canine ride is actually totally normal on the inside with no pooch-themed alterations and has very low mileage on it. It is listed as having a manual transmission, a potential issue for those who don't want to drive stick with their dog car.

This sweet ride was part of a recent acquisition of another dealership by the current seller, Platinum Car Centre.

“I only took the garage over two weeks ago and it was left as part of the takeover," dealership owner, James Alford told The Herald. “I put it up on Facebook and it’s had a lot of attention, within 24 hours the post had over 700 comments. It’s certainly got people talking,” Alford added.

It probably won't be too long before this car finds its forever home.

The winners will be declared in mid-February.

Hey, maybe don’t be such a jerk on the highway.