Owners are being required to turn in their titles and plates, despite being completely legal in the past. 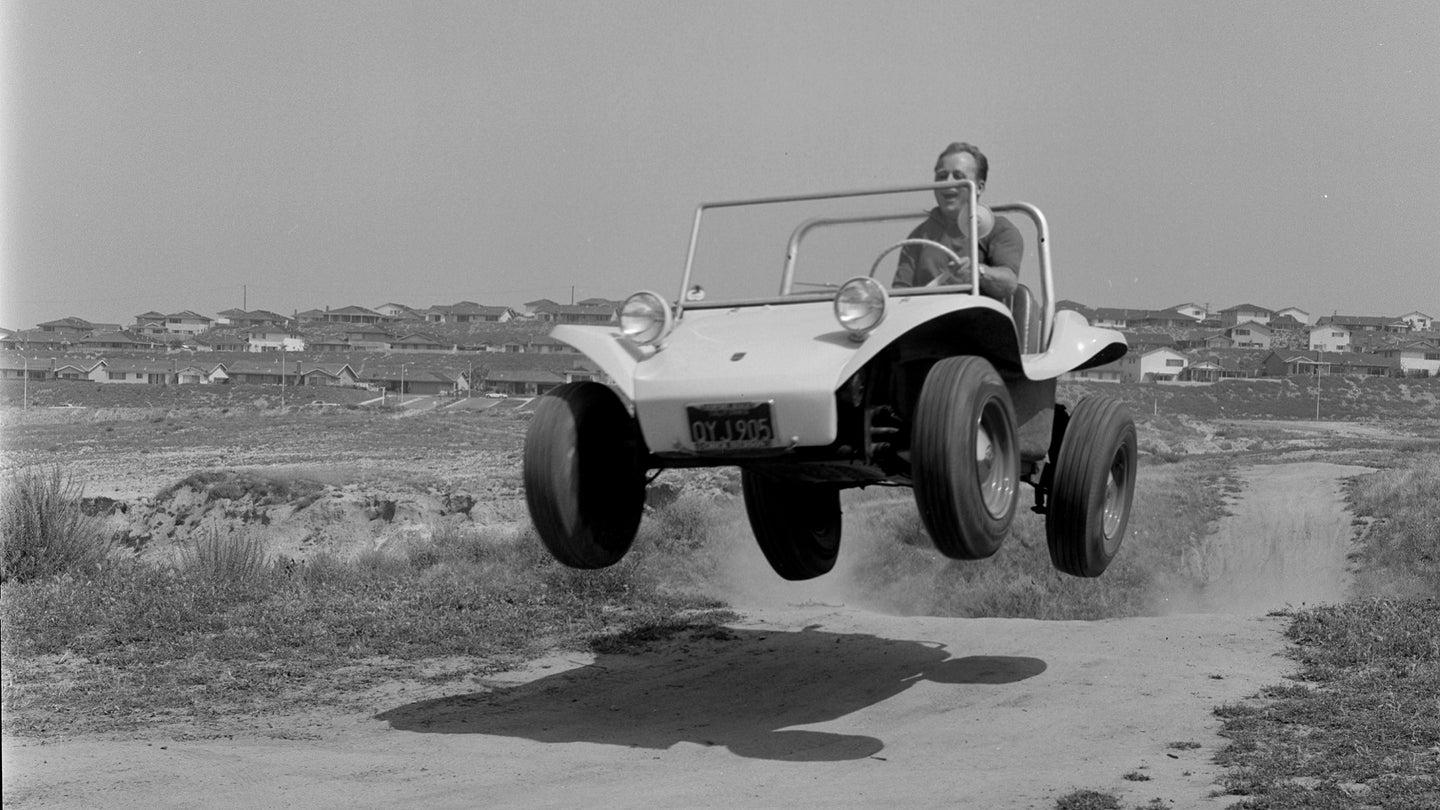 Imagine building or buying a kit car, such as a Meyers Manx dune buggy, driving it legally for years, only to have the government tell you it's no longer legal and demand that you turn in your title and plates. It's an enthusiast's worst nightmare. Yet that's exactly what's happening right now in Texas, Hemmings reports.

Over the past few years, the Texas Department of Motor Vehicles has cracked down on dune buggies, ostensibly for safety reasons. In 2013 the DMV stopped issuing new titles and registrations for dune buggies but reasonably grandfathered existing ones. But earlier this year the DMV began sending letters to grandfathered owners, saying that their vehicles are "designed for off-road usage and may not be legally operated for use on Texas streets or public roadways."

This is despite the fact that many dune buggies, such as the Meyers Manx that basically invented the dune buggy, are based on street-legal vehicles such as the Volkswagen Beetle. Adam Shaivitz, a spokesman for the Texas DMV, told Hemmings that "These vehicles, as modified from previously manufactured vehicles, also do not keep their on-road qualities." Yet that is often not the case, as buggies frequently keep all of the lights, seat belts, and other equipment necessary for the street. That's part of the fun of them.

Although Texas does require vehicle safety inspections, the official inspection criteria specify nothing beyond the most basic equipment, such as lights, horn, mirror, and seatbelts. There are no criteria for ride height or bodywork modifications, unlike other states such as Massachusetts. If such a vehicle would pass the state safety inspection, why should it not be legal for the street?

The other huge issue is taking vehicles that have been street legal before and banning them after builders and owners of these cars have invested hundreds of hours and thousands of dollars into them. Some owners have already been forced to sell their dune buggies outside Texas simply because they can't use them anymore.

Of course, the kit car community is fighting back. Vincent Parisien, the president of the Manx Club, told Hemmings, "We’re not about making the streets more dangerous. Our members are willing to go through all the same safety standards as other cars." Another enthusiast, Faron Smith, started a GoFundMe campaign to hire lobbyist Ron Hinkle, the man who got the Polaris Slingshot approved for street use in Texas, to fight this ban on the owners' behalf. The SEMA Action Network and the Historic Vehicle Association are stepping into the fight as well.

While this particular situation is limited to Texas, there may be implications elsewhere as well. One commenter on the Hemmings article said, "For the love of Pete, please do not start giving California regulators any ideas. We’ve got enough on our plate as it is." It would not be much of a stretch for lawmakers inspired by the Texas dune buggy ban to prohibit any radical bodywork modifications, such as our VW Jetta Smyth Ute. Let's hope that doesn't happen.