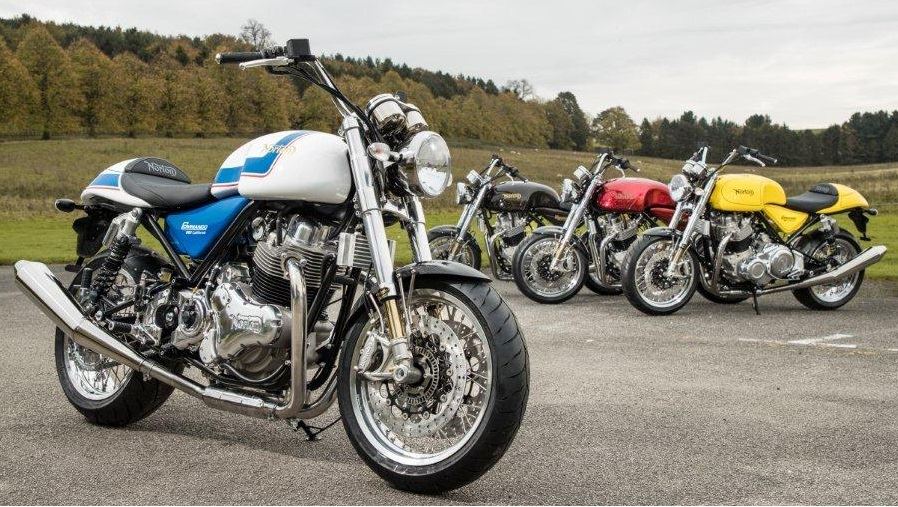 The Norton Commando hasn’t been in consistent production for 50 years, but the British motorcycle brand is celebrating the golden anniversary of the beginning of production for one of the brand’s most iconic models. To commemorate the half-century mark, Norton is coming out with a special edition called the Commando 961 California.

The current Norton Commando has been in production since 2010. It’s powered by a 961cc fuel-injected, air-cooled parallel twin engine with hydraulic actuated overhead valves. It makes 79 horsepower and pushes the retro/modern bike from 0-60 mph in 4.1-seconds. To help keep that power on the road, it has Brembo ABS brakes and Ohlins suspension.

The California edition is an appearance package that adds even more old-school flair to an already retro-styled bike. It has stripes and badging reminiscent of the old model from the '60s and '70s. It’s available in four colors, yellow with thin black stripes, white with red and blue stripes, or solid black or red. To the untrained eye, this could pass for a 50-year-old motorcycle in perfect condition. The application of retro style is that convincing.

There are four Norton Motorcycles dealers in the U.S. They’re located in Austin, Texas, Villa Park, Illinois, Redmond, Washington, and Westminster, California. If you’re near any of those dealers and you want this semicentennial bike, bug your local dealer and enjoy the ride. Norton says the Commando 961 California is “available immediately” and that it “will announce a very special offer this week.”