The new Fit Driver system will take over where your Fitbit leaves off. 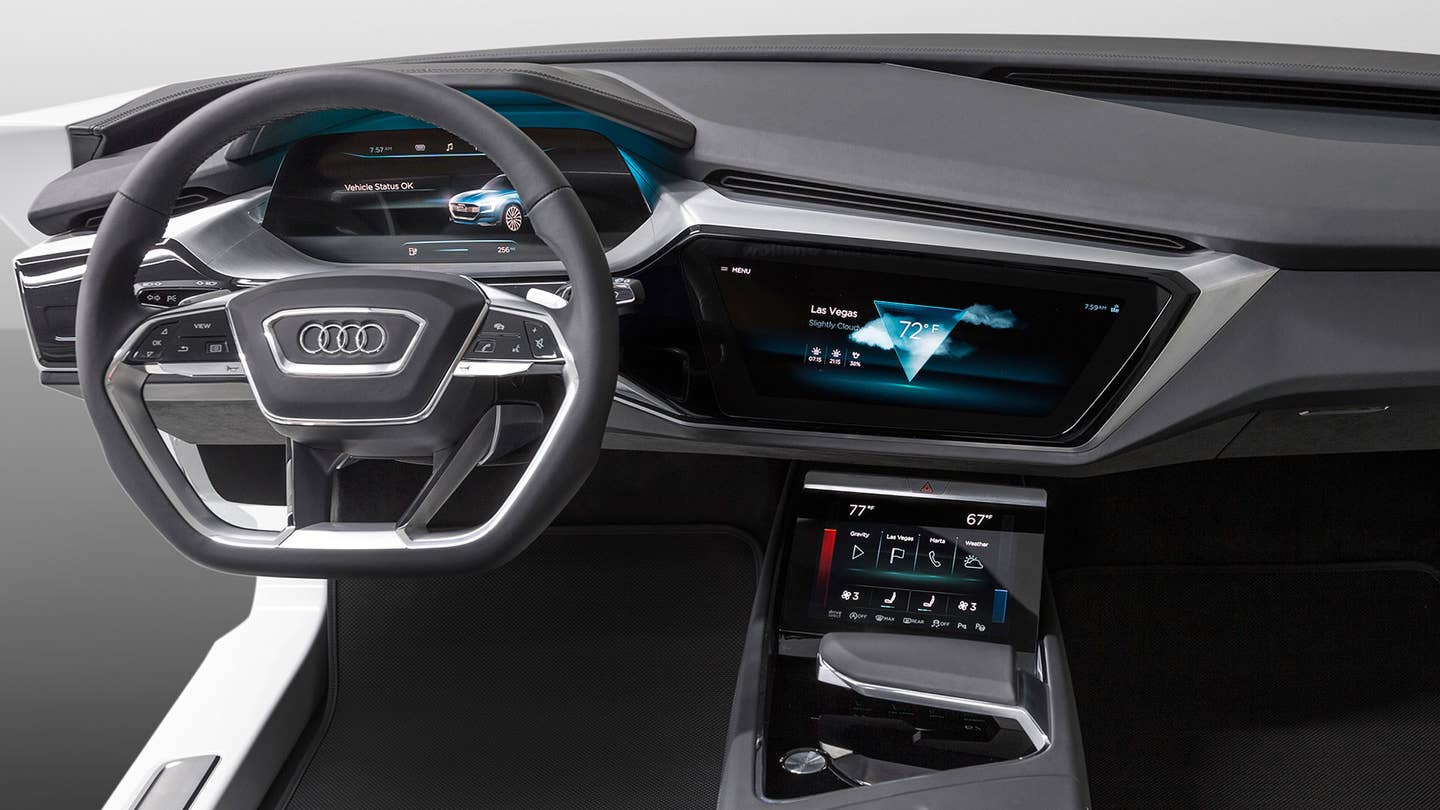 Buried in Audi’s press release from CES, the German company vaguely alluded to how it’s studying the wearable tech space and how it monitors you when you’re behind the tiller. The tech is called Fit Driver, and it’s intriguing because it explains how Audi (and other carmakers) is looking at the multibillion dollar wearable tech space and eying all the terabytes of data accrued about every driver’s heartbeat, stress level, sleep deprivation (up with the infant kid again?), exercise, diet, etc.

Everything we’re tracking, and will track more, could potentially inform how “fit” we are to drive. Or how utterly unfit we are.

Think of this, says Audi’s Anupam Malhotra, General Manager for Connected Vehicles, as overlaying all of that fitness and health data with your driving data.

Now paint a random scenario. You’ve had a shitty week. Your stress levels are high from overwork, combined with crap sleep patterns and zero exercise. Your Audi knows your commute is going to suck, because it’s pouring, and that the last five miles of it are icy.

Your Audi would not only know your recent health history, but it could sense, say, your skin temperature as a way to infer stress. If the commute gets particularly bad, the car could be slightly cooled, Malhotra says, to calm you down. “We know that the adrenaline levels of road rage,” Malhotra says, “are as high as you encounter skydiving.”

Avoiding that intensity on your daily commute would surely make you a happier camper.

Farther down the line, Malhotra says multiple systems (such as eye tracking) could monitor driver behavior and either take over some of the functions of driving if you’re getting sleepy, or hand them back to you—once you clear the bumper-to-bumper clot, the seat might vibrate to tell you it’s time to take over from the robots and hit the throttle.

Prompts for when to engage in the task of driving might take the form of a countdown timer of sorts, so that you’d know, for instance, that you had 30 seconds until the red light would turn to green and could feel free to answer a text.

And, rather than dumbly tell you this intel and assume you have a clue, the car would know if you were ready to drive yet or not. If not, it might pull itself out of traffic, or ask if you want the car to drive itself, etc.

This latter part of driver monitoring is what’s missing now.

Lane keeping is either on or off. Radar cruise is either on or off. Ditto, automated parking. But if you start to monitor driver inputs, driver stress, and driver health, the “helper” functions, and when and how they come into action, would become seamless. This, naturally, is ideal. You don’t have to tell the car you drive now when to turn on ABS. Slam the brakes for a deer in the road and the system is there. So a full suite of health and attention tracking would theoretically do just the same.

And having your health history in the picture gets to prepping systems to anticipate your degraded, hungover, messed-up state of cognition. Or the contrary: well-rested, fit and chipper, backing the nannies off accordingly.

Malhotra says we’re not very far off (and Apple, Fitbit, et al, will say the same) when a broad health history could predict, not just sense, a health crisis like a heart attack and signal 911 even before it happens, warn the driver and pull the car to the side of the road. Probably, further, as connectivity gets next-level, the car could even drive you to the hospital.

For all of this to happen, Malhotra cautions there’s one additional element that must be mastered: privacy, and who’s responsible for the tracking data, and ensuring it’s really accurate. Because you can imagine some Tony Soprano type road raging all over the place and the car decides, that’s it, he’s about to pop a vein, and he’s on the phone to his lawyer as his Audi’s autonomously sprinting him to the E.R. Who gets sued then, and who has access to the data to prove the car actually saved his life?

The short answer: We’re not there yet.