Audi Won’t Use Confusing New Nomenclature in the U.S.

Americans will be spared from confusingly-badged Audis, for now. 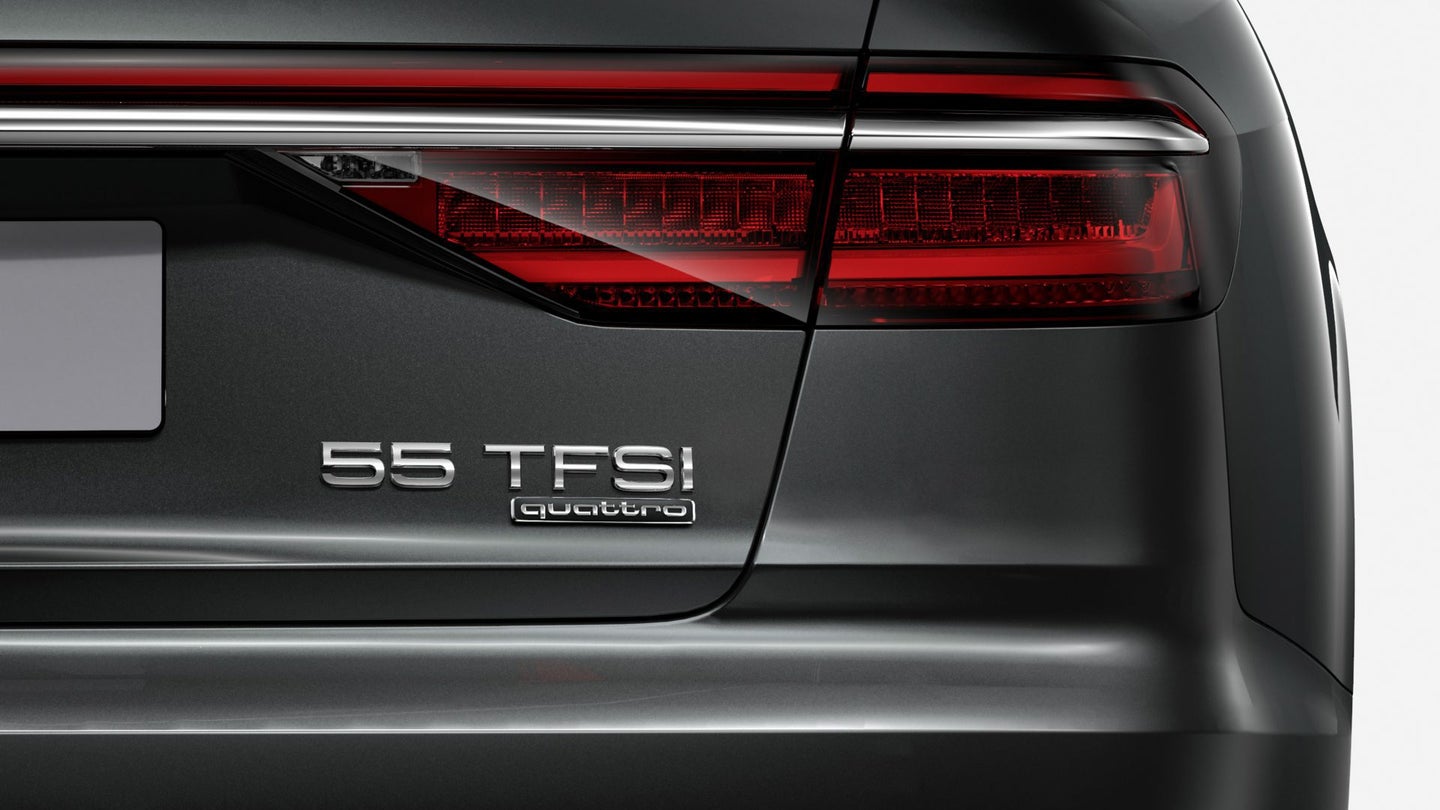 Back in August, Audi announced a new engine naming scheme to be applied to all of its models "worldwide." Every Audi sold would wear two digits on its trunk depending on how much power it produced.

While theoretically intuitive, the system was met with much confusion and criticism after people realized that the numbers assigned bore little correlation with... anything really. Other than the obvious "the higher the number, the higher the horses," the numbering system Audi came up with seemed to be completely arbitrary.

See what I mean? Brownie points for any mathematicians in the crowd who can come up with a formula that reliably translates any given Audi's double-digit badge to how much its owner paid for it.

Now though, Audi has confirmed to The Drive that the system won't be applied to models sold in the U.S., sparing Americans from confusingly-badged Audis for the time being. We've requested further comment from Audi on the matter and will update this story if we hear back.

To be fair to the brand, its chief competitors have been doing something similar for quite some time now. While the numerals on the back of a Mercedes used to match the car's engine displacement, the same cannot be said for all Benzes rolling out of the factory today.

With the advent of tighter emissions regulations and the downsizing that's resulted, Mercedes left a lot of its legacy model names untouched while fitting smaller displacement power plants in many of its cars. For example, the current Mercedes-AMG C63 now comes with a twin-turbo 4.0-liter rather than the 6.2-liter (I guess they rounded up, even then) on which it originally got its namesake. A similar situation can be found at BMW as well. Think a 340i really comes with four liters under the hood? Think again.

The 2018 Audi S4 Gets a Power Boost, And a Lot More Confidence

Looks like some time in the gym worked out nicely for the athletic German sedan.