What happens when the world's best/worst car meets the son of junk? 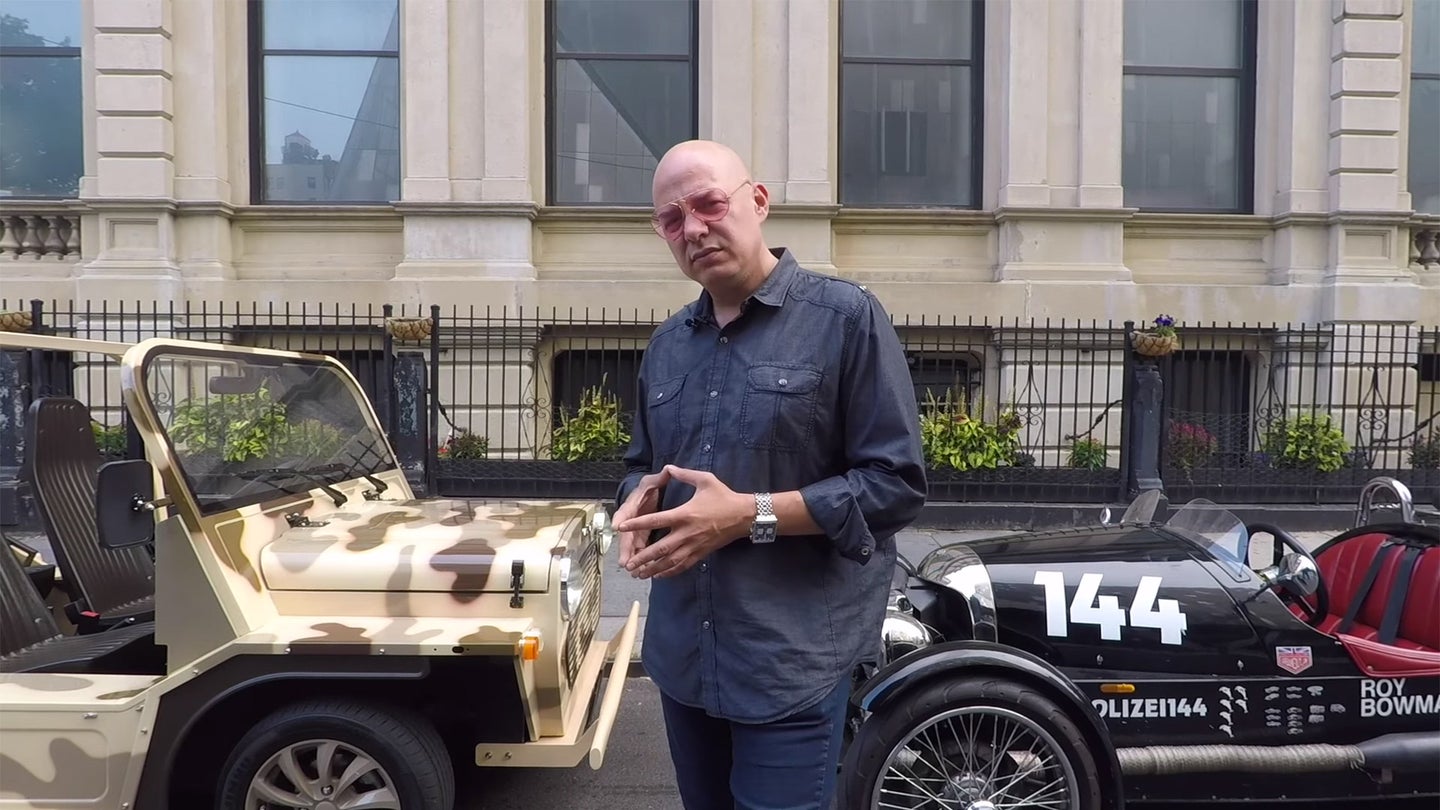 My Morgan remains the world's best/worst car, even though it broke down twice during last week's comparo with the 1955 Land Rover Series 1. Of course the Morgan wins. Look at it. So easy to tow. And so easy to tow start. Try that with a Land Rover. Morgan: always surprising me with new features.

This week the Morgan faces off against the America's newest electric car. Not that overpriced junk Musk is pushing. I'm talking about the new e-Moke, an electric version of the terrible Mini-Moke, bane of year-round residents of every resort island in the Caribbean. It has to be better than the old gas Moke, one of the worst cars of all time—but then again, that's what I said when I bought my Morgan brand new.

What chance could the e-Moke have against my Morgan 3-Wheeler? A lot more than you think. While idiots like Shmee 150 obsess over cars outside their skill level, the Moke offers a driving envelope far, far below that even of children who can't reach the pedals. What could go wrong? It's got fewer moving parts than a Morgan. Actually, it's got fewer moving parts than most Lego sets.

What happens when the e-Moke is pitted against the world’s best/worst car? Here’s your chance to find out. Hint: this one was really, really close. Just hit play on the video below.