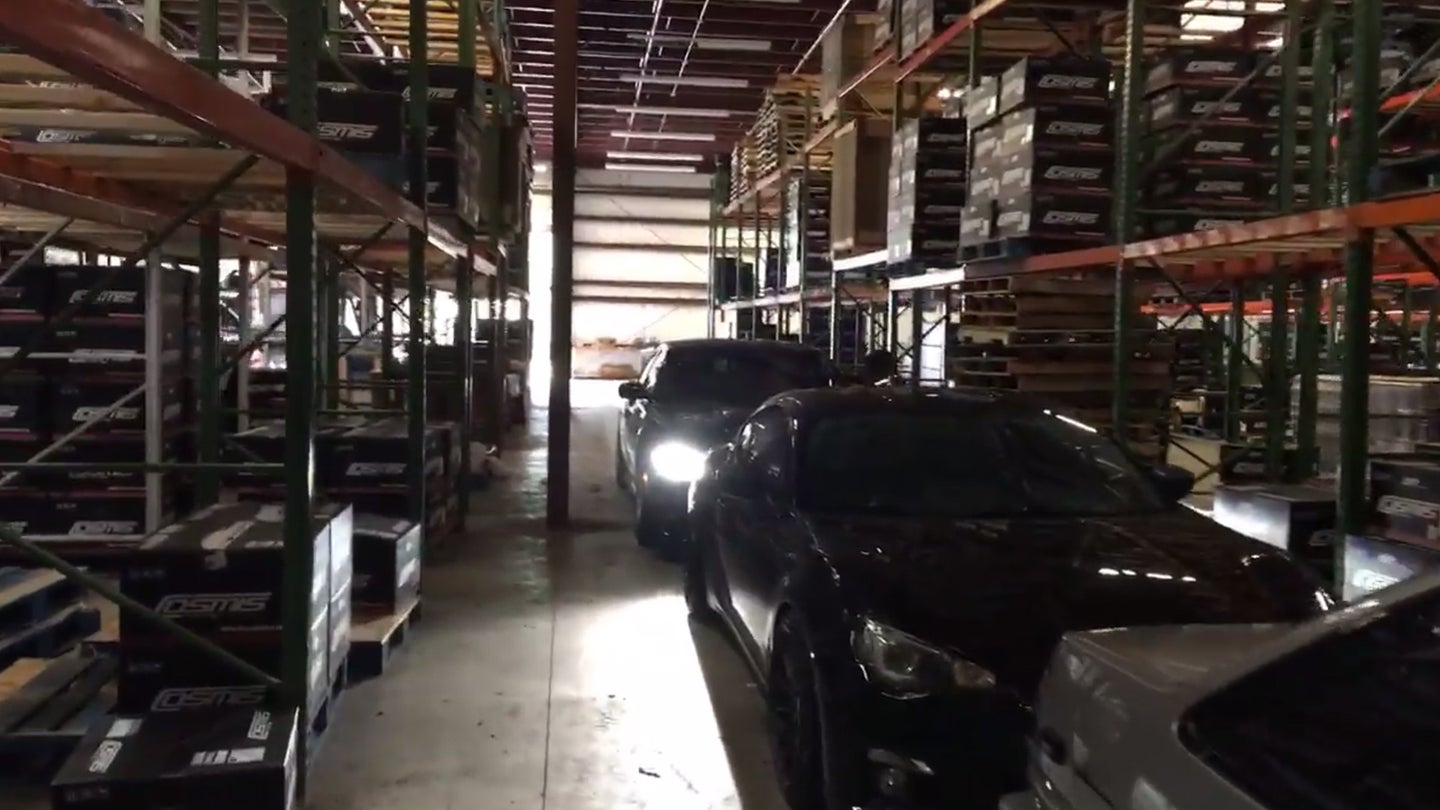 Hurricane Irma is fast approaching and currently making landfall in Miami, Florida The state has issued evacuations and mandatory curfews in hopes to preserve life and property. Despite all of the bad news comes a shred of light for car enthusiasts - you've got a place to store your car.

Import Imaging Racing in Fort Myers, Florida took to Facebook and offered anybody who wanted someplace to store their cars a safe haven through the storm. Whether the person storing the vehicle is a customer or just a resident in need - the shop is letting them store their hard work in the warehouse. The owner says the warehouse has survived hurricane Charley in 2004, so presumably it will stand again as Irma passes her strong wind and rain through the Floridian streets.

As of Friday, the shop has taken in at least six cars and a boat. Its roster includes an Audi S5, Dodge Challenger, Dodge Charger, Subaru BRZ, Subaru Impreza (with a GC8 STI swap), Nissan 200sx and some crazy widebody build that we can't identify. Each of these cars have been parked in the isles of the warehouse and the keys handed over to the staff at Import Imaging Racing who are doing their best to keep the pride a joys of others in safekeeping.

Though cars have been coming to the shop, the warehouse appears to have quite a bit of space left, as seen in the video below. There hasn't been an official word of how late vehicles will be allowed to come in for storage, though it is mentioned that the shop will try to cram in as many as possible. Just in case you're still avoiding the traffic jam caused by people fleeing the storm, you may be in luck (though you should be evacuating). Considering landfall is expected by mid-day on Sunday, it's likely that there isn't much (if any) time left to store a vehicle at the warehouse. The more vehicles they can store, the less that will potentially be destroyed by the looming storm, occurring so close to hurricane Harvey which took out nearly half a million vehicles on its own.

To many, the priority is evacuating Florida while saving as much as possible. This might mean leaving behind a special project or irreplaceable car, whether it be a rarity, or just something so sentimental that it can't be let go. Whatever the reason, it's nice to see a business give back to the community and save the property of others while asking nothing in return. Import Image Racing gets our kudos for allowing residents a safe place to let their pride and joys ride out the weather.