This mysterious exotic is set to take on Ferrari. 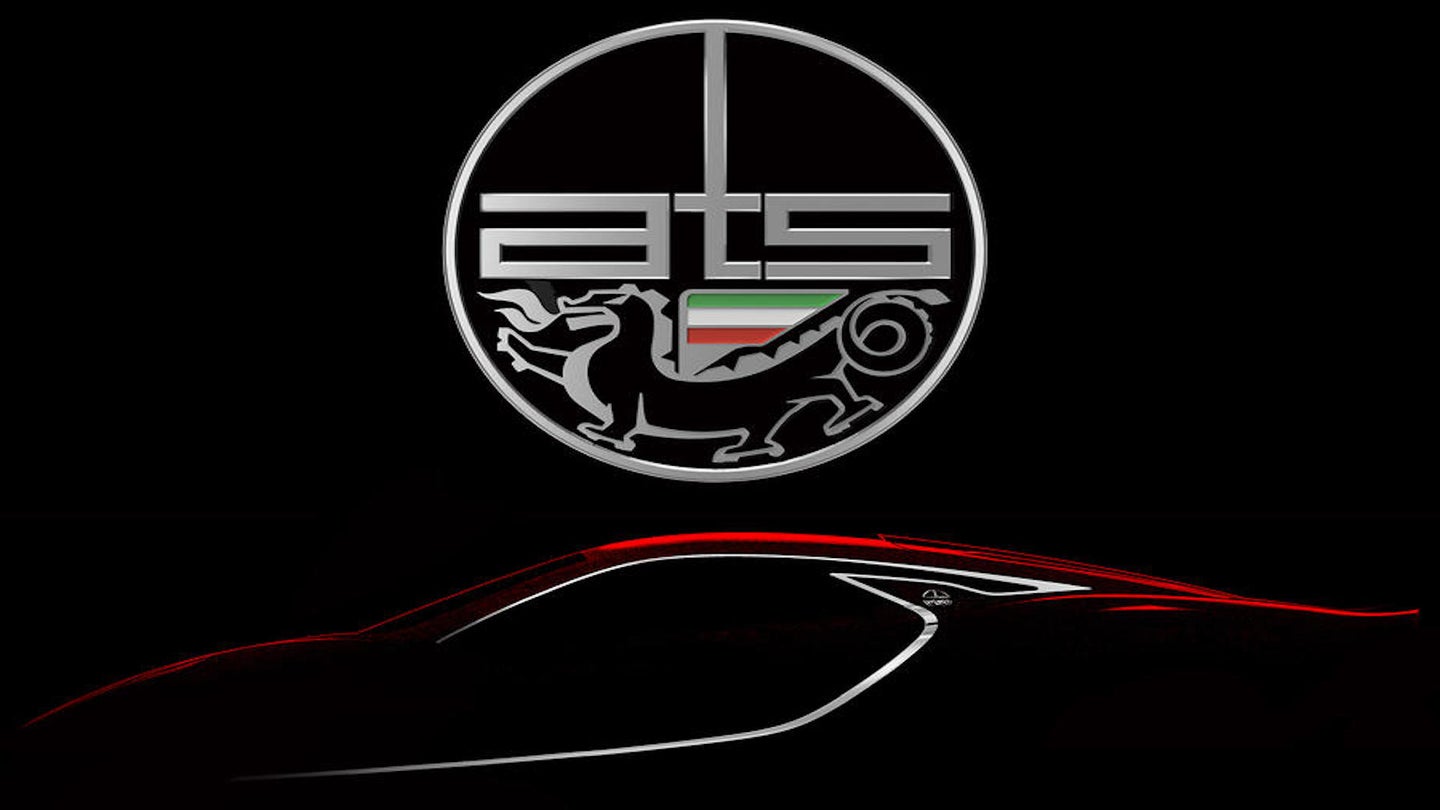 While many have tried, no car company has matched Ferrari's passion and skill for performance cars. Now Automobili Turismo e Sport (ATS) is stepping back up to the plate in an attempt to tear the Prancing Horse sigil off the wall of the super car throne room. Bologna-based ATS has made a few unsuccessful attempts to rival Ferrari since 1963, most notably with the 2500 GT; unfortunately, the car showed little promise, both at the 1963 Paris Motor Show and on the track.

According to Autocar, ATS is returning to the competition with a successor called the ATS GT.  The car features a twin-turbocharged V8, seven-speed dual-clutch transmission, and a plenty of carbon fiber. Only 12 cars will initially be built, with more on the way if demand is high enough.  Nothing else is yet known about the car, but we expect that ATS will share more performance specs when the car is officially unveiled at the Salon Privé Concours d'Elégance at the end of August.

Upon its revival in 2015, ATS tried something similar with a super car named after the 2500 GT, but nothing ever came of it. Will the new GT hit its mark, or fade into obscurity like its older brother?