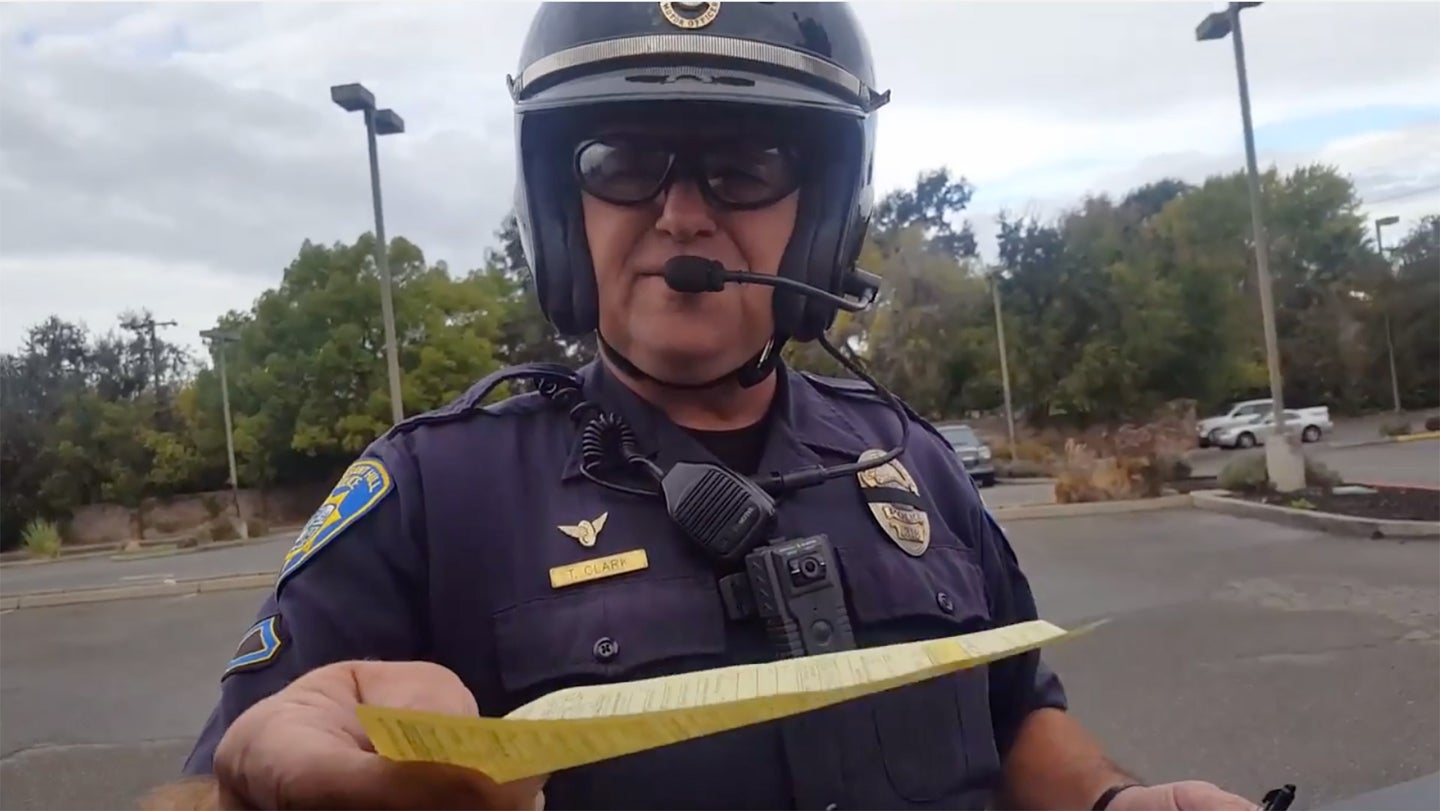 In 2012 the Department of Justice Bureau of Justice Statisticsreported there were 750,340 police officers currently serving in the United States throughout 14,633 departments. Each one of those officers have a different personality and different, yet vital, role in upholding our justice system. Unfortunately, having 750,340 of anything means issues can arise and today's prevalence of social media has resulted in the public filming everything, hoping to catch something.

Fortunately, the vast majority of police officers uphold law and order while remaining civil, courtesy and genuine. Each day they put on the badge to serve the community stitched on their sleeve. Sadly, there are people out there who needlessly berate these civil servants hoping to provoke a reaction and capture it on film. All officers are trained to have patience in a variety of situations that would test any individual and Officer Clark of the Pleasant Hill, California Police Department  motor unit displays his ability to keep cool with flying colors.

In the video link below, we get to see Officer Clark deal with one of the biggest tools (I am refraining from cursing) on the internet. Joe Outrage decides he is going to film Officer Clark because of the injustices he is experiencing for getting a "fix it ticket" as a result of a tint violation. The driver then proceeds to verbally abuse the calm officer, repeatedly saying, "do you feel good" and the true gem of "Get a real f*#king job. Go work in a city and do something good for the public." Last time we checked, being on the other end of 911 and responding to all emergencies is "good for the public." Finally, the driver then starts talking about his race, the race of the citizens of Oakland, CA and how his traffic stop is creating a racial divide. Before letting the officer go, the driver informs Officer Clark this video will go on Pvids.com and that the "P" stands for "Pigs." Of course, Officer Clark responds with, "have a safe day sir"...legend.

Whatever is running through this man's head is clearly irrational, but that doesn't make it any easier for Officer Clark to deal with. Thanks to having 30 years on the job (said in conversation), Officer Clark kept his cool, kept his body cam on and only let a few smiles of amusement sneak through. Officer Clark, we commend your patience and service to the community, no one deserves to be treated the way you were, but you handled it like a true veteran of the thin blue line.

Unfortunately we were not able to embed the video in question so please click here.