The 5 Craziest Christmas-Light Displays in the U.S.

Gas up the generator, Griswold. It’s going to be one bright night. 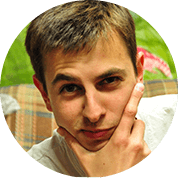 Households across the U.S. are now officially expressing holiday cheer in the form of millions of blinking lights. The quest to build the ultimate Christmas-light display has grown into full-fledged competition, complete with synchronized music, light-up robots and life-size snowmen.

We’ve rounded up the best places in the nation to see spectacular holiday illumination. Sure, there are thousands of houses we could recommend, but when a whole neighborhood bands together to make a street destination, you’ve got yourself a spectacle—and a spectacular electrical bill.

One of the oldest streets in the States to light up the night, this small street in the Sunnyside neighborhood of Portland makes Christmas lighting a full-scale operation. Complete with its own website, an official schedule and pedestrian-only nights, Peacock Lane means business. Light displays here are more on the traditional side, but have continually grown in grandeur since the tradition started in 1929.

Not too far from The Drive HQ is New York City’s most over-the-top light display. The neighborhood is filled with enormous inflatable creatures, complete manger scenes, animatronic Santas and just about every other holiday trinket you can imagine (and plenty that you never knew existed). The residents are known to compete with each other to have the craziest display, along with a coveted spot along the Christmas Lights & Cannoli Tour. Pray tell, is there a more divine pairing than cannolis and Christ?

Known as the “Miracle on South 13th Street,” the display on this block brings a full canopy of lights, connecting all the residents’ houses. Also miraculous? A block in South Philly that nobody has any compunction about walking down at night.

Riding on Philly’s coattails with its own “Miracle” nickname, rowhouses on this street get completely covered with little twinklers. Some years, each house uses a different color, filling the street with rainbow light. Keep your eyes out for giant light-up crabs! Keep your mallets holstered, now.

In this sleepy Bay area neighborhood, the street goes big, but there’s one particular house that draws most of the attention. David Newman uses 750,000 lights, covering two adjacent houses, and even brings real snow to the warm, snowless region. Talk about gumption.