The Stonic will join the all-new Hyundai Kona in the subcompact crossover arena. 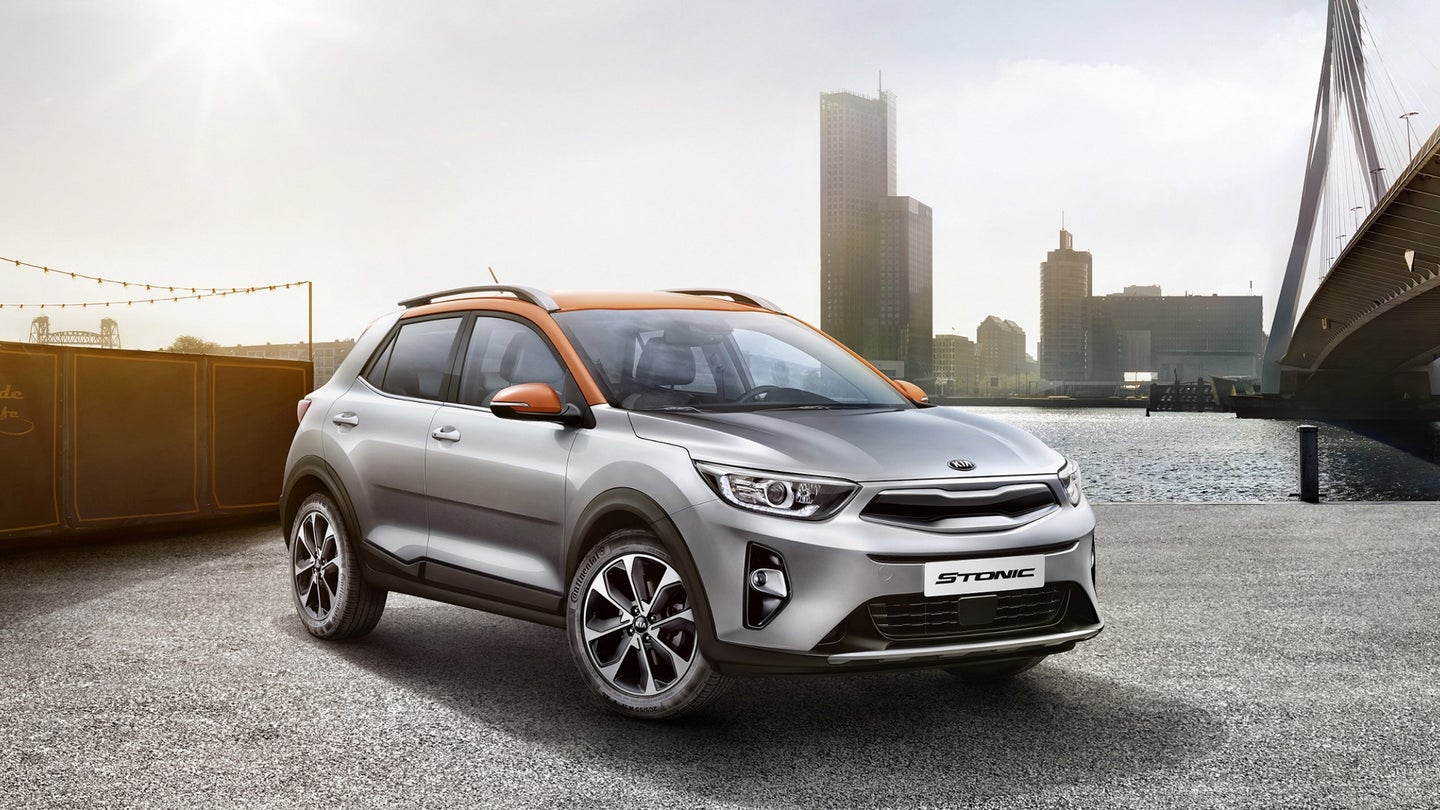 Not too long ago we got a peek at the Kia Stonic crossover concept. Apparently, it was only supposed to generate a couple weeks of hype because the production version of the Stonic was just unveiled today.

The Stonic will serve as the corporate stablemate of the Hyundai Kona which was unveiled last week. They’re joining a rapidly growing segment of subcompact crossovers where competition has been heating up. Suddenly, you can’t have a full lineup without a “cute-ute."

The design of the Stonic resembles a cross between the similarly sized Soul and Sportage. However, it looks different enough from both that there’s little risk of cannibalization. For a brand that’s traditionally a bit quirky, the styling of the Stonic is actually a bit subtle, especially compared to the Kona. A design element that does make the Stonic standout is five available roof colors making for a total of 20 different paint combinations.

Mechanically, we can expect the same offerings as the Hyundai Kona which are a naturally aspirated 2.0-liter four-cylinder with a six-speed automatic and a more powerful 1.6-liter turbo-four with a seven-speed DCT. You can see three pedals in the picture of the interior, but don’t get excited. That’s the Euro-spec model.

We don’t know anything official yet about pricing, but if it’s going to be competitive, expect a starting price of right around $20,000 in the US. We should know more about pricing and availability after the official global debut of the Stonic in the flesh at the Frankfurt Motor Show this fall.