Rusty Wallace Is Back at Daytona — In a Ferrari

He’d like to thank his sponsors, his family, and the Good Lord above. 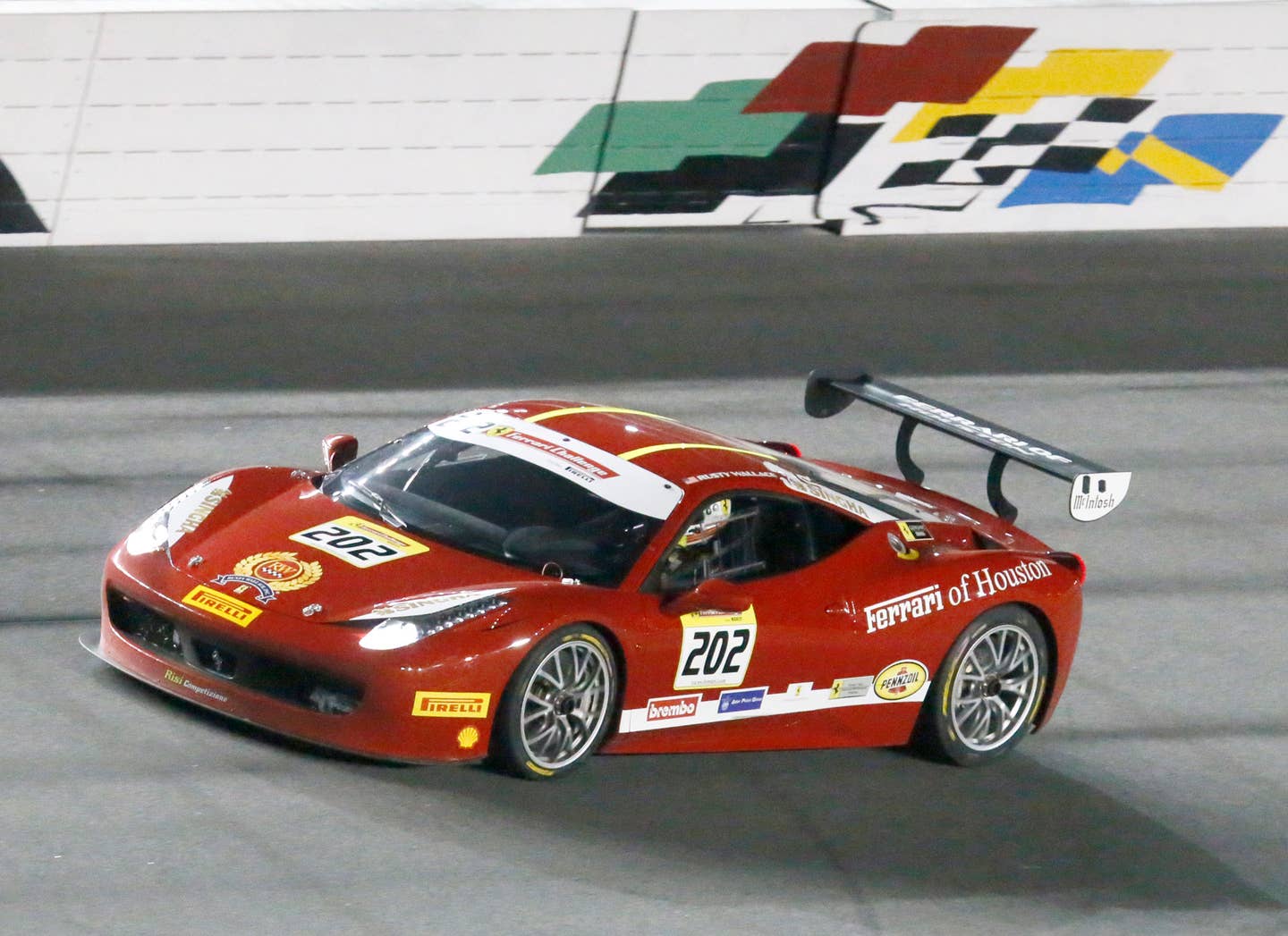 The first NASCAR race I covered was the last race of 1989, where Rusty Wallace won his only NASCAR Sprint Cup championship. And being as how my career is on a rocketship trajectory, 27 years later I’m still covering Rusty Wallace again, but this time, he’s racing a Ferrari.

But it is: He’s at the Daytona International Speedway for the 2016 Finali Mondiali, the annual Ferrari festival making its first appearance this weekend in the U.S.

Wallace is racing in the Trofeo Pirelli class, driving for the Risi Competizione of Houston. The big race is Sunday, but so far, Wallace is showing a lot of improvement, considering the fact that he has only one appearance, in 2006, in the Rolex 24 at Daytona, and that car blowed up, so he got little time behind the wheel then.

In his first race on Friday he was 15th overall and third in class. Saturday, he had a brake problems, but had the fastest speed – 192.563 mph. “Now we’ll go back, work on these brakes, tune it up and get ready for the last race tomorrow – the World Final,” Wallace said.